By Michael McNulty Whether you like Quentin Tarantino or not, the director has championed films that have often flown under the radar.  Don Siegel’s 1973 action crime caper film, Charley Varrick, being one of them.  The line, “they’ll go to work on you with a pair of pliers and blowtorch,” was lifted almost verbatim and […] 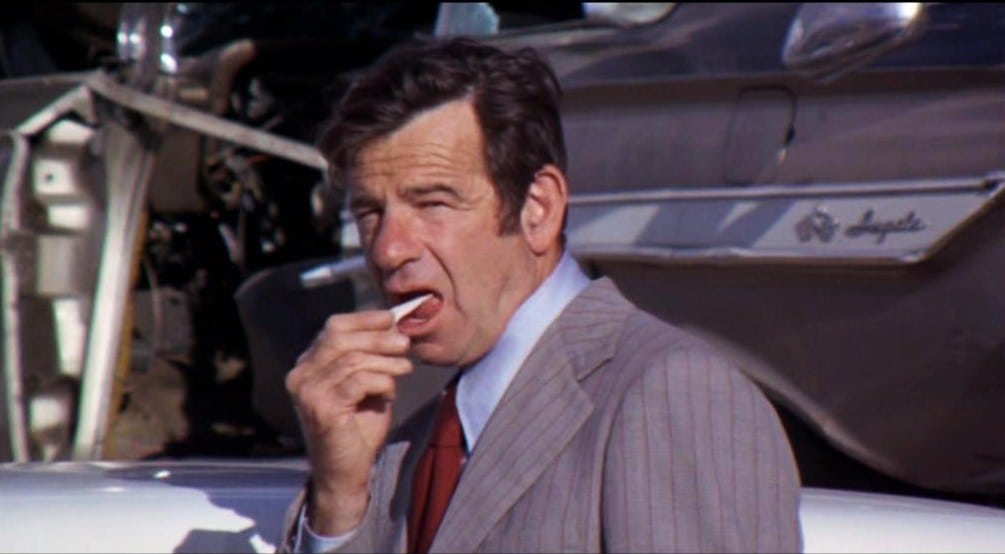 Whether you like Quentin Tarantino or not, the director has championed films that have often flown under the radar.  Don Siegel’s 1973 action crime caper film, Charley Varrick, being one of them.  The line, “they’ll go to work on you with a pair of pliers and blowtorch,” was lifted almost verbatim and uttered by Marsellus Wallace with such frightening malice in Pulp Fiction.  Siegel’s film is a taut, economical action flick based on the book, The Looters, by John H Reese.  It has a distinct No Country for Old Men quality, a cat and mouse thrill ride set in the amoral world of the dusty, sun drenched southwest, but precedes the Coen Brothers’ film by a solid 30 years.

Playing superbly against type in the title role is Walter Matthau, a stunt pilot turned crop duster, who, with the introduction of large scale, corporate run combine crop dusting, has turned to a life of small town bank robbery.  When Varrick, along with getaway driver wife, Nadine (Jacqueline Scott) and partner, Harman (Andrew Robinson), rob the bank of small New Mexico town, Tres Cruces, things go quickly awry.  The botched job results in the death of two coppers, Varrick’s wife and a take far larger than the remaining two had anticipated.

Varrick quickly puts two and two together and recognizes that an outback town wouldn’t be holding $750,000 unless it was a drop spot, money laundering operation for the mob and the money they now have is sure to carry consequences of the gruesome kind.  Cue Molly (Joe Don Baker), mob heavy, hired to track down the cash and take no prisoners.  What ensues is a twisting and turning cat and mouse chase, with Varrick working to stay ahead the game, avoiding the law and Molly’s considerable heft.

Charley Varrick has a plot that, by now, undoubtedly feels familiar and yet it still feels invigorated.  It’s focused, taut filmmaking that moves along at a quick pace and maintains a sense of suspense whilst still finding time to be light and funny.  Although, the film bursts into action and culminates in a terrific duel-cum-chase scene, the bulk of the film, for the most part, lacks explosive action and plays down its violence.  In one scene, the police close in on Varrick’s trailer and when they raid it, discover he is not home, a joke that is punctuated by a nosey, elderly neighbour who states, “I could have told you nobody was home.”  The action falls in on itself, but creates this overarching and impending sense of action to come and when there are flashes of violence, although we are never privy to it completely, the aftermath is quite shocking.

Walter Matthau’s Varrick is ultimately a crook, out to make a fast buck, but Siegel paints him with just enough humanity to make him sympathetic.  When Varrick’s wife dies, he plants a quick kiss on her, removes her wedding band and then destroys the getaway vehicle with her body still in it.  He’s charming in a quick wit, deadpan kind of way that makes the script sing and places you firmly in his court, hoping for his success.  But, the show stealer is the cowboy hat sporting, camel brown suit wearing, Molly.  His heavy strut, south-western charm and pipe are transformed into frightening accoutrements that compliment his psychopathic eccentricities; he never knowingly sleeps with whores, but will slap a woman before bedding her.  He’s the kind of exacting killer who takes great pleasure in watching his victims suffer and has found a world in which his viciousness and cruelty are a sought after commodity.

This is a strong piece of taut action filmmaking that’s sure to sweep you up and carry you off for the entirety of its runtime.