By Michael McNulty Ousmane Sembene began his career as a story teller in literature, writing a number of successful novels which were published in France.  After Senegal gained its independence from France in 1960, Sembene turned his attention to filmmaking and recognizing the universality of the moving image he travelled to Moscow where he studied […] 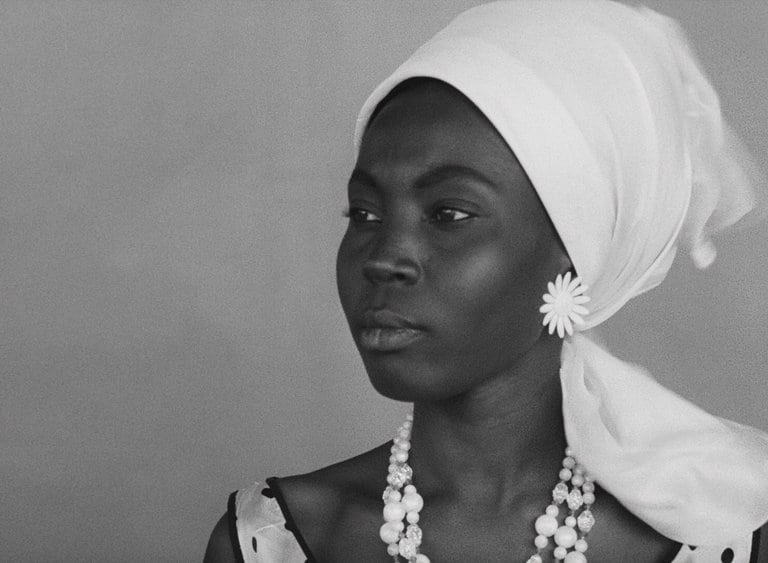 Ousmane Sembene began his career as a story teller in literature, writing a number of successful novels which were published in France.  After Senegal gained its independence from France in 1960, Sembene turned his attention to filmmaking and recognizing the universality of the moving image he travelled to Moscow where he studied filmmaking at Gorky Studios.  A year later he returned to Senegal and began his filmmaking career, developing into one of Africa’s most prominent and important directors.

Sembene’s films are self-conscious and political, fitting into what would, in 1969, be defined by Argentinian filmmakers’ Octavio Getino and Fernando Solanas as Third Cinema.  They called for cinema as revolution, demanding for the production of films outside the Hollywood, capitalist and European art film systems to extend themselves beyond mere entertainment and towards a cinema of action, liberation and decolonization.

Black Girl, Sembene’s first feature film, is a poignant critique on the postcolonial African experience.  Shot in black and white, Black Girl tells the story of Diouana (Mbissine Thérèse Diop), a Senegalese woman who is lured by the promise of financial security and a chic lifestyle to Antibes to continue in her duties as child minder for a French couple, referred to only as Madame (Anne-Marie Jelinek) and Monsieur (Robert Fontaine).  However, Diouana quickly finds herself doing the house work and cooking.  The drudgery of routine and the increasing cruelty of the matriarch of the household drives Diouana into a deep depression that is largely ignored by her employers.  Eventually, drained of hope and estranged from her homeland Diouana kills herself, slitting her throat in the bath.

Sembene’s film is less about the plot and more about the symbolic journey towards Diouana’s ill fate.  On first look Black Girl may appear rudimentarily crafted, a valiant first effort from a director limited in budget and equipment.  But, the film is very much grounded in the style of Italian Neorealism with its thematic concerns and use of a small non-professional cast.  It’s simplicity is the very fabric of the film and through it Sembene addresses the complexity of the African identity in a postcolonial world.

The apartment, in the heart of the French Riviera where Diouana find herself, is small and sparsely decorated, emphasising her sense of imprisonment, the bright white walls, hard and cold, a reminder of the young woman’s foreignness and isolation.  Hung on one of these walls is a mask, initially gifted by Diouana to her employers, a physical manifestation of white colonial fetishizing of the exotic and the reduction of culture to collectable trinkets – “looks authentic” the husband says after receiving the gift.  It is also symbolic of the relationship between France and Senegal, under its new found independence, calling attention to the underlying sentiment that economic security could only be achieved in the continued pursuit of a European identity.

Sembene intercuts the film with a series of flashbacks that trace Diouana’s journey from Senegal to France.  But, he by no accounts glamorizes Senegal over France and is never far from criticizing the structures of his home country (something that can be seen more evidently in many of his subsequent films).  Instead, he has crafted a film which calls for a movement away from co-dependence and to focus on the African identity.

The final sequence of the film sees Monsieur return to Diouana’s neighbourhood with her affairs and mask.  He tries to pay penance for her death, but Diouana’s mother turns her back on Monsieur and a young boy, perhaps Diouana’s brother, chases him out of the neighbourhood, the mask covering his face.  A powerful and symbolic moment that feels like Sembene is demanding Africa to chase away its post-colonial ties and look to a new future.