Wyndham Hacket Pain @WyndhamHP David Lynch is one of film’s most striking and unique directors. In the 40 years since his debut feature Eraserhead he has created some of the most singular works in modern American film. It is therefore a real challenge for a documentary about such a figure to live up to the […] 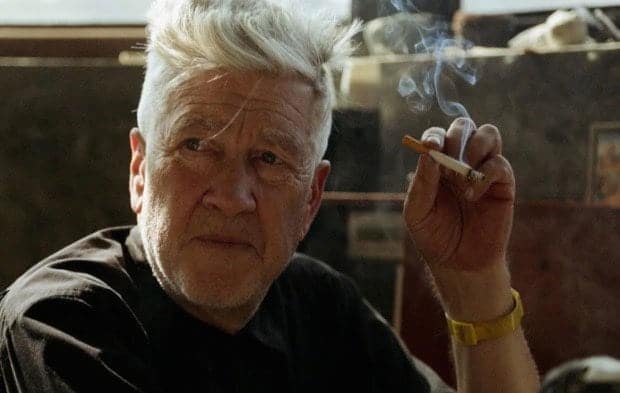 David Lynch is one of film’s most striking and unique directors. In the 40 years since his debut feature Eraserhead he has created some of the most singular works in modern American film. It is therefore a real challenge for a documentary about such a figure to live up to the person they are trying to depict.

It is a pleasure then to say that David Lynch: The Art Life, the latest documentary about him, tries to match the eerie tone and dark themes that have defined much of his work. Shot with precise cinematography and careful camera pans, the film consists of an extended interview with Lynch, intercut with footage of him in his art studio and photos taken while he was a child. It is these two things – his painting and childhood – that are the real focus of the documentary. Perhaps surprisingly, the film career of Lynch is barely mentioned, with the interviews taking us chronologically through his life, finishing just as he began to shoot Eraserhead.

It is the style of the film that is its greatest assist. There is something unsettling about each image and this is only enhanced by the soundtrack that is tense and even Lynchian. It would even have been believable if Lynch had directed the film himself. The use of archive photos is particularly well done and never interrupts the rhythm or flows of the interviews.

There have been suggestions that the enigmatic director, now in his 70s, who has spent a career evading questions about his work is now ready to speak openly and honestly about his films and creative process. Unfortunately neither of these topics are really discussed. It is true that Lynch covers his early experimental animations and the beginnings of Eraserhead but the vast majority of his work remained untouched. As a huge fan of many of his films, including Blue Velvet and Mullholland Drive, I was waiting to see the experiences behind them. It might be unfair to expect someone whose work is so complex and layered to give simple or easy answers but I was left none the wiser about the visionary director’s work.

In the end there is something missing from the documentary that can feel slow and at times lacking in energy. After seeing the film I was very surprised to find that it is only 89 minutes long. If I had to guess I would have said it was closer to two hours. It doesn’t help that Lynch speaks very closely and without an interviewer there is never a chance to break up proceedings or add a different dynamic. It is all a little one paced and can unfortunately end up feeling a bit dull.

Despite having moments of insight and intrigue, David Lynch: The Art Life focuses too much on his early life and is too detached from his films. The interesting style and soundtrack cannot overcome the feeling that a lot of the documentary bares little relation to the director’s unique work.

David Lynch: The Art Life is in cinemas from Friday 14th July.