The term ‘British comedy’ is not one to often conjure much hope and a genre known really for more misses than hits (for me), the latest British comedy to attempt to achieve success is the rather damp squib that is You, Me and Him. Starring actors that have been known to be excellent in other […] 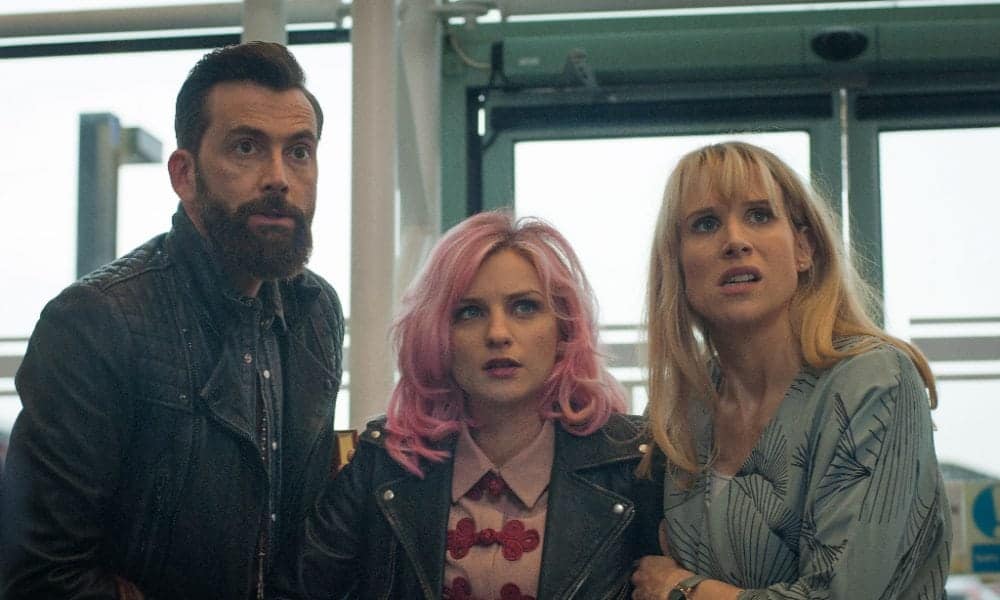 The term ‘British comedy’ is not one to often conjure much hope and a genre known really for more misses than hits (for me), the latest British comedy to attempt to achieve success is the rather damp squib that is You, Me and Him.

Starring actors that have been known to be excellent in other roles, admittedly on the small screen, including Lucy Punch, David Tennant and Game of Thrones alum, Faye Marsay, expectations for this tale of unexpected pregnancy for a lesbian couple were relatively high. Punch & Marsay play Olivia & Alex, and despite the age difference they are clearly very much in love, with Punch playing the straight character in the relationship. This is an odd choice as Punch is more than capable of pushing the comedy into areas of discomfort, but here her performance is rather muted and one-note.

The opening montage showcasing the different lifestyles raises a couple of small laughs with Punch delivering a performance of very good physical comedy throughout the opening exchanges. David Tennant plays their recently divorced, self-styled lothario next door neighbour John, who appears to be thoroughly enjoying himself hamming it up to high heaven. Marsay plays a ‘failing’ artist, who appears to be dabbling rather than actually creating art and she gives the film a tearaway spirit in a much more enjoyable way than the mid-life crises of Tennant’s, John.

Through a covert insemination process and a one-night stand, both Olivia and Alex become pregnant, with John tagging along for the ride, and the following 80 minutes of the film tries to weave its way through this odd-ball relationship but in truth falls flat with scenes becoming repetitive and the ribald humour Tennant gets to dish out wears thin rather quickly. The central relationship of Alex and Olivia is understandably tested and aside from a couple of narrative contrivances is believable throughout, which is a credit to screenwriter and director, Daisy Aitkens.

Although the film flies in the face of bigotry and insensitivity, the film does not feel like it is tailored to the LGBT community or even particularly written with them in mind, so it is hard to see that it will resonate with this audience. Overall, You, Me and Him is a partly enjoyable comedy, but mostly it is a by numbers affair that shoots for the lowest common dominator and tries to coast on the strength of its three lead actors.