Adapted from Victor Headley’s novel of the same name, Yardie is set predominately in the 1980s and opens in Jamaica. It is here that we find Dennis (Aml Ameen), a young man who runs errands for mob boss King Fox (Sheldon Shepherd). Dennis spends his days stumbling his way through small jobs while plotting revenge […] 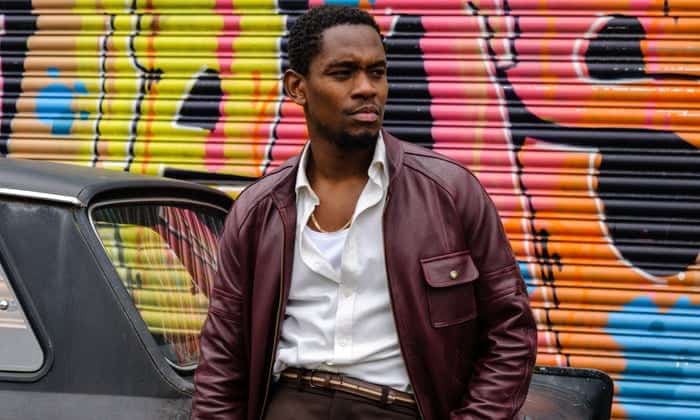 Adapted from Victor Headley’s novel of the same name, Yardie is set predominately in the 1980s and opens in Jamaica. It is here that we find Dennis (Aml Ameen), a young man who runs errands for mob boss King Fox (Sheldon Shepherd). Dennis spends his days stumbling his way through small jobs while plotting revenge on his brother Jerry’s (Everaldo Creary) killer.

Believing he can trust him, Fox asks Dennis to deliver a package of cocaine to his distributor in London. Once he arrives in London, he is ferried to the office of the strangely accented Rico (Stephen Graham).  Suspicious of Rico, Dennis runs from their meeting and ends up at the flat of his estranged girlfriend Yvonne (Shantol Jackson), who moved to London to give their child a better life. Dennis sells the cocaine through another source but still has Rico and King Fox hunting him down.

Idris Elba is multitalented and aside from acting is also a musician, DJ, producer, and most surprisingly kickboxer. Perhaps it was only a matter of time before he took up a role behind the camera. It can be hard to judge how well actors transition to the director’s chairs and for every Ladybird or A Quiet Place there are plenty of miscalculated flops. Elba looks more adept to the role than most and shows an ability to craft a convincing period feel.

The visuals are the most impressive part of Yardie and convincingly create a sense of place in both Jamaica and London. The music, which plays an important role within the film, only adds to this and is very carefully curated. Particular attention is given to the accents, with a number of Jamaican actors cast in the film. Ameen even spent a month living with relatives in Jamaica to learn the accent’s unique inflections.

Strangely, Yardie lacks the charismatic dynamism that Elba brings to each role. The visuals and storytelling never really come together and large parts of the film are left feeling pedestrian. Despite only being 100 minutes long the film feels much longer. There are plenty of scenes that meander and lack dramatic direction. Some characters turn up once or twice never to be seen again and this just adds to the confusion. A story filled with promise in the end rarely delves beneath the surface to give us any real insight into the criminal activities or migrant communities that it depicts. It is hard to ever get a sense of the difficulties faced by those who moved from the Caribbean to the UK.

Idris Elba’s directorial debut captures the look and sound of its period setting perfectly but its plodding plot stops the film feeling weighty or emotionally resonant. Yardie, much like its naïve protagonist, doesn’t have the substance to match its bravado. There are moments that suggest that Elba could be an accomplished director, but not enough to say that his first feature is a success. In the end I was left wishing that I liked Yardie more.