Stéphane Brizé’s adaptation of Guy de Maupassant’s novel, A Woman’s Life (Une Vie in French), is a strangely affecting film that circles the sink hole of despair telling the life story of Jeanne (Judith Chemla), a young woman in 19th century France. Recently returned from her convent boarding school, Jeanne begins her adulthood as a […] 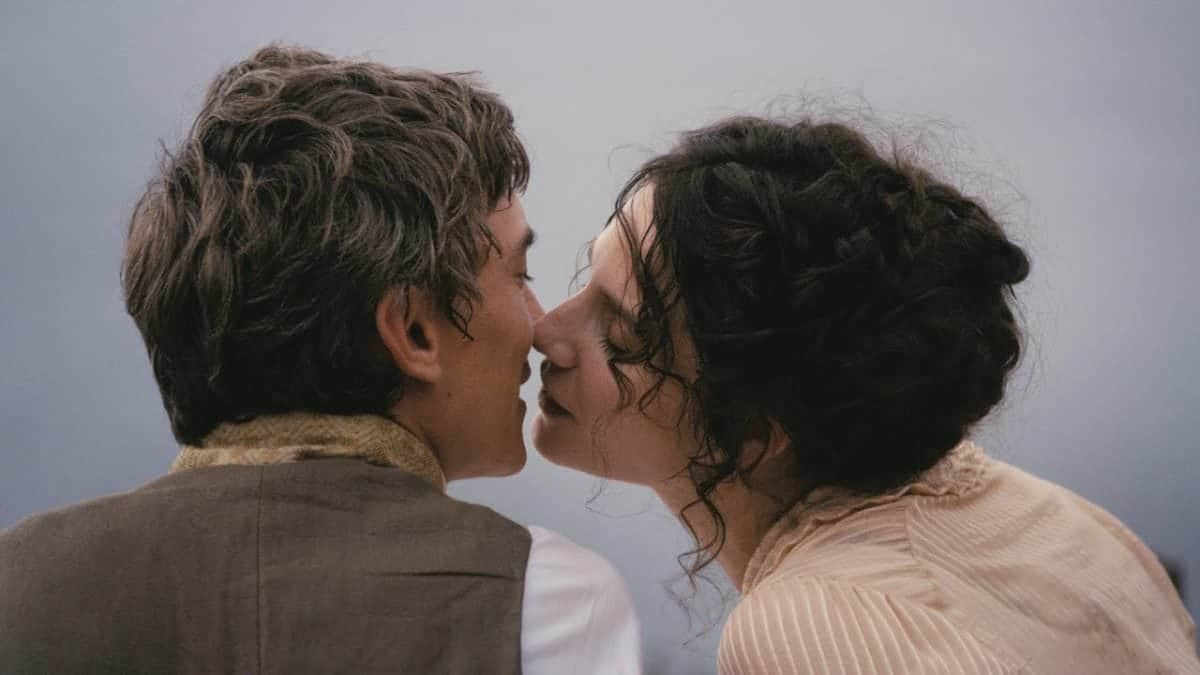 Recently returned from her convent boarding school, Jeanne begins her adulthood as a well of unbridled hope and joy. There is a child-like innocence to her as she whiles away warm afternoons gardening with her father.

With the arrival of Julien de Lamare (Swann Arlaud), a young Viscount with no family of his own and a hefty amount of debt accrued as a result of his dead father’s gambling habits, Jeanne briefly courts and then marries the man.

It is not long before the romanticized notions of married life quickly fade and the reality of Jeanne’s existence descends upon her. The night the two consummate their marriage is palpably uncomfortable and suggests at the true nature of Julien; a man who balks at the cost of heating their estate, refusing Jeanne any more wood burning logs.

When it is discovered that Rosalie (Nina Meurisse), the wet nurse, is pregnant by Julien, a result of him having forced himself upon her, Jeanne is cajoled into forgiving Julien by the local Priest and her family.

A Woman’s Life swims in the murky waters of slow disillusionment. What begins in the soft, heavenly yellow-golds’ of summer is slowly stripped of all warmth and descends into a cold, miserable, rain sodden existence fraught with loneliness and despair.

Brizé makes use of a pillbox 4:3 aspect ratio that forces the film and Jeanne’s world into a boxy claustrophobic space that prevents you from ever having a clear view of the unfolding action. The second halves of conversations occur out of shot, or two characters awkwardly share a frame that neither can fully occupy, all of which imbues an underlying sense of frustration and discomfort.

The film’s structure is loose, unfolding in episodes that jump between two narratives that run parallel, the past and the present, with both centring on a death in the family. Jeanne occupies both spaces in much the same way, she is passive, life swirls around and she suffers the consequences of it as misfortune begets more misfortune.

It’s difficult to invest in Jeanne, Chemla’s portrayal of the character walks the young woman along a fine line of apathetic ennui and patheticness and as a result you begin to question what exactly you’re supposed to feel for her, sympathy or frustration, or both. But, that conflict of emotion serves the atmosphere of the film well and it is here were Brizé really succeeds. He creates a world that shrouds you in a thick fog of utter despair that is at once, both sharply stark and delicate.

The period detail is also of note, with Brizé managing to capture the grandeur and stuffiness of bourgeois life and the undercurrents of boredom and limitation that run through fleeting moments of folly.