Lili Fini Zanuck’s latest film is a rock-doc that chronicles the turbulent life of Eric Clapton. The connection between director and subject goes back at least a quarter-century with Clapton scoring the only other film she has directed, Rush in 1991. The documentary the pair have created is engaging for the first 90 minutes but […] 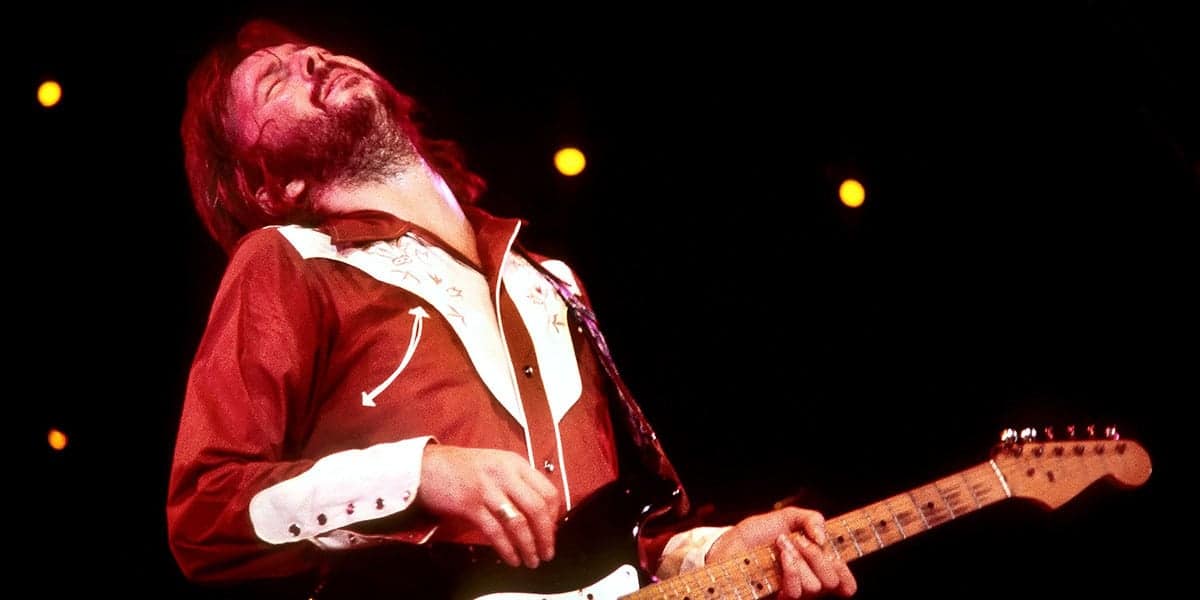 Lili Fini Zanuck’s latest film is a rock-doc that chronicles the turbulent life of Eric Clapton. The connection between director and subject goes back at least a quarter-century with Clapton scoring the only other film she has directed, Rush in 1991. The documentary the pair have created is engaging for the first 90 minutes but ends up losing its way.

The film opens with the early life of Eric Clapton, which was in his own words “blissful” until a horrible revelation marred his childhood and seemingly impacted his ability to form meaningful relationships for a few decades. The revelation is used as a catalyst at several points in Eric’s life where he is subjected to terrible parenting and rejection. A happy family portrait the documentary does not paint.

Eric was introduced to American blues music via a U.K. kids radio show and this started his obsession with the genre and instilled in Eric that feeling of teenage ownership towards it. After teaching himself to play the guitar via playing along to his imported records he was drafted at a tender age into the already successful Yardbirds – a group he quit for becoming “too pop” and getting “Beatles haircuts” on the international hit “For Your Love”.

Clapton was instrumental in helping blues rock in the U.K. enter the mainstream and this started in earnest with the next band he was in, John Mayall & the Bluesbreakers. Success followed via a number of bands and Clapton became part of a jet set of musicians including The Beatles and The Rolling Stones. This part of the documentary was entertaining but it did feel to be skim read of the time period and the success Clapton was having, the only song to be given in-depth attention was “Layla” from Eric’s time in Derek and the Dominoes.

Trouble was seemingly never too far from Eric and the documentary paints this is as something borne out of Eric’s difficulty in building meaningful relationships and his introverted persona. How far you’d agree with this is probably dependent on how much a fan of Clapton you are as I found his pursuing of George Harrison’s then-wife, Pattie Boyd, to be uncomfortable and close to harassment. Due to the love with which Clapton claimed to be filled not being gratified by Pattie, Clapton became mired in drug and alcohol abuse. There is a long stretch of this documentary dedicated to this part of Clapton’s life and the subsequent time towards the documentary’s conclusion is meant to play out as a tale of redemption but although pleasing to see on one hand, on the other it does stray into woe is me, navel gazing territory which was hard to sit through.

The film deals with the accidental death of Clapton’s son, Conor, expertly and is genuinely moving. Clapton’s voiceover during these segments is still pained and the obvious love and emotion in his words is clear for all to hear. The brief focus on the song “Tears From Heaven” to end this section works well and is much stronger than the drug addiction sections that come before it.

Voiceover is all we get with this film along with archive footage, some of which is previously unseen, and although Chris King of Senna and Amy fame is on board as the editor, the documentary is rather dry. The people that pop up in the documentary including Pattie and Eric’s grandparents are interesting characters and help flesh out the narrative but Clapton himself is not the most engaging of people, offering a monotone delivery at times that diminishes engagement somewhat.

This documentary is a good watch for Clapton’s die hard fans and muso-blues rock heads but rather like watching a blues band have a jam session, it is good at the beginning, a bit baggy in the middle, and only offers a partly satisfying conclusion.