I was too young for Whitney-mania (‘I Will Always Love You’ finished its streak at No.1 the week I was born), but to my generation also she is always known as a massively talented individual. She is engrained as a purveyor of ‘legacy’ music, a voice and a performer that rightly became instantaneously legendary. Whitney […] 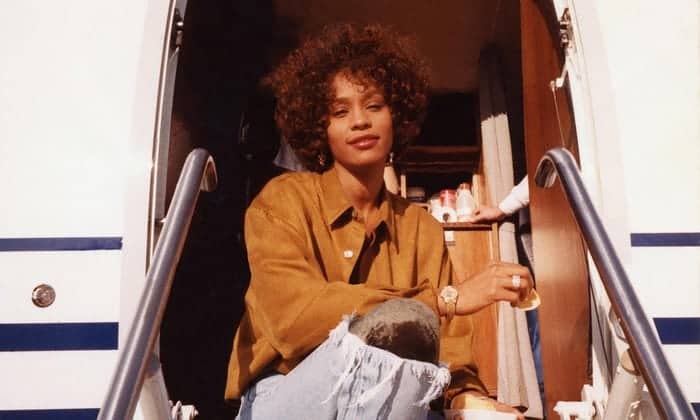 I was too young for Whitney-mania (‘I Will Always Love You’ finished its streak at No.1 the week I was born), but to my generation also she is always known as a massively talented individual. She is engrained as a purveyor of ‘legacy’ music, a voice and a performer that rightly became instantaneously legendary.

Whitney dives into the star’s rise and fall, filmmaker Kevin Macdonald’s experience of Touching The Void surprisingly relevant for this painful tale of both Whitney‘s undeniable talents and the depths of her despair.

‘I Will Always Love You’, and the film from which it derived (The Bodyguard starring Houston and Kevin Costner) was a point when her career reached ‘the stratosphere’. Whitney also pulls no punches from what happens next. Family members are willing to admit their complicity in her drug addiction, and particular opprobrium is reserved for Bobby Brown’s resentment of his far more successful ex-wife.

The visually barren talking heads technique is prevalent throughout Whitney, but can be excused for the careful crafting of a narrative that illuminates the dark corners of her life. The material here is dedicated solely to extracting the pertinent information, regardless of name recognition (Costner has mere seconds onscreen).

Unless you’ve spent your entire life living in North Korea, you’ve been aware of both Whitney Houston’s talents as an artist and how drugs destroyed her. This documentary’s greatest strengths accordingly lie in the focus on ‘Nippy’s’ childhood, and how it directly affected her later life.

Born to a Motown backing singer and corrupt New Jersey politician, the disciplinarian nature of Whitney‘s mother and explosive further revelations go to explain a lot of what was to come. Like all the best documentaries, Whitney is not afraid to confront white-hot controversy.

Media culpability is held up here too, and American Dad‘s lampooning of Houston is made especially shameful in its context. Macdonald is able to inspire the need for empathy and understanding in the face of someone facing drug addiction.

In spite of everything, it’s not all doom and gloom. Particular joy is taken in focusing on Houston’s earlier such as gospel (one interviewee flippantly remarks it could convert a Jew to Christianity), and her phenomenal first television appearance.

The hits are all there, even if Whitney wisely speeds through the years she was at the top and still ascending. Perhaps a little too much time is spent inspecting the final few years of her life, which unfortunately feel a lot like the few years before. Long tracking shots focusing on Whitney‘s homes are limited by the clinical stillness of these surrounds now.

Whitney falls short mostly by comparison. Asif Kapadia’s Amy ditches the talking heads, and the tragedies of familial selfishness and drug addiction hit all the harder for Winehouse’s youth. Though if you’re willing to go through the same pain again, and celebrate the life of another female star cut down by demons everywhere, Whitney certainly merits your time.