A decade on from their first collaboration, director Paul Thomas Anderson and actor Daniel Day-Lewis reunite for another tale driven by strong personalities, power struggles, and personal obsession. Set in 1950s London, Phantom Thread follows Reynolds Woodcock (Daniel Day-Lewis), a fashion designer who makes clothes for high society and even royalty on occasion; a meticulous […] 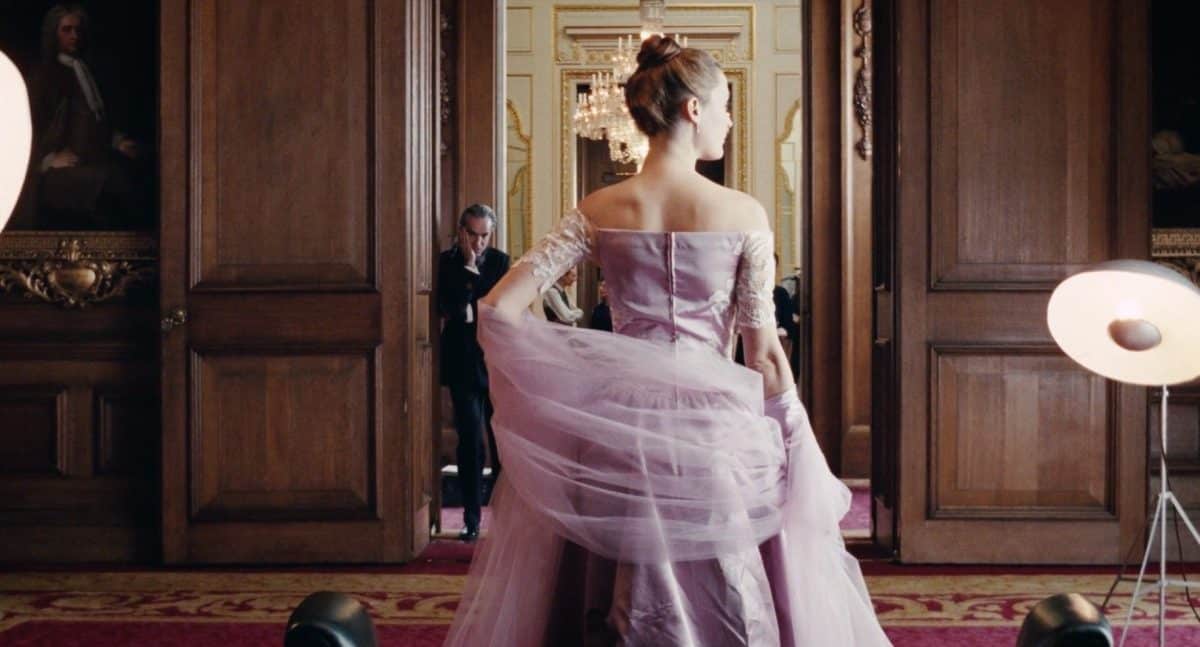 A decade on from their first collaboration, director Paul Thomas Anderson and actor Daniel Day-Lewis reunite for another tale driven by strong personalities, power struggles, and personal obsession.

Set in 1950s London, Phantom Thread follows Reynolds Woodcock (Daniel Day-Lewis), a fashion designer who makes clothes for high society and even royalty on occasion; a meticulous craftsman, with a precise routine and method. One day he meets Alma Elson (Vicky Krieps), a waitress at a sea side restaurant, and is instantly infatuated with her. She joins Reynolds and his sister Cyril (Lesley Manville) at their London home, and is soon assisting him & modelling his clothes. As much as she inspires Reynolds, she also disrupts his work, and tension soon brews between them.

Phantom Thread is, at its centre, a story of artistic obsession, and the drive for aesthetic perfection. Alma might inspire and fuel Reynolds’ creativity, but she also upsets his working practice and detailed methodology, her requests for attention seen by him as inconsiderate and intrusive distractions.

At the same time Alma asserts her right to exist as more than just an ornament in a decorated but functional household. It is this battle of wills that forms the film’s dramatic centre. Like with There Will Be Blood and The Master, Anderson has placed two contrasting characters together and allowed the tensions to play out. Compromise is something that Reynolds is yet to learn, as he tries to uphold a masculine control over Alma and the household.

There is an elegant appearance and surface to everything in the film. It is beautifully shot, with a purple hue to the cinematography that gives proceedings a cool and delicate feel. The score – from Radiohead’s Jonny Greenwood – is excellent, bringing a tension and rhythm to a story that has few twists or turns. His work will be familiar from Anderson’s previous three features, and this is another brilliant collaboration.

For all the superb qualities that the film possesses, I’m not convinced that Daniel Day-Lewis’ turn as Reynolds Woodcock really is the great final performance that some are suggesting. His acting method and the way he immerses himself in each role is well documented, but there are times when he struggles to deliver the dialogue convincingly. On several occasions his performance brought laughter from those at my screening. Reynolds, in part due to his complete lack of self-awareness, can be ridiculous at times, and slightly hard to believe in – not even a fashion designer can pull off purple silk pyjamas, a waistcoat, and tweed jacket.

Anderson’s dialogue has always been evocative and memorable, but this time round there are a number of lines that feel out of place. His previous work has been steeped within American mythology and history, yet it is clear that he does not have the same understanding and grasp of period and setting that he displayed so well with There Will Be Blood, The Master, and Inherent Vice. These films took place within a very precise time and place, but Phantom Thread is vague when it comes to these notions. It is meant to be set during a very specific time, but instead the green squares and London brick houses do not look too different from the city we see today. It is missing period details, and there is even a moment when a very 21st century looking sign for UCL can be spotted in the background of a shot.

Phantom Thread is full of many beautiful images and memorable moments, but didn’t grip me the same way Paul Thomas Anderson’s previous films have. Despite its many virtues, it feels more like a minor film from the leading American director of his generation.