Jonathan Hacker’s documentary, Path of Blood, goes behind the curtain to reveal the inner machinations of Saudi Arabia’s Al-Qaeda factions circa the mid-2000s. An opening title sets the stage, re-illuminating anyone who may have forgotten to the fact that in the wake of 9/11 the world has seen the emergence and proliferation of Islamist extremist […] 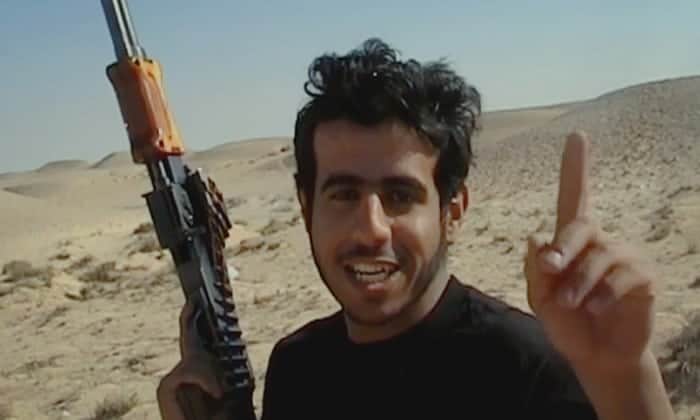 Jonathan Hacker’s documentary, Path of Blood, goes behind the curtain to reveal the inner machinations of Saudi Arabia’s Al-Qaeda factions circa the mid-2000s.

An opening title sets the stage, re-illuminating anyone who may have forgotten to the fact that in the wake of 9/11 the world has seen the emergence and proliferation of Islamist extremist groups intent on destroying the West and establishing a global caliphate.

We are then whipped into a sparse white room where a group of young men dressed in thobes, keffiyeh’s masking their faces and sporting grenade launchers, Kalashnikovs and handguns attempt to film a martyrdom tape.  From here, Hacker’s documentary is unparalleled, stringing together a narrative from the piles of Al-Qaeda home footage discovered by Saudi security forces after a raid on a safe house.

The frighteningly raw, access all areas perspective provides an intimate look at the inner workings of Saudi terrorist cells.  The footage amassed captures everything from the scale and scope of Al-Qaeda’s efforts, moments of shocking brutality and terror to football kick-abouts and the practicalities of fitting a car with a bomb.

Structurally, Path of Blood advances with the chronology of the mounting number of attacks occurring in Saudi over the course of the 2000s – beginning with the Riyadh residential compound bombings of ’03, and running through to the attempted assassination on the head of security forces Prince Mohammed Bin Nayef in 2009.  Occasional narration provides backdrop and commentary, but largely Hacker lets the footage speak for itself. This both serves and fails the film.

The footage is extraordinary in its proximity to the terror created and enacted, but the lack of critical analysis feels like a missed opportunity.  And, although moments briefly touch on the psychology behind the young men recruited, their lack of education (both religious and academic) setting them up as prime candidates for radicalisation, this is disappointingly underexplored.  The same is true in Hacker’s approach to the Saudi government.  Beyond 9/11, the documentary fails to address the historical context surrounding the rise of religious extremism within the Kingdom and the full extent of the government’s subsequent efforts to quash it.

The result is a documentary that feels fit for television and one that may urge people to pick up books like ‘The Looming Towers’ and ‘Isis: Inside the Army of Terror’ for an in-depth look at the complexity of one of the 21st century’s biggest blights.