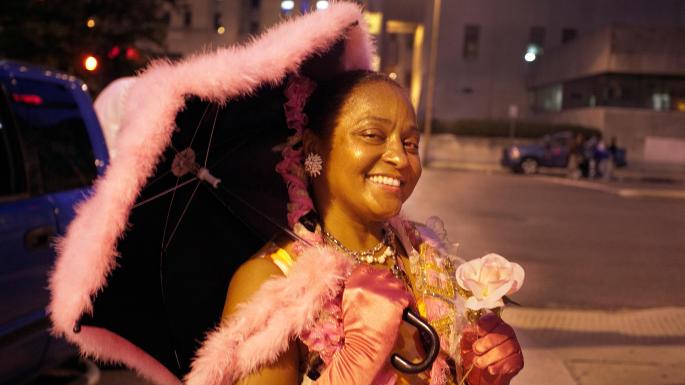 Best known for her editing work on the long-running television documentary series Panorama and Dispatches, Renee Edwards takes the director’s seat for the first time with her underwhelming documentary, One Note at a Time, an examination of New Orleans’ music scene post-hurricane Katrina.

In the immediate aftermath of the hurricane, which devastated the city and claimed the lives of over 1,800 residents, many residents chose to leave.  Amongst them were the stalwarts of the Crescent City’s music scene, a number of whom help to shape and define Rhythm and Blues and Jazz music.  But, the deep musical tradition of New Orleans has over the years drawn many back, and this is where Edward’s documentary picks up.

Tying together the fragile recovery of New Orleans’ music scene with the fragile health of many of the city’s musicians who cannot afford health insurance, Edwards centres her documentary on the New Orleans Musicians’ Clinic (NOMC), an organization that offers comprehensive medical care to musicians on a sliding scale pay scheme.

Ultimately, One Note at a Time is a confused documentary.  On the one hand, we follow the Bultmans, the couple who established the clinic and get a somewhat tepid indictment of America’s health care system through interviews with musicians who explain the difficulties of obtaining adequate healthcare.

On the other hand, it is an homage to New Orleans’ rich music history that fails to capture any of the scene’s vibrancy despite interviews with legendary musicians like Irma Thomas, Wardell Quezergue, and Barry Martyn.

The Musicians’ clinic’s motto is “keeping the music alive,” and as New Orleans’ music scene picks itself up off its knees, it’s more important than ever to ensure those who give it life, have life themselves.  Edwards does no more than dip her toe in these waters, disappointing when you learn that she spent four years collecting footage.  The result is a documentary that is difficult to engage with and sadly, easy to forget.