Whether it is the overtly racist Birth of a Nation – a film that President Woodrow Wilson screened at the White House – or Gone with the Wind which denies the truth about slavery,cinema for a long time failed in its depictions of race. 1989 was a monumental year on the global stage but it […] 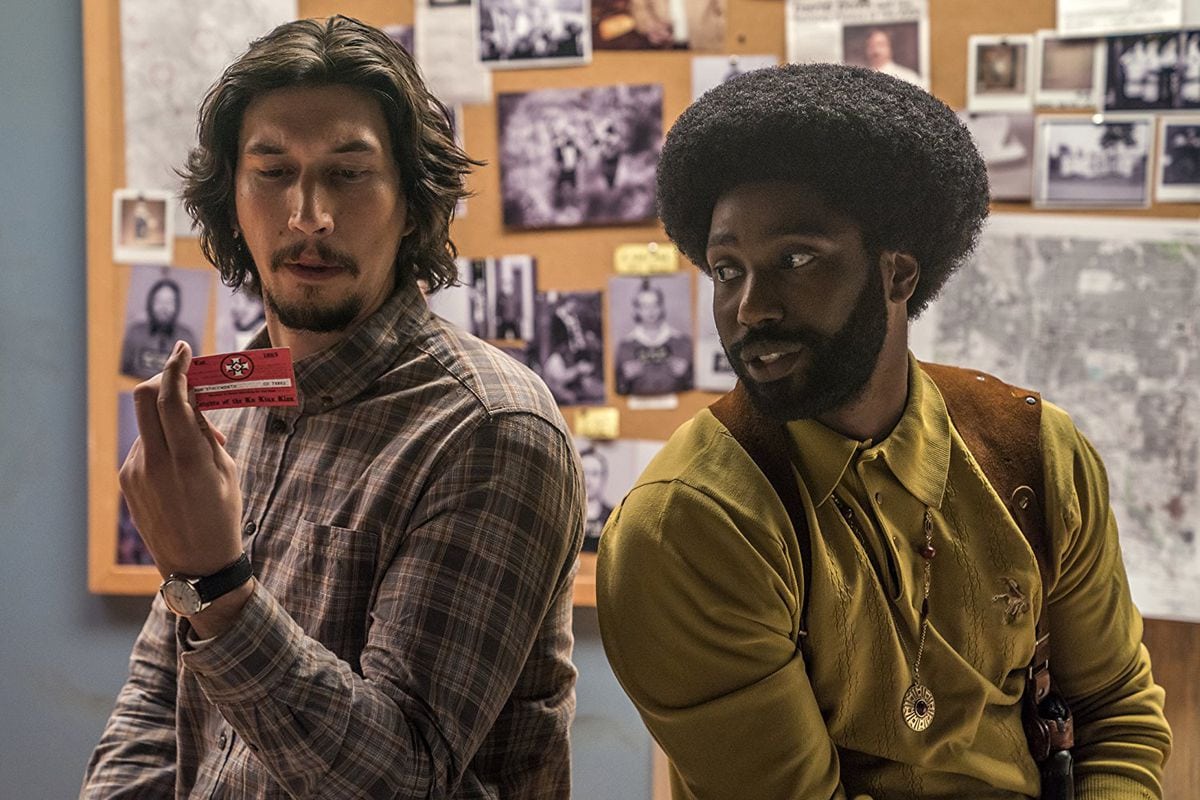 Whether it is the overtly racist Birth of a Nation – a film that President Woodrow Wilson screened at the White House – or Gone with the Wind which denies the truth about slavery,cinema for a long time failed in its depictions of race. 1989 was a monumental year on the global stage but it also saw a young black director called Spike Lee cover the topic of race with the intricacies and understanding that it deserved. Do the Right Thing has rightfully gone down as a masterpiece and a landmark film and almost 30 years later Lee is once more adding to our discussions on race.

BlacKkKlansman is set in 1972 and follows Ron Stallworth (John David Washington), the first black detective within the Colorado Springs police department. Initially consigned to work within the records room, Ron requests a transfer to the undercover detective department. After being assigned to infiltrate a rally from civil rights leader Kwame Ture (Corey Hawkins), Ron sees an advert for the Klu Klux Klan in the local newspaper and believes that the police should be working to stop them. Despite some support, notably from fellow detective Flip Zimmerman (Adam Driver) who joins the Klan on Ron’s behalf, the police department are suspiciousof Ron and his attempts to take down the Klan.

Spike Lee, both in interviews and on film, has never been scared to voice his opinions on current affairs. There is clearly a lot in the news that he wants to comment on and he finds the story of Ron Stallworth, which is mostly true, a perfect vessel to express what is on his mind. BlacKkKlansman explicitlytackles issues of white supremacy and racism within the police, but there are also several nods to the Trump presidency and its links to the Klu Klux Klan.

Ron’s story within the context of the film is bittersweet. He might have stopped the Klan’s attack but his investigation is disbanded soon after. His story within the context of the film’s release is much sadder. Since the 1970s the Klan has been allowed to regroup to the extent that they can endorse the President. Lee is interested in the Klan’s mind set and has a desire to understand their motives. They are clownish and monstrous but are never simply figures of fun. The appearance of David Duke (Topher Grace) at one of the Klan’s events and the sight of a burning cross reminds us of the damage the small Colorado group can inflict.

For all its serious subject matter there are many funny moments within the film. On several occasions Ron finds himself of the phone with Duke, who believes him to be white, and the conversations they have are very amusing. Acouple scenes are set up too much for laughs and some of theemotional weight of the film can be lost.

With its eye as much on the present as the past, Spike Lee distils decades of tensions and discussions on race into this funny, angry, and sobering film. BlacKkKlansman reinforces Lee’s place within American cinema and should be seen among his best work.