Darren Aronofsky is angry; in fact, he’s furious! Those worried that one of contemporary cinema’s foremost provoc-auteurs would be forced to temper his uncompromising artistic vision following the vitriolic outrage many levelled at his previous feature – 2014’s unfairly maligned biblical blockbuster, Noah – had nothing to fear. Indeed, if the initial reactions from the […] 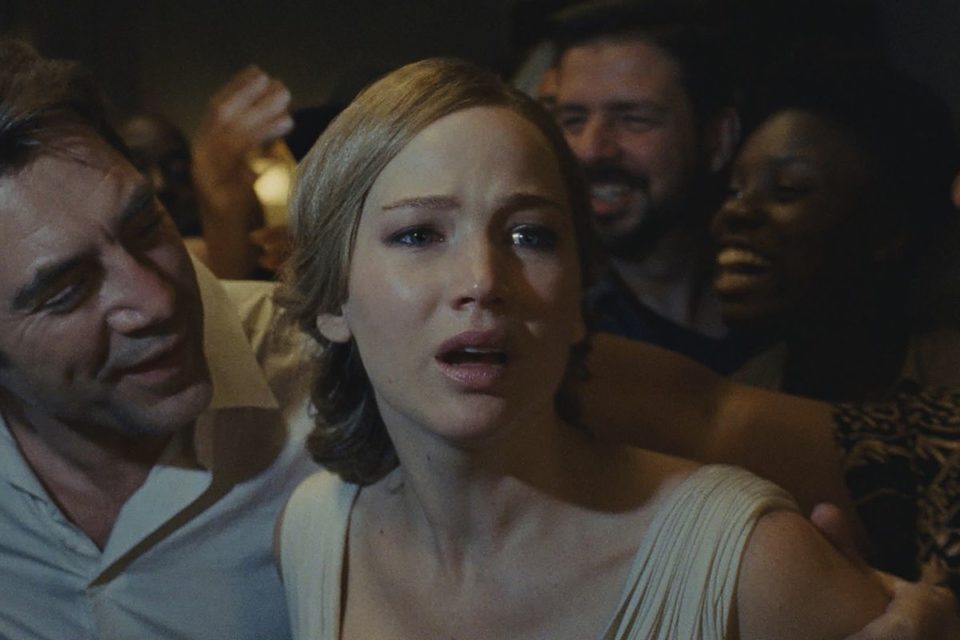 Darren Aronofsky is angry; in fact, he’s furious! Those worried that one of contemporary cinema’s foremost provoc-auteurs would be forced to temper his uncompromising artistic vision following the vitriolic outrage many levelled at his previous feature – 2014’s unfairly maligned biblical blockbuster, Noah – had nothing to fear. Indeed, if the initial reactions from the press corps in Venice are any indication, mother! may well be Aronofsky’s most divisive film to date. It’s certainly, in this critic’s eyes, one of his best.

As a filmmaker, Aronofsky has always been thematically drawn to the strength and the fragility of the human condition, but never before has he confronted the subject with such visceral aggression. The tone is set with the opening image, a close-up of a female face whose body has been devoured by the flames of a fire. Her flesh blisters & burns, and yet she does not scream. Instead she stares at the audience, as if they are to blame. We cut, suddenly, to the title card; that loaded exclamation point gleefully emphasising the director’s hostile demeanour.

Grounding the film with contextual detail isn’t a concern for Aronofsky, introducing us to the focal couple without even proffering their names; a trait he extends to each character in turn. Transporting us to a remote country house that’s seemingly isolated from all other civilization, we meet a younger woman (Jennifer Lawrence) and her older husband (Javier Bardem) living a tranquil life of solitude. He’s a celebrated writer, unable to find the inspiration needed to write his next vignette, while she occupies her days decorating their great manor; a task she undertakes with a submissive devotion.

There is, initially, a deep & soothing serenity to their insulated lifestyle, but behind this façade lies something far darker. Despite their obvious affection for each other, there’s a distance between the couple that goes beyond the vast difference in their age – an emotional chasm that’s magnified by the fact that they don’t yet have a child.  Eschewing music entirely, the film’s soundscape is a rasping diegetic symphony of rumbles, crashes and screeches that reverberate eerily throughout the empty house: Aronofsky’s decision to concentrate the story within the confines of this creaking domain ensuring that this mood of calm is quickly supplanted by one gnawing unease.

This sense of disquiet soon swells further with the sudden arrival of a mysterious surgeon and his steely spouse (Ed Harris & Michelle Pfeiffer), who claim to have thought that the house was a B&B, and presumptuously insist on lodging in one of the spare rooms following an invitation from Bardem’s affable author.

Throughout, the man of the house remains courteous and obliging towards his guests, in spite of their wilfully insensitive nature. Even after it is revealed that the surgeon has a more direct reason for wanting to stay, he remains amenable and welcoming. By contrast, Lawrence’s dutiful housewife finds herself provoked more and more by the discourteous attitude of these invasive visitors; an anxiety that eventually consumes her psyche.

Aronofsky takes a clear creative cue from Luis Buñuel’s The Exterminating Angel; like that film, mother! is an ambitious and thrillingly operatic descent into the madness of the human mind. An astonishing moment of heightened melodrama, and suddenly Lawrence’s character finds herself confronted with a situation that’s enough to give any proud homeowner heart palpitations; one could, perhaps, wryly determine that the whole film is an allegory for the overwhelming stress faced by those who host a house party that veers wildly out of control.

Ever the trickster, Aronofsky delights in uncomfortably teasing his audience, permeating the heightened air of discomfort with moments of sardonic farce, many of which come courtesy of Michelle Pfeiffer, who returns after a prolonged hiatus and immediately reminds us what a commandingly playful presence she is. But this is Lawrence’s film, and it’s her performance – a profound, complex and honest portrayal of overwhelming disquietude – that truly holds our gaze: DP Matthew Libatique maintains an close distance to the actress throughout, the restless camera almost permanently tracking her from behind or coming intrusively close to her face, allowing Aronofsky to hold a subjective focus on his heroine.

Many will note the tonal similarities between mother! and Black Swan, but in my opinion there are greater parallels with Noah; both films drawing on the director’s own stance towards climate change and its impact on our world. But there are also other threads to be considered here regarding contemporary perspectives on religion & celebrity, as well as an arresting dissection of our archaic societal attitudes towards the roles of gender. Much of this manifests itself in the fierce final act – a surreal & macabre fever dream that explodes with the ferocity of a live hand-grenade, and leaves you practically quivering in the aisle.

Some may find the film’s weighty ambiguity too abstruse to truly appreciate, but from my own personal point of view, mother! ranks as Aronofsky’s greatest achievement to date; a chilling sociological study that probes the bleakest recesses, and considers the darkest realities of our existence. It’s telling that the only song used, which plays over the final credits, is a haunting rendition of Skeeter Davis’ ‘The end of the world’; the only conclusion one can surmise, is that we’re all fucked!

In cinemas from Friday 15th of September