Nicholas Cage does a good line in B-movie flicks, they’re often quite bad but well loved because of the manic, hyper-real performances Cage gives and Mom and Dad is no different. In a typical American suburb tensions smolder below the surface in this horror-action-(unintentional?) comedy. The premise is that a bizarre event causes parents to […] 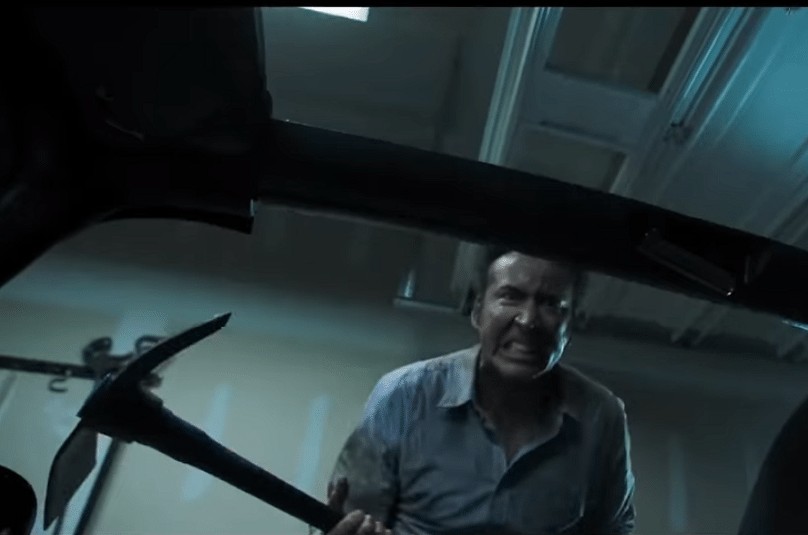 Nicholas Cage does a good line in B-movie flicks, they’re often quite bad but well loved because of the manic, hyper-real performances Cage gives and Mom and Dad is no different. In a typical American suburb tensions smolder below the surface in this horror-action-(unintentional?) comedy. The premise is that a bizarre event causes parents to turn on their children, filling them with murderous rage, completely disconnected from their usual loving faculties.

Nicolas Cage’s character has moments of The Shining inflected anger, none more so than when he tries to saw (instead of an axe) a door down that his kids are hiding behind. The use of a saw seems to be used just so Cage can shout with his typical deranged look, “IT’S A SAWZALL, BECAUSE IT SAWS ALL!”, eyes popping out of his temples.

Nothing about Mom and Dad is subtle which fits in with the director’s, Brian Taylor, a stuntman-turned-filmmaker, previous work such as Crank 2: High Voltage and Gamer which starred a character called Rick Rape… The heart of Mom and Dad (a twisted, black hear at that) is that a staticky TV signal prompts parents to start assaulting and murdering their children. We are thrown into the action right after the nuclear family set-up over which Cage presides has been introduced, with the local high school being under siege by dead-eyed parents. The scene contains more than a nod to the work of George A. Romero and one teen meets his grisly, untimely end after being attacked with his parent’s car keys. The workings of the plot are explained with ease with a key feature of the plot being only your own parents are able to assault (a small comfort) you. This is effective storytelling and when the director is clearest in his vision of how he wants the film to look and feel with the overall appearance of the world used to good effect in the opening half an hour. 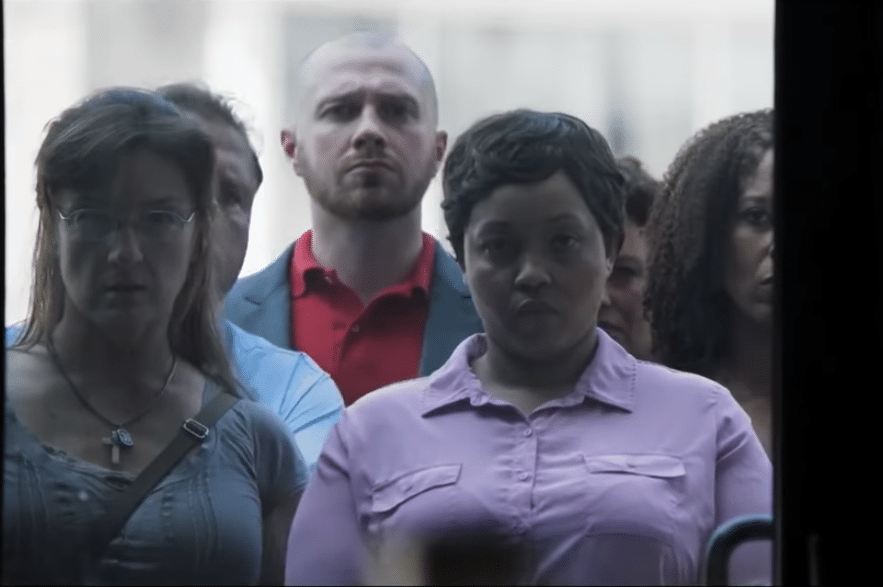 Cage’s Brent Ryan is a yuppie businessman in the throws of middle age, pining for the days of cavorting around in his Pontiac Firebird whilst being lap danced by his then girlfriend. This memory (fantasy?) is thrown up on screen several times in an attempt to place Ryan’s buried frustrations with life but due to Cage’s maniacal portrayal of Brent it just ends up adding to the idea that even when not attempting to murder his own children he’s an asshole.

As a horror film it isn’t particularly effective, with most of the scares being relegated to appear within the action set pieces and from the overall uncomfortable plot although there is one haunting shot of a group of new-fathers staring malevolently into an infant ward, that sends chills down the right places.

The main reason to see this film is for Cage, who is evidently having a blast working with Taylor again after their previous outing together, Ghost ride: Spirit of Vengeance. Taylor is someone Cage clearly trusts and he turns up his Cage-isms to eleven in a performance that was startling for both its ability to be enjoyable and batshit crazy. I don’t know whether it’s right to recommend Mom and Dad or not but your enjoyment of the film will almost certainly stem from how much of Cage you’re willing to put up with. The film also fumbles its final pass and leaves you feeling as if with a little bit more care and effort put into the script and production values this could have been the unexpected cult hit of year. As it stands, it’s an okay film if you don’t mind watching Cage in full CAGE mode for 90 minutes whilst running around with his “SAWZALL”!