While LGBTQ stories have found their rightful place within the safety of indie cinema for a while now — the success of Call Me By Your Name this year, and Moonlight in 2017 can attest to this — the same cannot be said about the visibility of non-stereotypical gay characters in mainstream productions, especially in […] 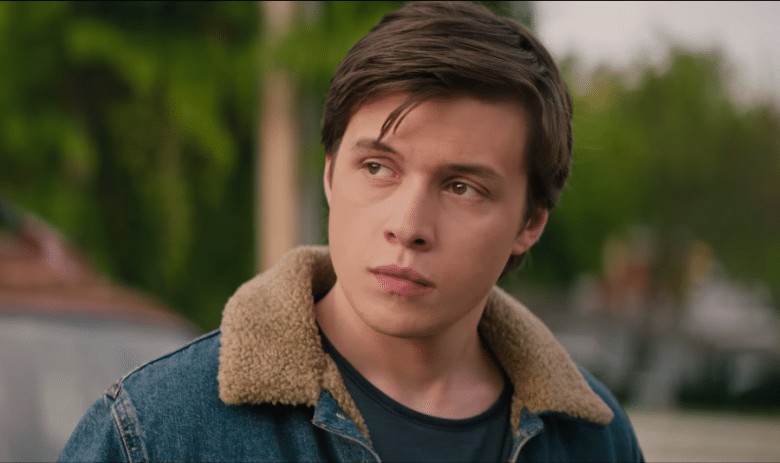 While LGBTQ stories have found their rightful place within the safety of indie cinema for a while now — the success of Call Me By Your Name this year, and Moonlight in 2017 can attest to this — the same cannot be said about the visibility of non-stereotypical gay characters in mainstream productions, especially in those aimed at younger audiences. However, with the arrival of Love, Simon, Greg Berlanti’s heartwarming tale about a teenage gay romance, things seem to be finally looking up, and we should collectively be cheering for this new development.

Simon (Nick Robinson) is like any other teenager (if every other teenager lived in a big expensive, and beautifully furnished house in the suburbs), with big dreams, a loving family and a loyal group of friends. However, our teenage hero has a big secret he’s been keeping from everyone, he’s gay.

Secrets are revealed and friendships are put to the test when Simon begins an online romance and falls in love with a fellow closeted high school student only known to him as Blue. Despite having never met in real life, Simon is convinced that him and Blue are destined to be together, but first he must find the courage to come out to his friends and family, and finally discover who the boy of his dreams really is.

Adapted by Elizabeth Berger and Isaac Aptaker from Becky Albertalli’s Y.A novel Simon vs. the Homo Sapiens Agenda, Love, Simon does a fantastic job in transcending the constraints of its own genre and by bringing something refreshing and altogether new to the sub-John Hughes high school dramas of late. Director Greg Berlanti succeeds in providing a sense of familiarity in the way the film’s narrative is constructed. With a rousing score and a storyline that will leave you with a fuzzy feeling inside, both writers and director have managed to crack the formula that makes some films more likeable than others.

23 year old actor Nick Robinson (Everything Everything, The 5th Wave) puts in a charming, subtle and hugely effecting turn as Simon. He offers the teenager as an honest, vulnerable, yet deeply flawed character. While Jennifer Garner gives a career defining performance as Simon’s mother. A scene which bears more than a little resemblance to that of Michael Stuhlbarg’s infamous father-son speech in Call Me By Your Name, allows Garner to finally showcase a side of her we haven’t seen until now. Josh Duhamel is impressive too as Simon’s dad, and I would dare anyone not to shed a few tears at one particular scene towards the end.

Elsewhere, Katherine Langford, Alexandra Shipp and Jorge Lendeborg Jr. put in some commendable turns as Simon’s loyal posse, while the brilliant Logan Miller (The Walking Dead, A Dog’s Purpose) is relied upon to bring some much needed comic relief as lecherous loser Martin. Other notable performances come courtesy of Australian actor Keiynan Lonsdale and Miles Heizer as two of Simon’s potential love interests.

As groundbreaking as it sounds, Love, Simon tells a simple, yet hugely affective love story which is elevated by the brilliance of its cast and the tenderness afforded to its characters. A genuinely well-judged, heartening and beautifully executed teenage romco, which puts all other sub-Breakfast Club clones to shame.