With the plethora of boxing films that get released each year, it would have been easy for actor turned writer-director Paddy Considine to have produced a film comprising of genre tropes and clichés. Forgoing our usual expectations, Journeyman looks at the lasting injuries that can be obtained in the ring and the often overlooked challenges […] 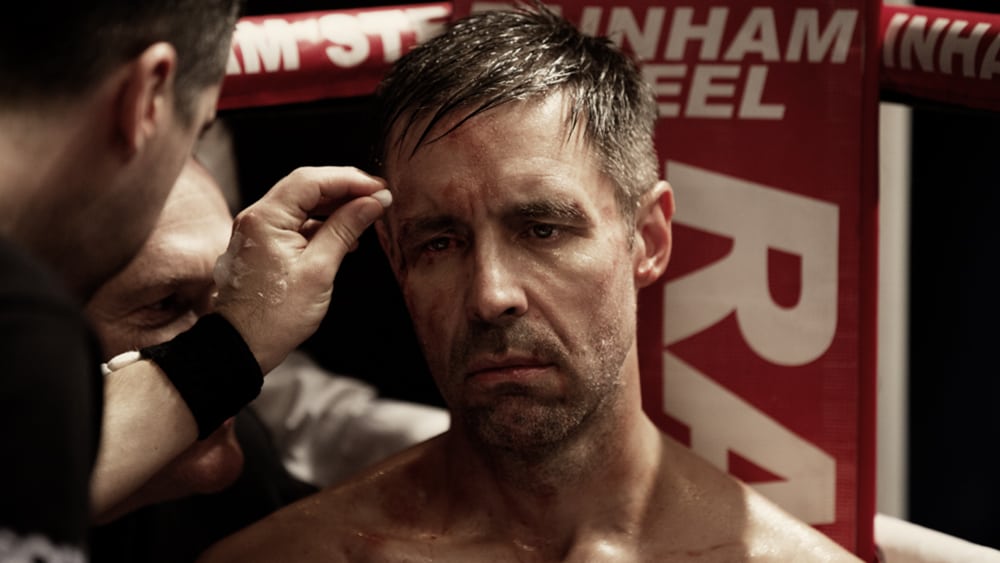 With the plethora of boxing films that get released each year, it would have been easy for actor turned writer-director Paddy Considine to have produced a film comprising of genre tropes and clichés. Forgoing our usual expectations, Journeyman looks at the lasting injuries that can be obtained in the ring and the often overlooked challenges they create.

The film follows Middleweight Champion Matty Burton (Paddy Considine), who is nearly at the end of his career and has one last fight lined up before he retires. His opponent is the arrogant and brash Andre Bryte (Anthony Welsh), who seems to have modelled himself on Floyd Mayweather and his pre-fight antics. After a long and gruelling fight, Matty comes out victorious. He returns home to his wife Emma (Jodie Whittaker) and young child, but before the kettle can boil – in both a literal and metaphorical sense – Matty collapses and is taken to hospital. When he wakes his speech is slurred and he does not remember who he is. His recovery is slow, and puts pressure on those around him, as he is reliant on his friends and family to undertake the most basic of tasks.

I really enjoyed Paddy Considine’s previous film Tyrannosaur, which looked at violent and wounded personalities. It contained strong performances from its lead actors, and showed that Considine was a more than capable writer and director. More than anything it had an empathy for his characters and their struggles. Journeyman has long been a passion project for Considine, and his feelings towards the story do come across. The one thing you can’t say about the film is that it doesn’t have heart.

Unfortunately, despite all its good intentions, Journeyman never really comes together. Oddly, it feels like a real life story, even though in fact it isn’t. As bored as I might be with the vast number of biopics that are released each year, the film would have benefited from being rooted in fact and reality, as it would have given it an underdog spirit. Instead, it is hard to care for Matty and his struggles that never feel anything other than acted. His symptoms seldom feel genuine and, perhaps as a result, Considine’s performance is weak and unconvincing. Considine is usually a likable actor and screen presence, but here there is little to connect with here. He may be committed to the role, but it never feels like he has a real illness.

The same issues can be seen with the rest of the plot that barely develops following the fight. His recovery might highlight his spirit and courage, but this is something we were already aware of from his boxing career. Boxing films can often be clichéd and narratively forced, but they are at least fun. Creed, the latest addition to the Rocky franchise, may have been a little saccharine, but at least it made you excited when it entered the ring. Johnny Harris’ recent feature Jawbone, about an alcoholic former boxing protégé, similarly came alive when the bell rang.

Instead, Journeyman is so static and lacking in interesting moments that it is hard to enjoy. By trying to change the parameters of a boxing film, Considine has removed all the joys and tropes that have made them so successful in the past.

Journeyman is a heartfelt attempt to bring something new to the boxing genre that for the most part falls flat due to its sluggish story, lacklustre direction, and poor central performance.