By Michael McNulty Francis Lee’s debut feature film, God’s Own Country, is a delicate and hopeful love story, an intimate portrayal of a budding romance deep in rural Yorkshire that will likely draw comparisons to Ang Lee’s Brokeback Mountain.  But, there is nothing derivate about this Yorkshire set film. Johnny (Josh O’Connor) shoulders the weight […] 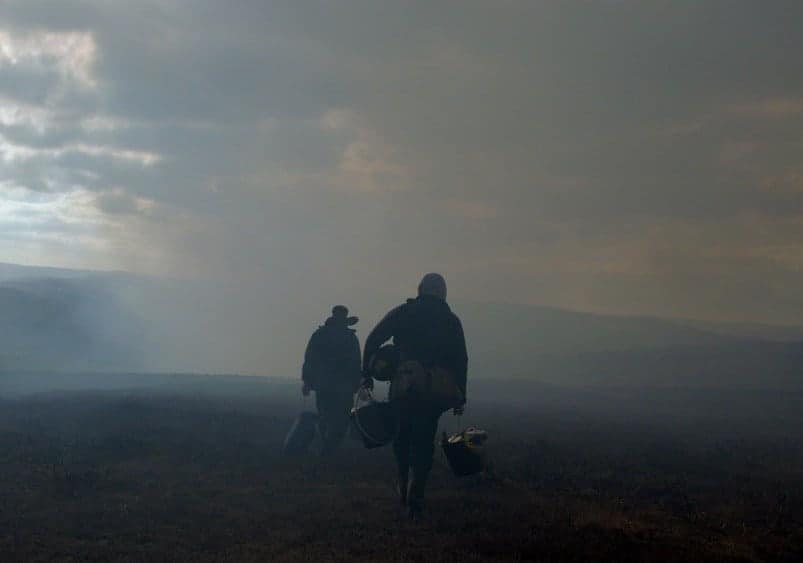 Francis Lee’s debut feature film, God’s Own Country, is a delicate and hopeful love story, an intimate portrayal of a budding romance deep in rural Yorkshire that will likely draw comparisons to Ang Lee’s Brokeback Mountain.  But, there is nothing derivate about this Yorkshire set film.

Johnny (Josh O’Connor) shoulders the weight of his family’s ailing farm, his father, Martin (Ian Hart), unable to work as a result of a stroke.  The young man’s life is defined by an uncompromising routine.  He works all day and drinks all night, spends the morning being violently ill, then starts all over again.  Johnny’s only human contact comes in the form of the disapproving mutterings from his father, pressure mounting conversations with his grandmother, Deidre (Gemma Jones), and the occasional throwaway rut in the back of a cold trailer.

Life is bleak and lonely and Johnny masks the envy he holds towards his friends, who have all left their small town for the bright lights of bigger cities, behind a tough, cynical skin.  But, amidst all this, we glimpse an underlying tenderness in Johnny that surfaces briefly in quiet moments, the delicate, reassuring pat to the back of one of his cows, a quiet, soothing mutter.

Enter Gheorghe, the handsome, young Romanian with soulful eyes, employed for a week’s worth of work to help with the lambing season and odd jobs around the farm.  He introduces a warmth into Johnny’s life that is initially met with open hostility.  “So you’re a gypsy,” Johnny viciously quips, hoping to get a rise out of Gheorghe.  But it is met with calm composure, “Please don’t call me that.”  And slowly, after a tussle in the mud evolves into something more, a romance blossoms between the two.

Lee masterfully captures the unforgiving nature of country that demands much from the people who inhabit it.  It is a tough, muddy, lonely existence driven by work and yet Lee manages to carve out of the bracing, isolated, windswept Yorkshire hills and gruelling routine a powerful beauty and sense of hope.

At one point, Gheorghe and Johnny stand on a bluff overlooking the countryside.  The wind blows and rain is on the way.  The two are caught, transfixed by their surroundings (a rare moment in a film that stays tight to its characters) and like a young lamb Gheorghe revived earlier, giving it mouth to mouth, he too renews Johnny, breathing into his lungs a hopeful optimism.

Lee’s film, unlike Brokeback Mountain, does not concern itself with an underlying, internal struggle with sexual identity.  Johnny is gay, point and fact and although this does not detract from the actuality that the film is a gay love story, it does pave the way for the plot to focus on the gentle unravelling of Johnny’s emotional rigidity, opening himself up to the possibility of love and acceptance of responsibility.

O’Connor deftly navigates a nuanced performance as Johnny.  He brings to life the pent up emotional frustration and isolation Johnny feels through restrained physical cues.  His stooped shoulders, averted glances and the hesitancy with which he addresses his father, point to a powerfully understated, delicately read performance.

God’s Own Country is a lyrical study of the power of love and a superbly crafted, confident debut for director Francis Lee.