Coming off a string of Daddy’s Home 2, Bad Moms’ Christmas and The House, a Febraury release “WASPs in a pickle” comedy was a sign of oncoming dread to me. As it happens, Game Night is unashamedly huge fun that drags the American middle-class comedy from the gutter. It’s love at first sight for Max […] 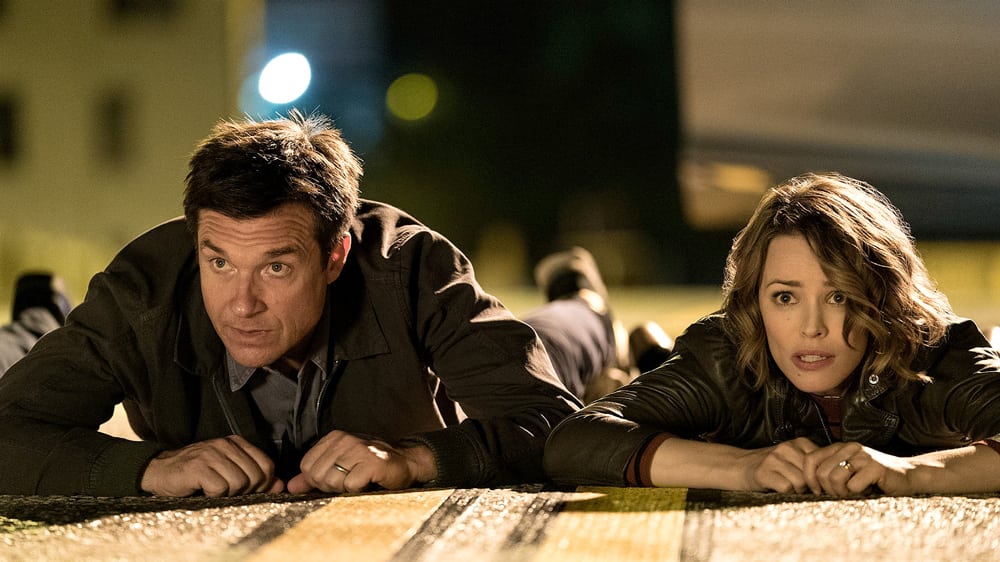 Coming off a string of Daddy’s Home 2, Bad Moms’ Christmas and The House, a Febraury release “WASPs in a pickle” comedy was a sign of oncoming dread to me. As it happens, Game Night is unashamedly huge fun that drags the American middle-class comedy from the gutter.

With Brooks back in town, he decides to host a game night for Max, Annie and their clique of old friends, literally throwing out the Scrabble and setting a challenge that none will forget.

The premise can go either way, and to succeed requires a script with comedy that works at every level. Fortunately writer Mark Perez has got a winner. Each character in Game Night is well defined and can play off another in the group; memorably dim friend Ryan (Billy Magnussen) against his wily first date Sarah (the always wonderful Sharon Horgan). Humour is gamely balanced with the action, and the question of what possibly could be a game night after all is fun throughout.

The whole cast is brilliantly assembled, with Jason Bateman as the ever-reliable deadpan anchor who is also able to dig at his own Teen Wolf Too past with references to child stars peaking too early. Rachel McAdams vaguely annoys me in her dramatic roles, but here she gives my favourite performance of hers since Mean Girls as Max’s sweet yet driven beau.

This lead pair may be competitive but they are not spiteful in their victories, giving a level of sympathy and hilarity to their night of bad luck, a highlight being Annie trying to patch up Max’s gunshot wound with help from white wine and dog toys. Jesse Plemons completes the ensemble, continuing a run of weirdly intense characters, his cop this time played for comic and unsettling effect.

The film is indebted to the work of Edgar Wright, notably an opening montage played to Queen’s ‘Don’t Stop Me Now’ and a number of quick close-ups. These are not overt, winking nods in the manner of 2009’s Dead Snow, but used in the maintaining of an exhilarating pace that entertains throughout. Visual slickness is combined with a score that pulsates and amuses to help keep things moving.

No film is perfect, and a transfer from one final action scene to another does feel slightly rushed and convenient. If my cards are close to my chest about the plot it’s because the twists keep coming in Game Night, set-ups and payoffs delivered thick and fast: Never Have I Ever has never felt more awkward.

This film achieves everything it sets out to do and more, being the most I’ve laughed in a cinema for a long time. My only real reason to give it less than five stars would have been snobbishness.