Winner of this year’s Documentary Grand Jury Prize at Sundance, Dina follows its title character as she prepares to get married to her fiancé Scott, who works as a greeter at Walmart. They are both on the autism spectrum and each struggle with it in different ways. For the most part, though, they lead fairly […] 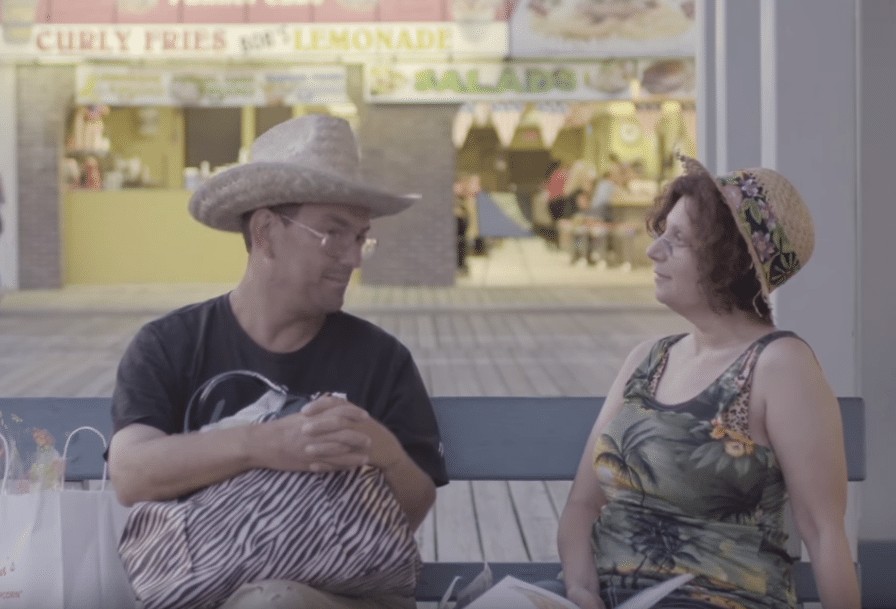 Winner of this year’s Documentary Grand Jury Prize at Sundance, Dina follows its title character as she prepares to get married to her fiancé Scott, who works as a greeter at Walmart. They are both on the autism spectrum and each struggle with it in different ways. For the most part, though, they lead fairly normal lives. Scott enjoys rock music and Dina has a liking for the Kardashians. As the film progresses we learn about the hardships that Dina has faced, from the death of her first husband to her almost fatal stabbing.

The relationship between Dina and Scott is very sweat and is at the dramatic heart of the film. They are engaging personalities that can be both humorous and honest. It is easy to become emotionally invested in their lives and by the end each difficulty that they experience feels like it has the highest of stakes.

Probably the biggest issue they face concerns intimacy within their relationship. Scott can be very naïve and innocent in this regard and even finds the concept of holding hands a little too much. Dina is patient but longs for a more passionate relationship and as a viewer you have the odd fear for what might lie ahead between them.

There is a brilliant balance in the depictions of Dina and Scott. They are simultaneously seen as unique and interesting enough to warrant a documentary dedicated to them, while at the same time they are never seen as figures to be made fun of. There is sincere quality to the film that sees Dina as a worthy star.

Dina could only work as a documentary. If the premise was a reality TV show or a fictional film then it would likely have felt like the filmmakers were objectifying and making fun of their lead characters. This is the sense you get from films like The Other Sister and I Am Sam. Instead Antonio Santini and Dan Sickles are happy to show us people who are often labelled as different lead normal lives. Sickles’ extended family has known Dina for most of her life and there is clearly an affection between the filmmakers and their subject matter.

It is a pleasure to see a documentary that is so well made and put together. The cinematography is attractive and the story is well structured, with a good choice of music – much of which was supplied by Michael Cera – to help manage the mood of the film. Too often documentaries are unable to overcome the limitations imposed on them by a real life story and are left with poor camera work and an uneven plot. Dina shows a level of cinematic craft that is often missing within non-fiction features.

Dina is a heartfelt, poignant, and surprisingly funny character study that places individuals that are too often overlooked at its centre. Illustrating significant craft and skill, Antonio Santini and Dan Sickles have created a memorable film from seemingly everyday moments.