There was a time when the release of a new Pixar film was looked upon by critics and consumers alike as something of a cultural event. But recent years have proved there to be major chinks in the animation powerhouse’s creative armour; the shameless merchandising of the Cars franchise; the growing dependence on sub-par sequels […] 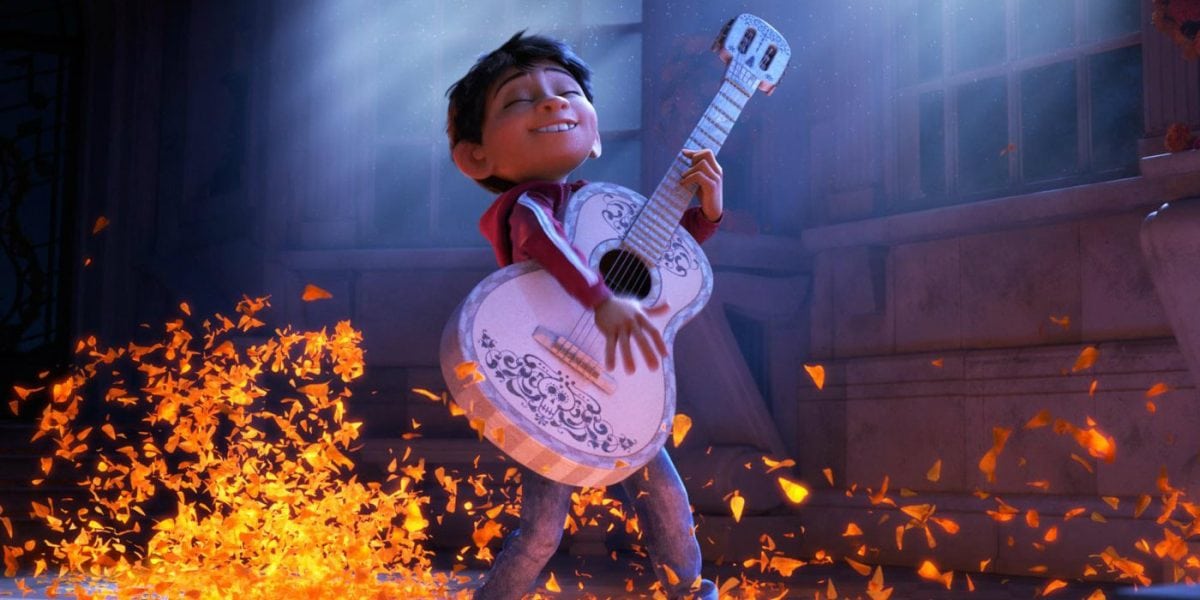 There was a time when the release of a new Pixar film was looked upon by critics and consumers alike as something of a cultural event. But recent years have proved there to be major chinks in the animation powerhouse’s creative armour; the shameless merchandising of the Cars franchise; the growing dependence on sub-par sequels to fill the slate; the ever-greater reliance on a specific series of narrative & thematic tropes. Though their output remains consistently entertaining, the heartfelt intellect and witty originality of Toy Story, Ratatouille & Up is something of a distant memory.

Coco – Pixar’s 19th feature film, and the second after Toy Story 3 to be directed by long-time collaborator Lee Unkrich – is an endearing composition of the studio’s early genius, and the more common practises that have defined their later work. It’s a warm & loveable tale of following your dreams and realising your destiny, told through the enchanting prism of Día de Muertos: Mexico’s annual Day of the Dead festival.

Despite his family’s ancestral ban on music, young Miguel (a charming Anthony Gonzalez) has dreams of becoming an accomplished musician like his great-great-grandfather; the now departed Ernesto de la Cruz (Benjamin Bratt). Cruz was a popular actor & singer in his day, whose cherished memory has been a source of great pain for Miguel’s family, who faced generations of hardship after Cruz chose his career over staying behind to look after his wife Imelda (Alanna Ubach), and their daughter, Coco (Ana Ofelia Murguía)

Desperate to prove his talent as a guitarist, and in search of spiritual guidance, Miguel visits the mausoleum of his hero while his village prepares to celebrate Día de Muertos. And through a mysterious chain of events, he’s soon transported to the mystical Land of the Dead. There he meets Hector (Gael García Bernal), a charismatic trickster who’s desperate to cross over to the Land of the Living so he can be reunited with the family he left behind when he died decades before.

Following Miguel and Hector as they travel across the richly coloured realm of the deceased, on an adventure to unlock the truth behind Miguel’s family history, the film’s structure – collaborated on by a committee of writers, including Unkrich – rigidly adheres to a tried-and-tested Pixar formula; wacky supporting players, comedic animal sidekicks, and simple moral messages are very much the order of the day.

Yet there’s something refreshingly tender about watching a kid’s film that’s willing to reflect on notions of death and loss with a sense of both sadness and optimism – the soulful tone that Unkrich strikes reminiscent of Travis Knight’s stirring stop-motion animation, Kubo and the Two Strings. Like that film, this is one that’s gorgeously realised, the effervescent colours and vibrant tone beautifully amplifying the rousing emotion of Miguel’s journey. Despite the odd flicker, the light from Luxo the Lamp continues to shine bright.