“I have nothing to prove to you,” says Brie Larson’s Carol Danvers towards the end of Anna Boden and Ryan Fleck’s highly enjoyable introduction to Marvel’s mightiest female Avenger. It may be directed at Danvers’ enemy, but this is a statement that transcends the narrative boundaries of the MCU. To the misogynistic male trolls who […] 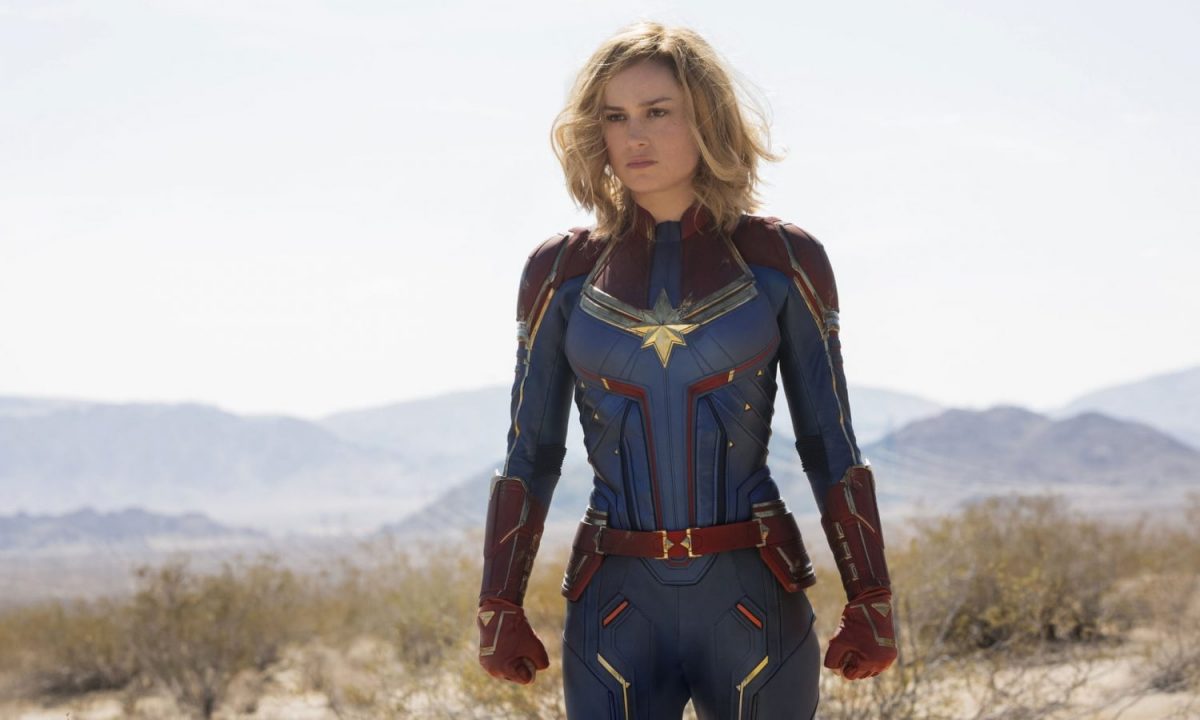 “I have nothing to prove to you,” says Brie Larson’s Carol Danvers towards the end of Anna Boden and Ryan Fleck’s highly enjoyable introduction to Marvel’s mightiest female Avenger. It may be directed at Danvers’ enemy, but this is a statement that transcends the narrative boundaries of the MCU. To the misogynistic male trolls who have been driven by their own blithe entitlement to undermine Captain Marvel’s release at every turn, the message could not be clearer.

The gendered discrepancy within the MCU has always been one of the series’ most striking problems, not least because it always felt like it was one of the easiest to address. And yet it has taken more than ten years, and 21 films for us to finally see the superhero saga shine the spotlight on a female protagonist. That the film plays it safe – Captain Marvel adheres rigidly to Marvel’s tried and tested formula, perhaps to a fault – isn’t a surprise, but nor does it diminish its success.

Subverting the typical structure of a superhero origin story, Boded and Fleck’s script (collaborated on with Tomb Raider writer Geneva Robertson-Dworet) introduces us to Danvers after she has already attained her powers. As a member of the Kree Starforce, along with her mentor Yon-Rogg (Jude Law), she’s locked in the middle of a war against the Skrulls; a race of alien shapeshifters led by Talos (Ben Mendelsohn).

The battle eventually brings Danvers crashing down to Earth, literally. It’s the mid-90s: Nine Inch Nails are at the height of their fame, Blockbusters are still in business, and Nick Fury (Samuel L. Jackson) still has both his eyes. Teaming up together, Danvers and Fury set out on a mission to discover the reasons behind the Kree/Skrull conflict, and happen upon the secrets of Danvers’ own past in the process.

While Patty Jenkins’ Wonder Woman – DC’s own attempt to install a female superhero at the centre of their own franchise – struggled under the weight of expectation, Captain Marvel takes such pressure in its stride. Adopting the tone of a 90s buddy movie, with notable shades of  both Superman and Top Gun, the film proceeds after its setup with a refreshingly relaxed sensibility, allowing the narrative to unspool gradually and letting the chemistry between Larson and Jackson guide the film.

As you would expect, dramatic McGuffins and juxtaposed with a steady stream of quirky humour (special shoutout to an unexpectedly loose Mendelsohn, who regularly steals the screen) to keep the whole audience entertained. All of which is interspersed with engagingly offbeat if visually unadventurous set pieces.

This is ultimately Larson’s show, though. Danvers is a commanding but never invulnerable presence; focused and charismatic, though troubled by flashbacks to events she neither recognises nor understands. Evidence suggests that she’ll will be a major player in the MCU going forward, and she certainly earns her stars here; the final third contrasting moments of dramatic volatility with seismic action sequences that’ll leave you excited and breathless. It may have taken Marvel far longer than it should have to get to this point, but never does that detract from the film’s impact. You’ll believe a woman can fly.