Despite passing them on the street almost every day, I’ve rarely given Jehovah’s Witnesses much thought. It is easy to look past them and continue with your daily routine. In many respects, Apostasy, the debut feature from former Witness Daniel Kokoajilo, was the first time I had ever really thought about the religion. The film is […] 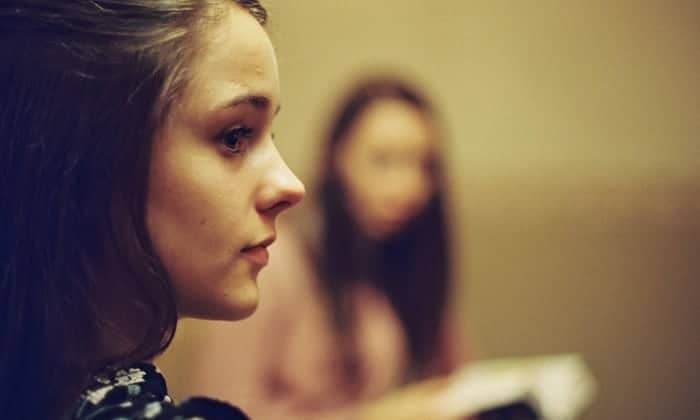 Despite passing them on the street almost every day, I’ve rarely given Jehovah’s Witnesses much thought. It is easy to look past them and continue with your daily routine. In many respects, Apostasy, the debut feature from former Witness Daniel Kokoajilo, was the first time I had ever really thought about the religion.

The film is set within a Jehovah’s Witness community in Oldham. Ivanna (Siobhan Finneran) and her two daughters Luisa (Sacha Parkinson) and Alex (Molly Wright) are active member of the religious group and have built their lives around the faith. Things start to fall apart when Luisa begins seeing someone from outside the community and becomes pregnant. She is quickly thrown out of the religion and leaves home, as she begins to question the faith’s teachings. Alex has no such doubts. She suffers from anaemia and would be willing to forgo a blood transfusion, which is seen as an abuse of the body by the religion, if she needed one.

Director Daniel Kokoajilo grew up within the Jehovah’s Witness community and his experience clearly informed the film. There are obvious parallels that can be made and there is an assured presentation to each scene which could only come from someone who had been part of the religious group.

It is fair too easy to make fun of religion and there are far too many films that look at the subject with contempt or disdain. Much like Stations of the Cross, Apostasy takes questions of faith seriously and is much more interested in examining faith than attacking it.

It is really intriguing to see inside the lives of Jehovah’s Witnesses. Unlike other religious groups, their activities and beliefs are rather enigmatic. While most viewers are unlikely to agree with their beliefs, it is interesting to see how they bring people together and generate sincere devotion. Ivanna and Alex possess a certainty that is rarely seen, either on film or in real life.

Despite the brilliant premise, I am unconvinced that the inexperienced director and cast are truly able to explore the material at hand. Apostasy always feels slightly detached and creates a sense that you are one removed from the drama. Moments that could have been shocking or heart breaking are instead observed from a distance.

Last year’s Menashe, set within New York’s Orthodox Jewish community, similarly looked at a religious group on the periphery of modern society and was able to connect with audiences through making the viewer feel immersed within the lives it depicts. I understand that Jehovah’s Witnesses are restrained in their actions but it is possible be reserved and emotive at the same time. There is no need for the film to withhold emotion in the same way its characters do. This is not helped by the drab camerawork that repeatedly sucks life out of the drama or the younger members of the cast that are unable to add the nuance their characters need.

It is only when tensions between Ivanna, Luisa, and the religion reach breaking point that the story begins to become immersive. Unfortunately by the time I became invested in the characters and their struggles the film was almost over.