In A Simple Favor, director Paul Feig offers a riotously funny, stylish and beautifully well observed Gone Girl-esque mystery thriller which somehow manages to be funnier and far more engaging than it has any right to be. Adapted by Jessica Sharzer form Darcey Bell’s 2017 novel of the same name, the film mixes brilliantly acerbic one-liners and an impeccable visual style […] 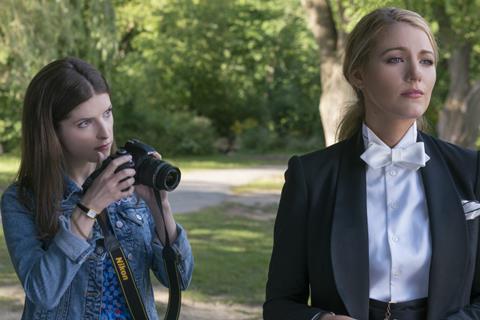 In A Simple Favor, director Paul Feig offers a riotously funny, stylish and beautifully well observed Gone Girl-esque mystery thriller which somehow manages to be funnier and far more engaging than it has any right to be. Adapted by Jessica Sharzer form Darcey Bell’s 2017 novel of the same name, the film mixes brilliantly acerbic one-liners and an impeccable visual style to tell a cleverly thought-out story of mystery and intrigue. And if that wasn’t enough, we are also treated to two fantastic performances courtesy of  Anna Kendrick and Blake Lively who seem to revel on the duality of their chalk and cheese characters in this darkly comedic caper.

Goody two shoes young mum Stephanie Smothers (Kendrick) is the idea of suburban bliss. In between single-handedly running her son’s school extra-curricular activities, to the despair of other parents, the single mother of one also finds the time to host a daily video blog in which she offers domestic advice to a small, yet attentive audience. All this changes when Stephanie is befriended by Emily Nelson (Blake Lively), a mysterious tall rich blonde with a beautiful sarcastic wit and a penchant for day-drinking.

When she is asked by Emily to look after her son Nicky after school as a favour, Stephanie is at first flattered, but when her vivacious blonde friend fails to return to pick up the child up after 48 hours, both Stephanie and Emily’s husband Sean (Henry Golding), who had been visiting family in England, begin to suspect foul play and decide to report her missing. Things get further complicated when a gruesome discovery is made at a lake near where Emily was last seen, a discovery which soon leads the police to start suspecting both Stephanie of Sean of having had a hand in Emily’s disappearance.

Paul Feig offers a deftly executed and decidedly sexy neo-Noir which has ambitious which extend far beyond the usual Hollywood tragicomedy fodder. Presenting a solid and cleverly well devised plot, both Feig and screenwriter Jessica Sharzer are able to provide a narrative which is not only packed full of twist and turns, but which also carries with it just the right amount of subversion to make this into one of the biggest and most welcome surprises of the autumn.

Using a beautifully atmospheric soundtrack packed full of stylish 60s French pop titles courtesy of Françoise Hardy, Serge Gainsbourg, Jaques Dutronc and many more, A Simple Favor plays out as a film which wears its heart proudly on its sleeve by paying homage to a time where comedy didn’t always have to rely on gross-out shenanigans in order to make you laugh.

Furthermore, what makes A Simple Favor into much more than a comedy by numbers, is the brilliant dynamic between Kendrick and Lively, who on top of two brilliant performances, are also more than happy to play on their obvious physical differences with hilarious results.  Although losing its way towards the end, A Simple Favor still manages to be one of the best and most satisfying comedies of the year, and is more than deserving of the accolades being heaped on it. A must see!