Sergey Loznitsa’s latest offering, A Gentle Creature, is an exercise in suffering. A gruelling odyssey that delves the depths of the human spirit, that by the film’s end leaves you coming up gasping for air. Derived from the title of a Dostoevsky short story, Loznitsa’s A Gentle Creature, which competed at last year’s Cannes Film […] 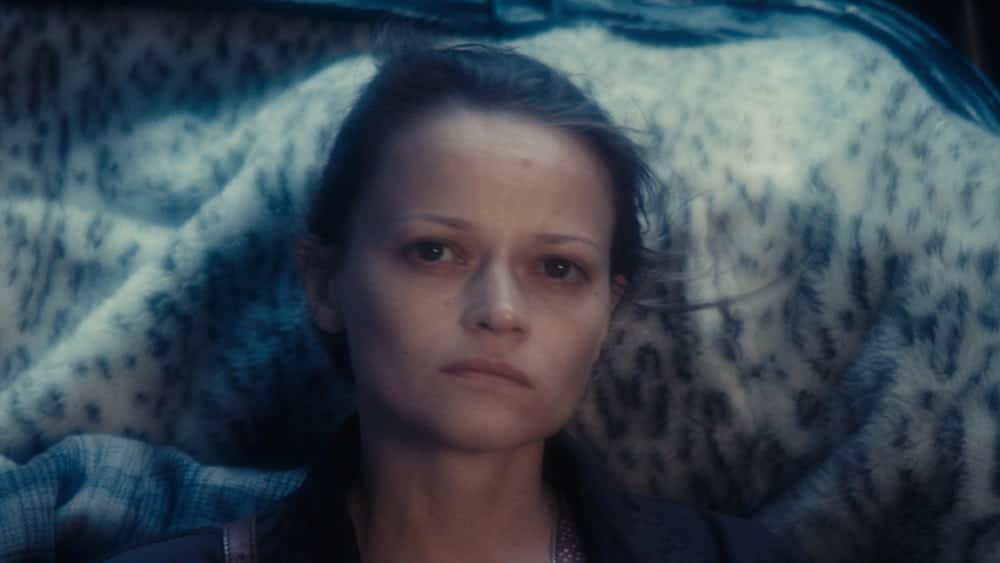 Sergey Loznitsa’s latest offering, A Gentle Creature, is an exercise in suffering. A gruelling odyssey that delves the depths of the human spirit, that by the film’s end leaves you coming up gasping for air.

Derived from the title of a Dostoevsky short story, Loznitsa’s A Gentle Creature, which competed at last year’s Cannes Film Festival for the much coveted Palme d’Or award, is imbued with the deep pain and suffering of the Russian people. Whilst the narrative of the film deviates from that of the Dostoevsky’s story, they share a similarity in spirit.

Vasilina Makovtseva plays the “gentle creature” of the title. Her face is cold, hard & unsmiling, and the austere, expressionlessness with which she carries herself lands her somewhere in the grey area between Zen-like determination and solemn resignation to a life of hardship. As it transpires, the “gentle creature’s” husband has been banged up in a Siberian prison on murder charges, charges they both deny. One day, when she visits her local post office, she is handed back a parcel of goods she sent to her husband in prison. With only a “return to sender” stamp and fearing the worst, she heads to the Siberian prison town where her husband is locked up seeking answers and justice.

What follows is an odyssey – a post-soviet descent into the heart of darkness – that drains you of your blood it is so punishing an experience. Loznitsa pitches the film between the stark realism of Putin’s Russia and the nightmare of all its violence and inhumanity and a Kafka-esque dreamlike absurdity.
Makovtseva manages her role well, but it is the world that surrounds her that brings the film to life. An old woman who works as a human rights activist suffers a breakdown explaining the struggles of trying to help the people who have marked her as a fascist and repeatedly destroy her office, a drunken train traveller toasts to a group’s “enormous suffering” and the inept, stubborn failings of the police are moments that capture the deep sadness, profundity and comedy of an entire nation’s existence.

Loznitsa, for the most part keeps the camera tight, evoking the paralysing claustrophobia of a police state and is unafraid to patiently let scenes unfold unbroken. However, as the narrative progresses the film veers into repetition and sags in parts. The stylistic break in the film’s final lands heavily, and derails the steady plod of an otherwise interesting journey into the desperate society of a poisoned world.