Written by Leslie Byron Pitt/@Afrofilmviewer Kent Jones’s pithy and informative documentary; Hitchcock/Truffaut is released via home format, soon after film critics and viewers alike, have been in remembrance of Roger Ebert’s passing three short years ago. Hitchcock/Truffaut is also finding its way to homes not soon since the dying down of the critical mauling, fan […] 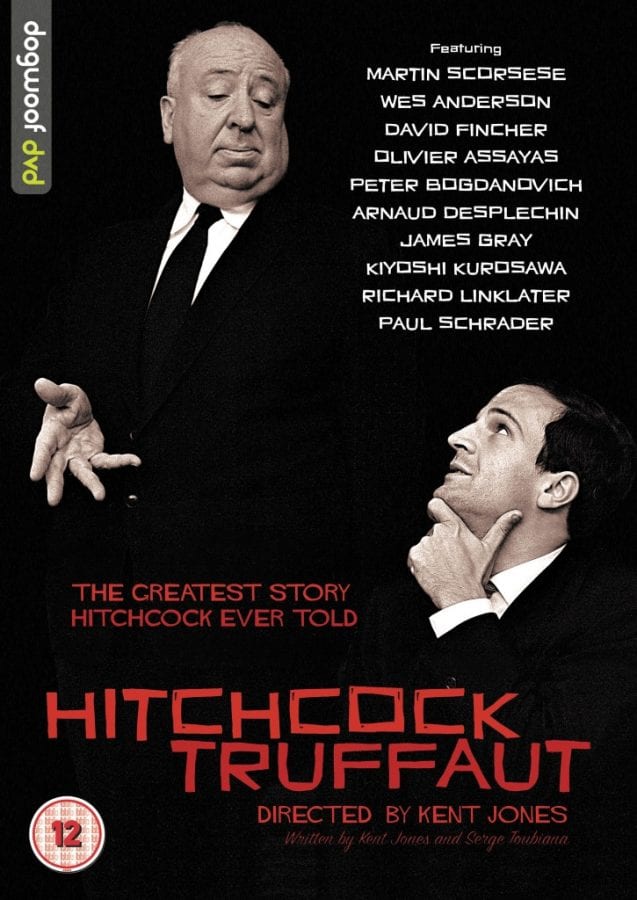 Kent Jones’s pithy and informative documentary; Hitchcock/Truffaut is released via home format, soon after film critics and viewers alike, have been in remembrance of Roger Ebert’s passing three short years ago. Hitchcock/Truffaut is also finding its way to homes not soon since the dying down of the critical mauling, fan defending theatrical release of Batman vs Superman: Dawn of Justice. The connective tissue of these three events is simply thus: Art in however it’s consumed and appreciated, matters.

It certainly matters here. Jones’ documentary is a lively text in which a variety of filmmakers discus and pay tribute to Francois Truffaut’s 1966 book “Cinema According to Hitchcock” and the influence of the two directors at its heart. Truffaut; a rebellious and spirited filmmaker who helped lay the foundations of the French New Wave (which of course inspired the free spirits of 70’s New Hollywood). Hitchcock the rigorous stylist who formed his craft from silent cinema as well as television.

Jones indulges the inquisitive, giving them a flavour of how sitting in a room with these two leviathans of the seventh art would be like. He intersperses the assorted talking heads with interview footage of the two filmmakers themselves engaging in the lengthy discussions which would then form the seminal book.

The directors who feature throughout the film, ranging from Kiyoshi Kurosawa to James Gray, are not only informative, but also give immense clarity on how Hitchcock influenced them as filmmakers. Richard Linklater talking about Hitchcock’s usage of time, nods to his own experiments in films like Boyhood (2014). Wes Anderson mentioning how much there is to learn from the preciseness of Hitchcock, only helps allude the viewer to the exact framing which litter Anderson’s films. When David Fincher speaks heavily about the structured psychology and demands of Hitchcock as a director, it’s hard not to consider Fincher’s own authoritarian mannerisms within his work process. The interviews help portray Hitchcock as some sort of cinematic mirror or pick and mix tray. He holds all the goods and everyone since will see what they want to see, or take which they favour best. To see these filmmakers gush about a filmmaker is profoundly inspiring.

There is a wish for someone like Brian De Palma (not seen) to rear their head and give their two cents, as his work is so wonderfully influenced. Then again the film leans heavily on U.S directors. Of course, Hollywood is where Hitchcock struck gold. However the lack of British directors is very telling. Especially when we consider the British product being released. The fact that Hollywood’s golden boy was came from across the Atlantic is an aspect that should never be lost. That said, there’s little talk about this.

There is heavily leaning on the likes the likes of Psycho (1960) and Vertigo (1958), but only a smattering of talk on Truffaut’s works. While the book is of course a crowning achievement, which Truffaut felt should be as important as a film, the small amount of insight on his works does leave a viewer wanting more than a taste.

Still, Hitchcock/Truffaut is grade A stuff for cinephiles as well as a documentary in which its availability in universities and film schools should never be questioned. Much like Mark Cousin’s gorgeously informative odyssey, The Story of Film (2011), Hitchcock/Truffaut never talks down to its audience or subjects, but graciously affirms the reasoning and hidden understandings between art and entertainment, filmmaker and audience. “Logic is dull” exclaims Hitchcock when questioned about what some critics considered of some of his more outrageous elements of his movies. This is true to a point. This was a director who could forgo the “reality” of subjects when he knew the imagination would fill in better. The beauty of Hitchcock/Truffaut is it reminds us that the world’s most important filmmaker may have been considered the “light entertainer” at the time, but his vision and attention to craft helped establish cinema not only as a machine of empathy, but as an art form.

Hitchcock/Truffaut is released on DVD on 25th April