Film Student from Milton Keynes Creates Heart Wrenching Documentary on the Syrian Refugee Crisis For most of us, the genre of ‘student film’ sparks connotations of budget sets and pranks. But one student has pushed the boundaries of the genre with his poignant exploration of the ramifications of the war in Syria and can reveal […] 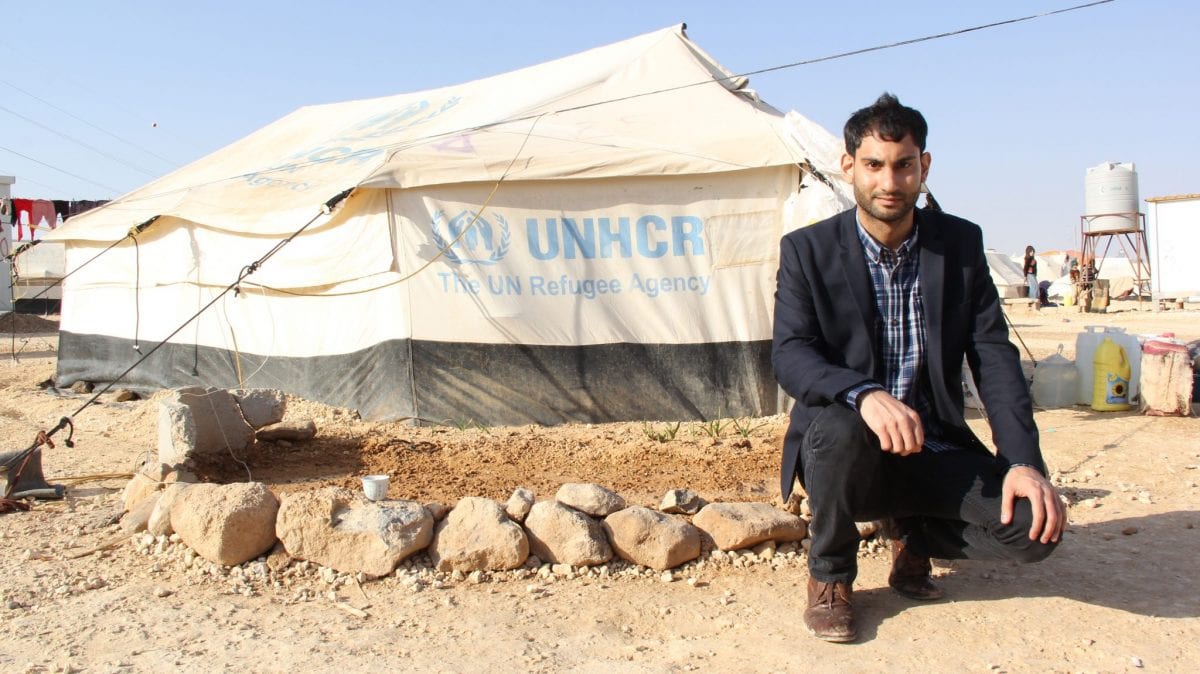 For most of us, the genre of ‘student film’ sparks connotations of budget sets and pranks. But one student has pushed the boundaries of the genre with his poignant exploration of the ramifications of the war in Syria and can reveal those living in the camp would prefer to be seen as ‘visitors’ than refugees.

For his film ‘Oh Syria, My Syria’, 29-year old Ismael Ahmed, currently doing a masters in Creative Digital Film Production at the University of Bedfordshire, spent four days in Zaatari refugee camp. The film has already received considerable acclaim having been the runner up for Best Documentary at the Royal Television Society’s Student Awards, and is set to have its public premiere at the upcoming Arts and Culture festival, Lutonia, to be held in Luton in March.

Producing a groundbreaking piece for his final-year dissertation project was a desire that Ismael, who lives in Milton Keynes with his mother and brother, always had. “I wanted to do something that looked at how people are affected by war, particularly the Syrian population” he says, “When I was told that I might actually be able to visit the Zaatari camp, I was nervous. It was still the early days of my film career, and I didn’t want to mess it up.”

The opportunity arose when his friend and soon-to-be producer of the film, Fawaz Fayed, mentioned that his father had connections to the Jordanian news station, ANB. The channel agreed to lend the students the filmmaking equipment and arrange their access to the Zaatari camp, home to almost 80,000 people who have fled the war in Syria.

While the chance to create a film on some of the most topical issues of the moment was one Ismael knew he couldn’t turn down, the process of doing so was far from easy.

“It was completely self-funded,” says Ishmael, “Fawaz and I had been doing odd jobs for three years in anticipation of the fact that making a decent film would not be cheap. That’s one of the hardest things about filmmaking – sticking to your budget.”

After copious amounts of paperwork and security clearances, Ismael and Fawaz arrived in Jordan in January of last year. They were escorted to the camp by Jordanian officials, also members of the Jordanian military, who immediately scrutinised the student filmmakers and placed them under a number of stipulations.

“Because we were embarking on such a big project, I don’t think the officials who read our proposal realised that it was from two, very young guys who had absolutely no established reputation in regards to filmmaking whatsoever. It was a big responsibility. I remember them saying, ‘do the right thing here, show us in a good light’. If we didn’t, there would be consequences. They said we weren’t allowed to directly ask any questions about ISIS or the Syrian revolution, but if someone disclosed the information of their own accord, then that was fine. But the guards were always around! So we had to completely change tactic – we tried to reconstruct our questions so we weren’t asking anyone anything explicitly, but still prompting them to tell their story.”

Ismael realised that the film had the potential to voice the plight of the refugees that we hear so much about, but that we rarely hear directly from. Throughout the 18 minute finished film, we see Ismael both observing and interacting with the camp’s inhabitants to show us the individual stories of their pasts, presents and futures.

“A lot of people thought we were mainstream media trying to profit off their pain, and would become angry the moment they saw our cameras. But they seemed to become more comfortable when word spread that we were just a couple of student filmmakers making a documentary. We just wanted to hear their stories and get as close to the truth as we could. I think documentary at best is showing rather than telling, and we wanted to stay true to that.”

In the film, we see Abdul Hussein, a man paralysed from a stray bullet hitting him in the spinal cord, yet refusing to be termed as a ‘refugee’ and insistent that he is just a visitor in the camp. “He was basically saying, ‘if this war wasn’t happening then we would be going in between territories freely’,” says Ismael, “he doesn’t understand why it has to be any different now. We’re all humans at the end of the day.” We see Ali Abdul Hamed, father of 7 who is happy to have his children safe but still longs to return home, asking Ismael, “Is there someone that does not love their own country?”

“The whole experience was really difficult to talk about when I first returned. I went into this film thinking that people would be happier in these camps, but they just want to be back in their home. They are trapped in these tents. That’s not a life. I wanted people to see that first-hand; the same people who post things on Facebook and say ‘the refugee crisis is horrible, we have to do something’, but then don’t actually do anything. I’m done with that. I wanted to do something that would actually challenge the public’s preconceptions and even my own preconceptions – that’s why I wanted to be a documentary filmmaker in the first place.”

The Lutonia festival begins on March 5th. To book to see the premier of Ismael’s film visit www.lutonculture.com