My Cousin Rachel is in cinemas from Friday 9th June.   Review by Linda Marric Daphne du Maurier’s timeless classic My Cousin Rachel gets a timely adaptation in this dark and beautifully atmospheric production from legendary British director Roger Michell (Notting Hill, The Buddha of Suburbia). First adapted to the screen in the 1950s […] 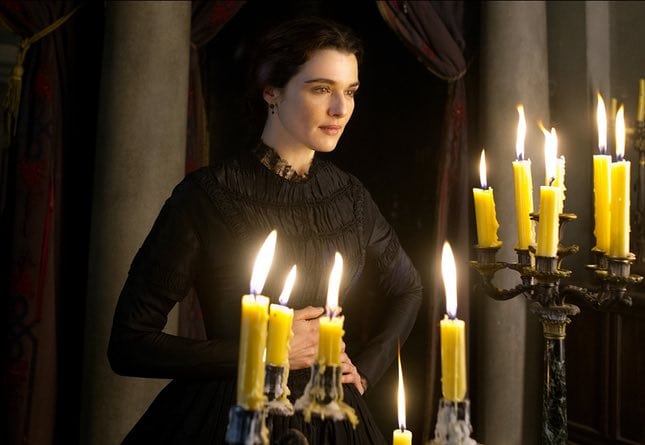 My Cousin Rachel is in cinemas from Friday 9th June.

Daphne du Maurier’s timeless classic My Cousin Rachel gets a timely adaptation in this dark and beautifully atmospheric production from legendary British director Roger Michell (Notting Hill, The Buddha of Suburbia). First adapted to the screen in the 1950s and staring Olivia de Havilland in the central role, My Cousin Rachel remains to this day one of the writer’s most cherished novels, so it is a great relief to be able to finally say that this recent reincarnation is every bit as exhilarating as the book itself. Staring Rachel Weisz and Sam Claflin, the film not only manages to surpass all expectations, but is also able to inject a huge dose of mystery and intrigue to a well known classic, and is bound to keep you hooked till the very last second, whether you are familiar with the story or not.

Orphaned as a child, Philip (Claflin) is taken in by his cousin Ambrose Ashley, a confirmed bachelor and wealthy land owner. As the years go by, Philip is sent away to school with the intention of coming back to help run the family farm. At the boy’s return, Ambrose falls ill and is advised to seek the sun of Italy. Months go by without any news from him, apart from a letter first informing Philip of his recent nuptials to a woman named Rachel (Weisz), who also happens to be related to Ambrose and his nephew, and then another letter in which he accuses his new wife of wanting to murder him. Michell’s brilliantly astute use of delayed gratification means that the title character is cleverly kept off screen for much of the first act, which in turn results in huge anticipation and excitement when she is finally revealed to us. Weisz is mesmeric as the dark and mysterious Rachel, her ability to go from manipulative scarlet lady, to passionate lover from one scene to another is truly masterful.

The rest of the story revolves around themes of doubt, suspicion and passionately grand gestures which Roger Michell manages to convey expertly, aided by a wonderfully eclectic cast. Holiday Granger excels as family friend Louise Kendall, who has been in love with Philip for most of her life. Claflin puts in a convincing, yet at times scenery chewing performance, as a young man devoured by passion for his uncle’s widow.

My Cousin Rachel may not be the most nuanced or sedate adaptations ever made, but its atmospheric beauty, and at times laugh-out-loud melodramatic air is sure to have something for everyone. A beautifully excited piece of filmmaking which is sure to find its audience.