By Linda Marric The main issue with Pete Travis‘ new film City Of Tiny Lights isn’t its lack of an interesting story to tell. With a great premise and a fantastic cast, this could have easily become one of this year’s greatest British success stories. However, the film is largely let down by a huge […] 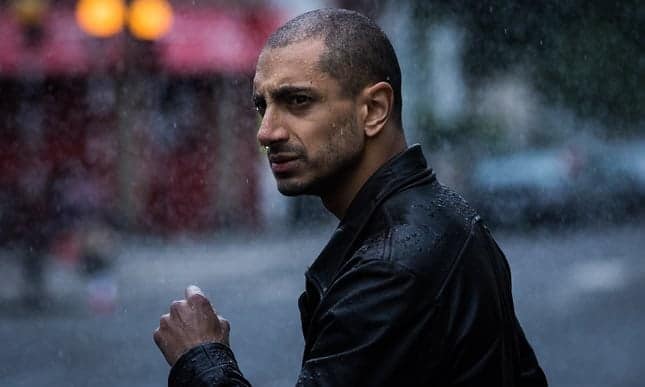 The main issue with Pete Travis‘ new film City Of Tiny Lights isn’t its lack of an interesting story to tell. With a great premise and a fantastic cast, this could have easily become one of this year’s greatest British success stories. However, the film is largely let down by a huge dose of schmaltz coupled with a jarringly meandering screenplay which ultimately leaves you wondering what went wrong.

Riz Ahmed, is Tommy Akhtar, a private detective who finds himself caught in a murder mystery when he is asked to investigate the disappearance of a Russian prostitute. Taking a leaf out of old hardboiled detective stories a la Raymond Chandler, the film does its best to replicate those kinds of tropes, but sadly fails to keep its audience interested for long enough to make any kind of coherent point. Ahmed is as brilliant as ever, even when he is let down by a screenplay which is unable to stick to one thread at the time.

Borrowing more than enough from the moody atmosphere of Nicolas Winding Refn films, City Of Tiny Lights promises way more than it delivers, and ultimately fails to bring anything new to the genre. However, by the far the most frustrating aspect of the movie is the complete and utter disregard for its female protagonists. Despite strong performances from Billie Piper and Cush Jumbo, this is not a film that will easily pass the Bechdel test. The female characters are straight out of a 1940s detective story. We have the gangster’s mole, and the one who got away, but this being 2017 it is simply not good enough and should be pointed out as often as possible that female characters deserve the same treatment afforded to their male counterparts.

On the whole, City of Tiny Lights is highly watchable and at times very funny, but sadly fails to present its audience with characters which are wholly believable. A special mention must go to Mohammad Ali Amiri who as wisecracking teenager Avid, is the source of much of the laughter in the first half the film. All in all, a watchable, yet disappointing production that could have been so much better.

City of tiny Lights is out on Friday April 7th.