Review by Adam Turner/@AdamTurnerPR Happy, uplifting and easy-watching Chronic is not. In fact, It’s more like being drenched by a cannon loaded with misery. However, Michel Franco’s melancholic drama does help to bring to attention some of life’s most agonising realities – from cancer and HIV to euthanasia, death and everything in between. Franco, best […] 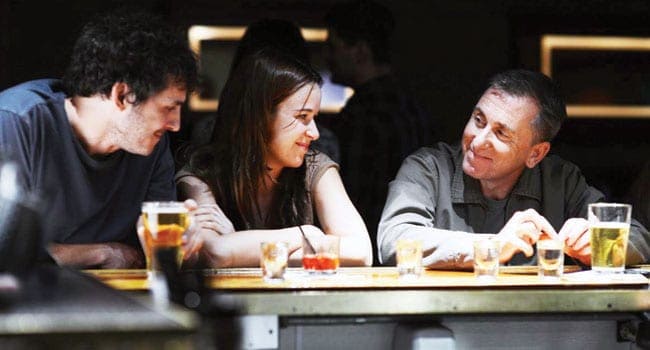 Happy, uplifting and easy-watching Chronic is not. In fact, It’s more like being drenched by a cannon loaded with misery. However, Michel Franco’s melancholic drama does help to bring to attention some of life’s most agonising realities – from cancer and HIV to euthanasia, death and everything in between.

Franco, best known for the disturbing After Lucia (2012), should be commended for bravely confronting such anxiety-provoking issues – many of which are seldom portrayed through the medium of film. Although Chronic is unlikely to appeal to mainstream audiences – the pace is slow and the storyline bleak – it is highly intelligent, elegantly shot and meticulously well put together.

The camera follows the life of a detached carer named David (Tim Roth), whose job it is to tend to the terminally ill – a job that never has a happy ending. Despite encountering mortality on a daily basis, David doesn’t fear death – he thrives on it. In his role as a carer for some of society’s sickest people, he carries out numerous uncomfortable duties conscientiously without ever showing signs of sadness, grief or trepidation.

In the opening shot, David is seen scooping up a seriously ill woman’s skeleton-like body from the shower and carrying her to bed. To someone who has never experienced terminal illness in such close proximity it’s heartbreaking to see. After carefully patting down the moisture from his patient’s pale, lifeless skin, David tucks her into bed and walks away nonchalantly. The lady he’s caring for is dying of HIV.

Despite having an abundance of professionalism, David lacks warmth and compassion – two qualities you’d associate with a person in his profession. But that’s not an issue until he starts to go above and beyond his job to the detriment of his patients and their family members.

Chronic is a film that put’s your minor worries into perspective and Tim Roth is superb throughout as oddball David an unusual man riddled with unfathomable grief. The pace throughout is slow, but you are always kept engaged in the hope of discovering more about David’s mysterious past. Although Franco nods to something sinister and unnerving nothing is ever revealed. The final shot is startling, graphic and extremely apt.

Whilst Chronic (or this review for that matter) is unlikely to have you skipping around your bedroom in ecstasy telling all your friends to rush down to the local HMV, it is certainly compelling, strangely enlightening and incredibly honest.