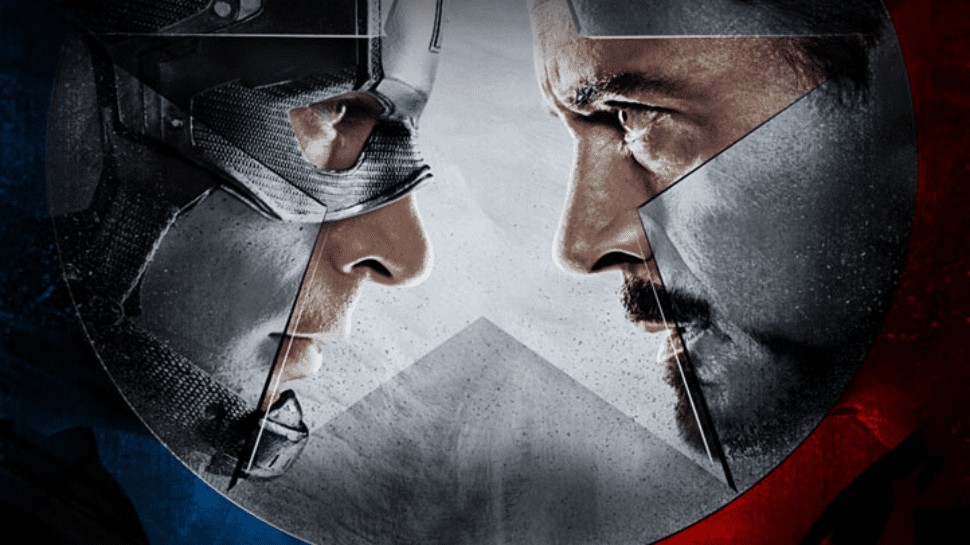 The latest in the interwoven superhero tapestry that is the Marvel Cinematic Universe, Captain America: Civil War directed by Joe and Anthony Russo, pits Iron Man (Robert Downey Jr) and Captain America (Chris Evans) against each other with the fate of The Avengers hanging in the balance.

If you look at the Marvel Cinematic Universe as a ludicrously high budget TV series, Civil War would serve as a much celebrated season finale; the grand culmination of all that has come before.

Since 2008’s Iron Man, The Avengers have saved the earth countless times but at great human cost. After their latest mission results in civilian casualties, the United Nations ratifies a notion to bring all of our heroes into line. Missions will now be sanctioned by a UN panel. Failure to comply will lead to imprisonment and this divides The Earth’s Mighiest Heroes.

Riddled with guilt for his part in creating Ultron, Tony Stark is determined to make amends and backs government oversight believing there is no alternative. Captain America on the other hand, has strong held beliefs that independence is key in deciding when to act. The re-emergence of The Winter Soldier (Sebastian Stan) puts Stark and Rogers on a collision course, dragging the rest of The Avengers into the fray.

This film demonstrates the values of having a shared universe with nearly a decade of storytelling. These characters have grown along side us and it gives their weighty decisions and actions all the more gravitas.

The plot, whilst relatively simple on the surface, is elevated by the fantastic performances from Downey Jr and Evans. They are both, rightly or wrongly ruled by their convictions and when these allies finally come to blows you’ll feel every punch thrown. Robert Downey Jr is given more to do here than in Avengers: Age of Ultron and is a particular stand out as the deeply conflicted Tony Stark. Chris Evans has made Captain America his own, imbuing Steve Rogers with an unrelenting sense of moral conviction and purpose.

Newcomers Black Panther (Chadwick Boseman) and Spiderman (Tom Holland) prove to be fantastic additions to the already large roster of characters. Marvel’s future feels secure with these new additions leading the way. Chadwick Boseman’s Black Panther in particular has a huge part to play in proceedings and has a very personal stake at the heart of his pursuit of the Winter Soldier.

The Russo Brothers have done an excellent job pulling this film together. It has a staggering number of characters and continuity threads to juggle and yet the audience never feels lost. The two and a half hour run time breezes by and it is a testament to all involved that if you removed the physical battles from the film, it would still work superbly as a politically charged character piece. Tensions escalate throughout before finally reaching boiling point in the third act. Keep tissues at the ready, this film hits hard.

Directors of John Wick Chad Stahelski and David Leitch acted as second unit directors on the production and as a result, set pieces crackle with energy and weight. The airport battle seen in the trailers is arguably the greatest action set piece in a superhero film yet and thankfully, the marketing department withheld the crowd pleasing moments from all promotional material. Each Avenger gets a chance to shine and you may find yourself falling in love with Ant-Man a little more.

One complaint about Marvel’s cinematic outings are the villains and Baron Zemo (Daniel Bruhl) continues the trend. Zemo has a plot that is particularly nonsensical and many would argue unnecessary in a film that already successfully pits our heroes against one another. His character is minor misstep in an otherwise excellent superhero yarn.

Captain America: Civil War sees the Marvel Universe mature as it enters its eighth year. Part thriller, part superhero blockbuster and all action this film fires on all cylinders and will truly divide audiences. Although it’s plot is not as tightly woven as The Winter Soldier, it proves to be the Avengers sequel we wanted and didn’t get with Age of Ultron. Avengers: Infinity War is in great hands with the Russo siblings.

The film poses a simple question: whose side are you on?

The answer by the time the end credits roll may surprise you and that is its greatest success.