It would be so easy to become swept up in the obvious, outward significance of Eva Husson’s Girls of the Sun. The first of only three films to play in this year’s Official Competition to be directed by a woman, the Saturday night premiere screening was preceded by a silent red-carpet protest, in which 82 […] 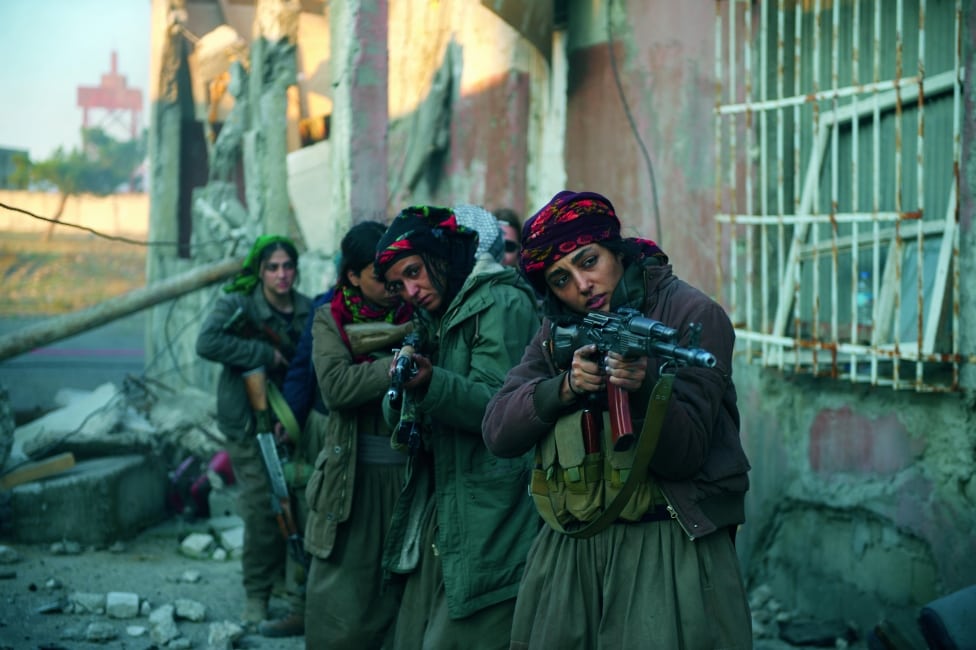 Girls of the Sun (Eva Husson)

It would be so easy to become swept up in the obvious, outward significance of Eva Husson’s Girls of the Sun. The first of only three films to play in this year’s Official Competition to be directed by a woman, the Saturday night premiere screening was preceded by a silent red-carpet protest, in which 82 female figures from within the film industry walked the steps of the Palais, led by Jury President Cate Blanchett. The number is significant, representing each of the 82 directors who have competed for the Palme d’Or during the festival’s 71-year history. By comparison, 1645 male directors have seen their films play in Competition here in Cannes over the same period of time.

That Girls of the Sun is such a bravura piece of filmmaking perfectly underscores the reasons why Cannes finally needs to dispense with its fatuous fascination of male auteurs. Based on the true story of an all-female Yazidi combat unit who fought to recapture their territory from Islamic State extremists, the film is an explosive & empathetic account of the struggles faced, and the sacrifices made by the titular battalion in the name of freedom.

Golshifteh Farahani plays Bahar, commander of the eponymous Girls of the Sun faction, currently located somewhere in Kurdistan. Once an aspiring lawyer, Bahar’s life was, like that of her comrades, torn apart by the arrival of ISIS in her region. Having seen her husband killed, her son snatched away to be sent to a jihadist school, and been forced to spend two years in captivity being sold as sexual merchandise before escaping, Bahar and her squad are now preparing to liberate her hometown from the hands of these radicals, driven by their shared cause: Women, Life, Liberty.

Husson teases out the details of Bahar’s past, through flashback, with a stark and brutal fragility, yet for the most part the tone remains one of volatile rage. It’s staunchly feminist, right down to the anthem the Girls sing before heading into battle, and directed with both a heart-rending emotional ferocity, and a formidably brawny, gung-ho execution that’s reminiscent of Bigelow’s The Hurt Locker and Kubrick’s Full Metal Jacket.

Accusations of the film being manipulative or naïve strike one as false, as if Husson’s more mainstream approach somehow diminishes the film’s impact. There’s a traumatically raw sense of place here, a palpable fear that as the Girls move closer to their target, and their numbers begin to diminish, something as innocuous as stepping on the right stone could be the difference between life and death.

There are faults, though, particularly in the handling of Emmanuelle Bercot’s Mathilde, a French war correspondent embedded within the Girls’ company. More of a plot device than a fully-formed character, Bercot succeeds in channelling the fearless determination of a reporter resolute in her mission to bring back the ‘real story’ of life on the frontline, but is let down by needlessly editorialised dialogue that regularly causes the script to become somewhat unfocused. By contrast, Farahani is given far greater room to manoeuvre, and Girls of the Sun is very much at its best when carried by her impassioned conviction. Bahar’s journey may be familiar, but I was with it for every harrowing step