By Linda Marric One thing is sure about Colin Trevorrow’s The Book of Henry is that it has managed to polarise opinions from one extreme to the other. There are those who simply don’t get what the fuss is about, and those who will see beyond its obvious flaws and prefer to focus on what […] 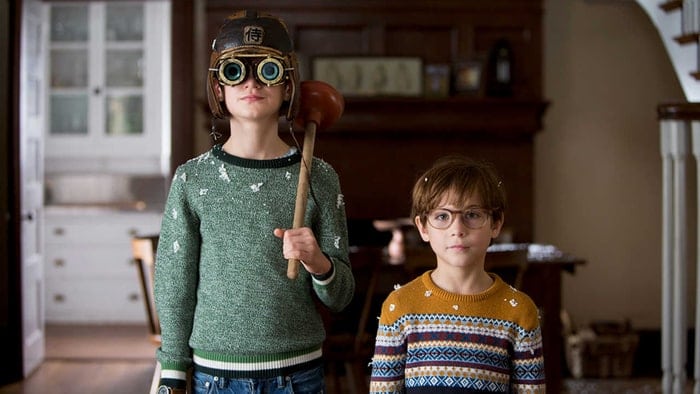 One thing is sure about Colin Trevorrow’s The Book of Henry is that it has managed to polarise opinions from one extreme to the other. There are those who simply don’t get what the fuss is about, and those who will see beyond its obvious flaws and prefer to focus on what makes this film so genuinely touching and so deeply likeable. Centring around themes of growth, loss and family ties, the film is definitely not perfect by any stretch, but one would be wrong to dismiss it entirely just off the back of a few plot holes. In fact, what is great about this curious little production, is its ability to charm its way into your heart regardless of any misgivings you might have had about its structure or content.

Precocious teenager Henry Carpenter (Jaeden Lieberher) is not only academically gifted, but he also takes care of every single detail in his mother Sarah (Naomi Watts)’s life. From arranging bill payments, to buying and selling shares in the stock market to help her out, Henry does it all for Sarah who simply refuses to grow up and face her responsibilities as a parent, choosing instead to rely on a child who has managed to make himself indispensable to her. With no father figure around, Henry has become the man of the house at the tender age of 13, even looking after his younger brother Peter (played impeccably by Room’s Jacob Tremblay) who simply adores and dotes on his brother. Add to the mix a story about a teenage next-door neighbour (Maddie Ziegler) who may or may not be suffering abuse at the hands of her step-father, and you’re left with a deeply convoluted narrative which might appear a little too far-fetched if you are unwilling to go with it. Things come to a head when both Henry and Sarah are forced to deal with a sudden crisis, a crisis which will see the family devastated beyond all expectations.

Trevorrow uses a fair amount of poetic realism and tells the story from a child’s perspective instead of offering a more coherent or well rounded narrative. Written by Gregg Hurwitz, the screenplay sadly fails to deliver on its initial premise, but it nevertheless manages to keep you hooked for long enough to want to find out the outcome. With some seriously impressive performances from Watts, Tremblay and Lieberher, the film sadly takes a turn for the silly in the second act, and never quite recovers from this particular blow.

On the whole, The Book of Henry is sure to divide audiences, but one thing everyone is likely to agree on, is that this film has more heart than the average blockbuster you’re likely to come across this summer. Its protagonists are relatable and its villain is as caricatural as can be, but that should in no way put you off this charming, yet messy feature. A genuinely interesting premise, slightly let down by a baggy screenplay and a misjudged gear-change after the first act.

The Book of Henry is in cinemas from Friday 23rd June.