Will only the South Korean filmmaking world enjoy newfound focus, or is India and the world's largest filmmaking industry also set to benefit from the seminal hit 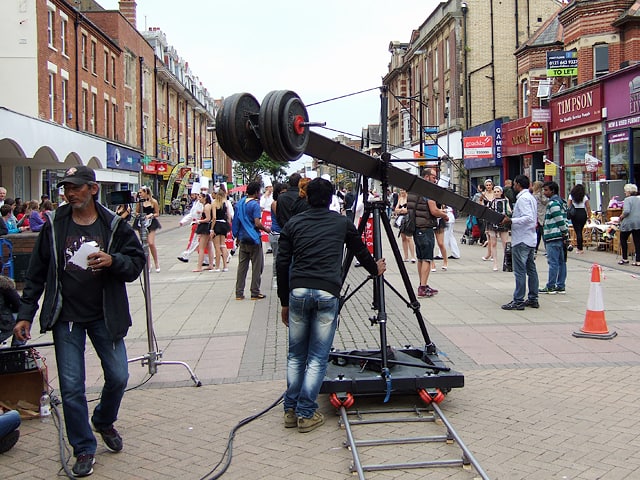 With Parasite victorious in the Best Picture race at the 92nd Academy Awards, there seems to be less limitations than ever for international filmmaking. The work savaging class and elitism resonated around the globe, elevating the status of the South Korean film industry and ensuring director Bong Joon Ho’s next work will be hotly anticipated.

A question remains as to whether this success as the first foreign language film to win Best Picture at the Academy Awards is an anomaly, or evidence of an increasingly globalised film industry. If the latter, not only South Korea may benefit from this expansion but domestic film industries all over the world.

At the top of this list may be in India, especially through the Hindi language Bollywood (a portmanteau of Bombay and Hollywood). Bollywood sells over three billion tickets a year (a billion more than Hollywood), and produces up to 2000 films a year. Yet Indian cinema’s association with the Bollywood ‘masala film’, often melodramatic tales combining genres and always containing multiple musical numbers, has in the past limited its appeal to international audiences more akin to associating these elements with soaps or musicals.

The masala film and the popular entertainment it embodies stands in stark contrast to Parasite, a more overtly arthouse film which won the Palme D’Or at the Cannes film festival before winning four Oscars. Conversely, Parasite has been playing in Indian cinemas for over a month, something unprecedented for a film not in English or a native Indian language.

Vikram Malhotra is the founder and CEO of Abundantia Entertainment, an Indian based production company which is focused on producing films with international appeal, and has worked in the past with streaming giant Amazon. Of whether Indian cinema can break free of its narrow Bollywood definitions, Malhotra says: “There are increasingly films coming out where we cannot rely on the conventional formula of three hours of runtime, loud music, song and dance, big Indian wedding, we don’t do that anymore. It is more content and insight based stories that are now ruling the roost.”

As to whether musical numbers still hold Bollywood back in the sense of framing the works in a very specific genre for Western audiences, Malhotra points to an increasing number of Bollywood films that are made with no musical numbers at all. Last year thriller films Devaki, Kaithi and Game Over featured no musical numbers. Baby, Malhotra’s own produced work, was a 2015 action thriller without musical numbers that was a critical and commercial success. It may seem strange to Western audiences that films in these genres would ever contain song and dance sequences at all, but any Bollywood film without such numbers is a significant departure from the masala genre that has so dominated since the 1970s.

“Just as Parasite found relatability and liking across the world there are existing Indian films such as Kahaani and more in the pipeline which can find a universal appeal. With international progression we have moved away from that [masala] brand of cinema fair and square,” says Malhotra.

Arguably, Indian cinema has already received wider international focus and Oscars glory. In 2009, drama Slumdog Millionaire became the first film with an entirely non-white cast to win Best Picture. However, while Indian-set the film was directed by Danny Boyle, and funded by Film4, marking the film as a British backed endeavour.

“[Slumdog Millionaire] is based in India, yet there was nothing inherently Indian about it. That’s not an Indian film, and I am not one to claim that we made it to the Oscars through.

But the kind of work that I’m seeing will find recognition internationally. It is going to be work that is effectively produced by India, and stories that are written and told by Indian storytellers”, says Malhotra.

Speaking at a rallies in Colorado and Las Vegas, Donald Trump bemoaned Parasite’s victory at the Academy Awards, criticising the award being handed to a foreign language film and harkening back to previous Best Picture winner Gone With The Wind and nominee Sunset Boulevard. A knee-jerk rejection of such a foreign film without appearing to have even seen it belies the issues international cinema has had for decades.

As to whether old-fashioned views such as Trump’s still pose a threat in this arena, Malhotra says: “It is unfortunate, but everyone is entitled to his or her own opinion on how to approach artistic content. That’s the beauty of our business, you can be winning the world’s the highest honour one day and then you could be subject to unwarranted comparisons the other day.”

However, such comments from a world leader does raise concerns from Malhotra from a regulatory standpoint: “I’m not going to bury my head in the sand and say that these are comparisons that is escalated are not going subject to some amount of protectionism.

You can get to a point like China where you are going to limit the number of international films that come to your theatres to protect the domestic industries. In India we have no such limitations, it’s a free market, but it is a point I worry about more as content goes more global and as more films start finding cross water favour, would domestic industries start putting in restrictions under the garb of protection of the local cinema to limit such films.”

With experiences at Amazon Prime, Malhotra is familiar with the world of streaming. Beyond age old attitudes towards foreign features, protectionism and even censorship, the biggest hurdle for international features was often distribution towards cinemas and marketing overseas. Streaming platforms delivering content directly into people’s homes may be a way past this issue, and Malhotra seizes on the opportunity: “International distribution, especially non-diaspora markets were the fact that sometimes the cost of promoting the film could be higher than revenue potential from those markets.

There have been films with a large European market that have caught on and more than recovered its investment there, but outside of that there was always this nagging fear that we would spend more than we could ever make abroad. Now accessibility is in real time, costs are low and if production companies decide to go non-theatrical then streaming enters into marketing on behalf of the distributors and producer, and makes it that much simpler.”

While action has often seen as cross border potential, Malhotra also collaborates with Crypt TV. The US based horror production company is founded by Jack Davis and Eli Roth, and backed by Jason Blum and Blumhouse Productions, forming a co-production alliance with Malhotra’s Abundantia Entertainment to launch in India. On the potential for horror to have global success as genre, Malhotra says: “Horror is expected to go global, as I’ve always seen that to make people laugh you need local cultural context, to make people fall in love, to identify social thematic themes you may need culture-specific content, but everybody scares the same way.” It is worth nothing that as well as its satirical elements, Parasite also incorporated horror themes.

Netflix sparking the streaming phenomenon may have been the opening to making the world of film a more interconnected space, and the success of Parasite further evidence that old age restrictions on international filmmaking are no longer applicable. How much Bollywood can capitalise on this remains to be seen, but in the last decade it has undergone a concerted push from the sub-continent to move past the cliches of its filmmaking past.

Of this brave new world, Malhotra says: “Parasite is being seen not because it is a Korean film. The way the audience has started behaving now this year and going ahead, is that they’ll stop looking at stories being American or Korean or Indian or Brazilian or British. Hollywood may as well be a different planet for many Indians, and is not viewed so much as an Indian film as nation agnostic.”