Author’s Introduction When I was young, my parents were pretty strict about what I was and wasn’t allowed to watch. My viewing had to remain within appropriate age boundaries. I couldn’t get into higher certificate films at the cinema or rent them on video because at 15 I still looked like I was about 12. […] 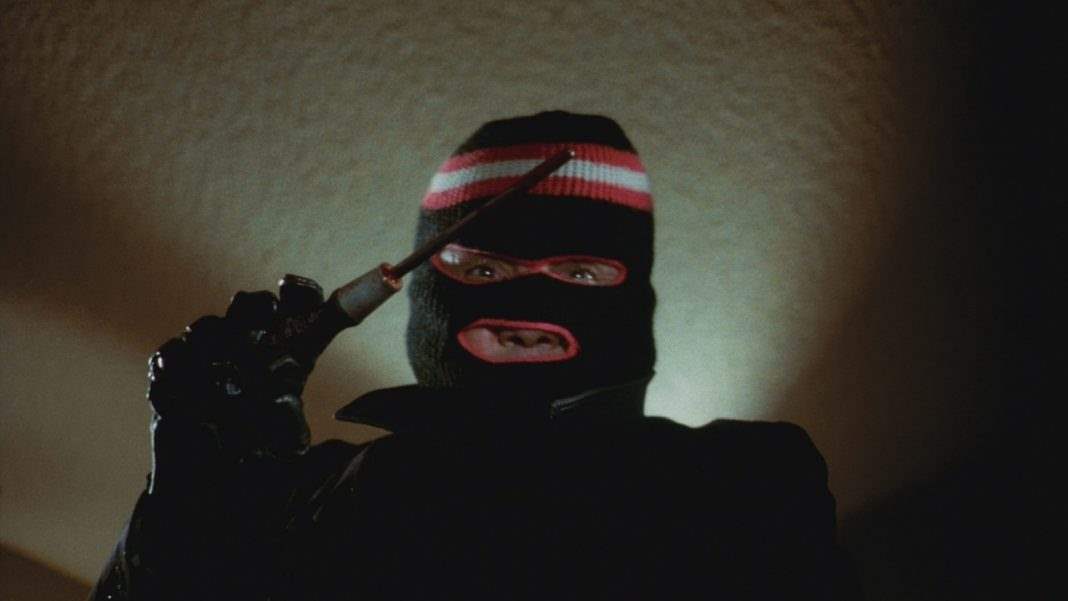 When I was young, my parents were pretty strict about what I was and wasn’t allowed to watch. My viewing had to remain within appropriate age boundaries. I couldn’t get into higher certificate films at the cinema or rent them on video because at 15 I still looked like I was about 12. Then we got a VCR, and I figured out how to set the timer and started delving with a vengeance into films my parents would probably still prefer I’d never seen.

I never liked being told what I couldn’t watch, but at least my parents knew me. I really resented being told by BBFC – the British film classification and censorship body – that even as an adult there would still be things I wouldn’t be allowed to see because, apparently, they were bad for me. I started reading about censorship, and by extension about banned films and extreme cinema, and becoming fascinated by these forbidden artefacts.

Then, when I was about 18, the longstanding director of BBFC, James Ferman, retired. There was a new attitude at the board, suddenly films that had been suppressed for years started coming out, often with heavy cuts, but I ate up the chance to finally see what the fuss had been about.

In this series we’ll be looking at films that have been, and in some cases still are, banned in the UK. We’ll discuss their censorship history and we’ll take a fresh look at the films, to see how they hold up as films and if they still retain that mystique, that transgressive charge that inevitably surrounds something you shouldn’t really be seeing.

To begin with, we’ve got one of the more infamous films from the so called Video Nasties list…

Please note: There are spoilers ahead.

For any Brit wishing to explore censorship and extreme cinema, the first port of call has to be the DPP list. It was the early 80s, video was a new technology and the major Hollywood studios hadn’t seen the moneymaking potential yet. Into this gap in the market stepped a huge amount of independent companies who would release just about anything, but one of the biggest markets was for horror films. The UK had a tough censorship regime at this time, but the law had not made any provision for cinema certificates to be extended to the video market. This meant that films that would have struggled even to get a cinema release could now be put out on video with no cuts. The press went into full moral panic mode, saying they were worried about the numbing effect of the ability to rewind, pause and watch in slow motion the sort of lurid sexual violence that was in some of these films. They mounted a campaign against the “Video Nasties”.

The DPP list was a fluctuating document, eventually coalescing around 72 films that would be subject to seizure and prosecution under the Obscene Publications Act. The Toolbox Murders was removed from the list in 1985. It’s not easy to tell exactly what versions the film has been available in in the UK. For the cinema release in 1978 just over two minutes of cuts were made, to the bathtub scene and the murders that make up the opening of the film. It is possible (and certainly happened with other DPP listed titles) that two versions were released on video. The first version is reported as being cut by six minutes, but this may be inaccurate because of failing to take into account PAL speed up (the UK’s PAL video standard made films run at 25, rather than 24 frames per second, shortening the running time on home formats up until Blu Ray), or a duplication problem. At best, however, this tape was identical to the version BBFC passed for cinema release. It also seems that there were uncut versions available on tape, but I haven’t been able to confirm how common they were, or how they would have been told apart from the cut version.

A handful of cuts were restored for the re-release in 2000, but this version was still missing one minute and forty six seconds, presumably from the same sequences early in the film. It would still be this cut version that was available in the UK by the time Tobe Hooper’s remake (in name only) came around in 2004.

The Toolbox Murders is almost a prototypical DPP list film. It’s not great and for the most part it’s not even all that violent, but its moments of extremity do stick out and are lurid enough that you can see why they would have proved shocking, certainly to people who didn’t watch a lot of horror films, forty years ago.

The film that the title, the poster, and the fantastic tagline “Bit By Bit… By Bit He Carved A Nightmare!”  advertise is really just the first twenty five minutes or so. The first act of the film barely even bothers to introduce any characters, instead it’s just a relentless series of set pieces as the film’s killer uses drills, screwdrivers and nail guns to murder his way through an apartment complex. The sequences aren’t, by the standards of something like Hostel, all that shocking, but between the repurposing of everyday items, the grainy film stock that gives everything a seedy feeling grindhouse verisimilitude and the length and, for the time, brutality of this opening, it’s easy to see why BBFC would have been troubled by it.

Unfortunately, both of these stories feel somewhat underdeveloped. The investigation thread is particularly thin, with a detective character who is barely developed and heavily telegraphed twists. It’s also quite dull, thanks to some pretty amateurish acting from Beauvy and Eure. The idea behind the storyline with the kidnapped Leslie and her captor (Cameron Mitchell) is actually very disturbing, and the performances aren’t bad. Mitchell convinces as a father sent off the rails by the loss of his child, but there’s also an undertone that suggests something disturbing in the way he infantalises Leslie as he did his daughter. For her part, Pamelyn Ferdin certainly seems terrified and unnerved by Mitchell and it looks like there probably wasn’t a whole lot of acting needed on her part, judging by the fact that marks are often visible on her cheeks from the tightness of her gag.

The problem is that, because the film divides roughly into thirds between the kidnap story, the investigation and the murders at the start, with the most time given to the investigation, there isn’t enough time for the kidnap storyline to really get under our skin. This is also the fault of the dialogue, which feels a bit stilted, though Mitchell makes the best of what he’s got.

On the whole, The Toolbox Murders feels like a film that started with the title and the murder sequences, with a narrative then built around those ideas and images. Dennis Donnelly’s directorial career was otherwise confined to TV, and that’s no surprise, as this film feels more like the work of a solid craftsman than an auteur. There are interesting things here; a few memorable sequences, some good ideas and at least one performance that exceeds the screenplay, but it’s undeniably an uneven piece of work.

In 2017, The Toolbox Murders was finally passed uncut for UK audiences. It’s not hard to see why it gave the BBFC pause in the past, nor why it got through uncut now. Next to the dwelling on violent detail in ‘torture porn’ films, only the bathtub sequence, with its explicit linking of sexuality and violence, feels at all shocking now, and even that has been one upped over the past forty years. If you like slashers and have an interest in censorship, this remains worth catching. As a sidenote, it’s well worth tracking down Tobe Hooper’s very different and rather better remake. It too is no masterpiece, but it shows Hooper finding his feet again after some poorly received work and boasts a typically excellent performance from Angela Bettis.