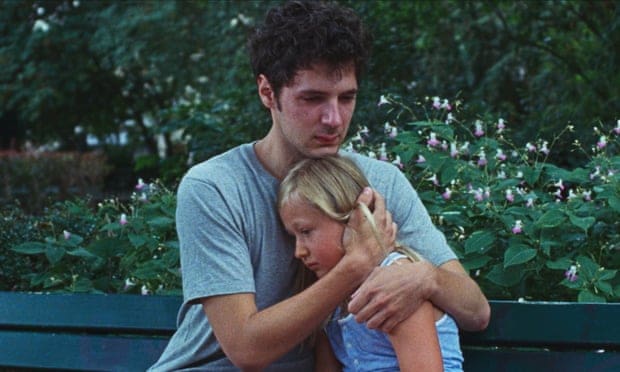 Amanda’s poster depicts a frequently used image of a blonde-haired young girl in the backdrop of an expansive turquoise sky with a customary official selection festival symbol. The marketing misleadingly hints at a cutesy, quirky indie. Amanda is almost that, in its first 20 minutes and then, not. The film’s quest for earnestness and the exploration of the human condition turns it into a more generic affair, ultimately losing all the credibility it built up in the first place.

Amanda is not centred around a seven year-old girl but at her young uncle David Sorel (Vincent Lacoste). He is an attractive twenty-four-year-old, instantly likeable, skinny frame, curly hair; cool nerdy vibes, reminiscent of a young David Duchovny. Earning his way by looking after Airbnb guests for a dodgy landlord with the occasional gardening for the local council, he is the younger brother of the even more attractive Sandrine (Ophelia Kolb), the single parent of the boisterous Amanda (Isaure Multrier).

With an estranged mother and a deceased father, the siblings are on their own, David having to help out with school pick-ups and babysitting. As we preview their domestic workings in the panache of their liberal modern-day Paris life, it all comes to an abrupt halt. Random freak timing finds Sandrine picnicking in the park which become the grounds of a terrorist attack, eluding to the real-life Paris terrorist events of 2015, and she is tragically killed. David and Amanda are left to pick-up the pieces of this life-shattering blow.

Mikael Hers makes a questionable directorial move, when following on from the scenes of the attack, he proceeds too restrict our visuals of its effects on Paris and rather zooms in on David’s microcosm. Apart from one token scene where a woman wearing a hijab is shouted at in the streets, the aftershock of terrorism is negligibly explored. This avoidance to touch on any of the politics of terrorism and its aftermath reduces the potency of the injustice and tragedy surrounding Sandrine’s death. Further placing the whole thing amidst such a dramatic setting feels pointless, almost exploitative, even if it directly influences the story’s trajectory.

Lacoste gives a decent performance; David’s fluctuating grief follows a very natural course. The out-of-the-blue uncontrollable sobbing or the overwhelming prospect of becoming a parent or in the film’s most heart-wrenching moment, the unbearably prolonged scene where he finds it impossible to break the news to Amanda. But it’s from this point on, matters take a nosedive as the film transforms itself into a weepy superficial character study. It morphs into this oversentimental examination about David coming to terms of becoming Amanda’s sole provider, which is further aided by the unnecessary complications garnered by the appearance of his estranged mother Alison (Greta Scacchi).

No matter how convincing Lacoste is, the script remains very weak. Distractingly boring, culminating into an incredibly mawkish finale, more akin to a Lifetime TV movie.

Amanda is currently in UK cinemas