By Stephen Mayne  @finalreel By my count Robert Altman made five clear-cut masterpieces, of which one – McCabe & Mrs. Miller (1971) – is about as perfect as is possible in the medium. Ask other people and you’ll get different lists and different favourites. He was that kind of artist. He didn’t so much tell […] 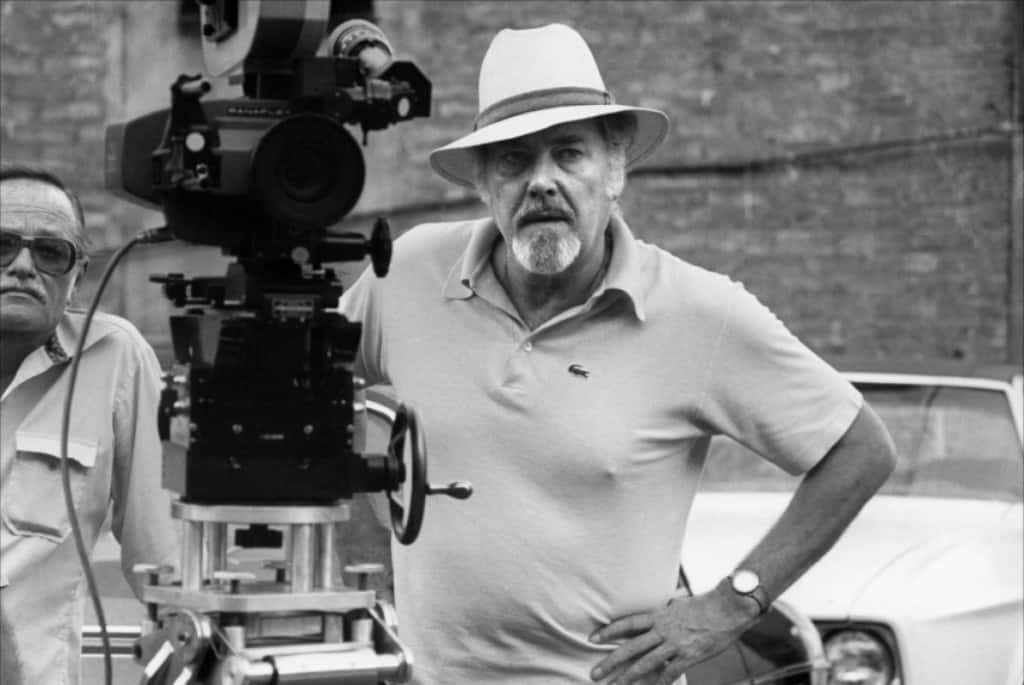 By my count Robert Altman made five clear-cut masterpieces, of which one – McCabe & Mrs. Miller (1971) – is about as perfect as is possible in the medium. Ask other people and you’ll get different lists and different favourites. He was that kind of artist. He didn’t so much tell stories as create worlds that would subsume viewers until at least the credits, and often a long time afterwards. Ron Mann’s documentary reveals very little about the man and his craft, but it does provide a great primer for newcomers, and a reminder for fans.

Mann’s approach is straightforward. Working chronologically, he goes from the start of Altman’s career when he first broke into screenwriting in the late 40’s right through to the end of his life just under a decade ago. The most interesting sections come early on as he covers Altman’s time making industrial films and then as a prolific TV director. This part of his career always receives less attention, quite rightly compared to the films to follow. Yet it also forged him as a filmmaker, teaching him the technical skills coupled with speed and efficiency, and by stifling him creatively to the point that he had to break free.

Once into the career proper with M*A*S*H (1970), Altman continues to fly by slowing only briefly at each film to show a few clips. It’s a fascinating experience watching his whole career zip past in a fluid montage. It’s almost impossible to come away without wanting to go home and immediately start watching them in full.

Outside the clips, Altman has little else to offer though. Mann has accessed onset footage that is fascinating to watch without adding further insight. There are brief references to his many innovations; pre-exposing film, overlapping speech and the repertory approach. His battle to stay independent, the production company he founded, and the peaks and troughs he went through – pretty much all of the 80’s were lived on the down until The Player in 1992 brought him back to the acclaim of his 70’s films – are also alluded to without further elaboration.

Sprinkled throughout, Mann has also gone to the effort of interviewing a wide-range of big names only to ask them for their definition of the term Altmanesque. As fun as it is to watch Bruce Willis offering his thoughts on the matter, I couldn’t help but think these contributors could have been put to better use. Especially given the wide range of actors Altman worked with, and stuck by over the years. A little more insight is granted on the family front, including a comment from one of his sons that despite being a loving father, films came first. Mann doesn’t take this much further either.

If you come to Altman expecting to learn something new, you’ll be disappointed. This is really just a précis of his career. But Mann’s film will certainly inspire a return to his back-catalogue. So what are you waiting for?

Altam is on general release from Friday 3rd April.