Ball, 81, caused some audience members walked out in disgust after apparently referring to Islam as 'violent'

by SWNS
in TV 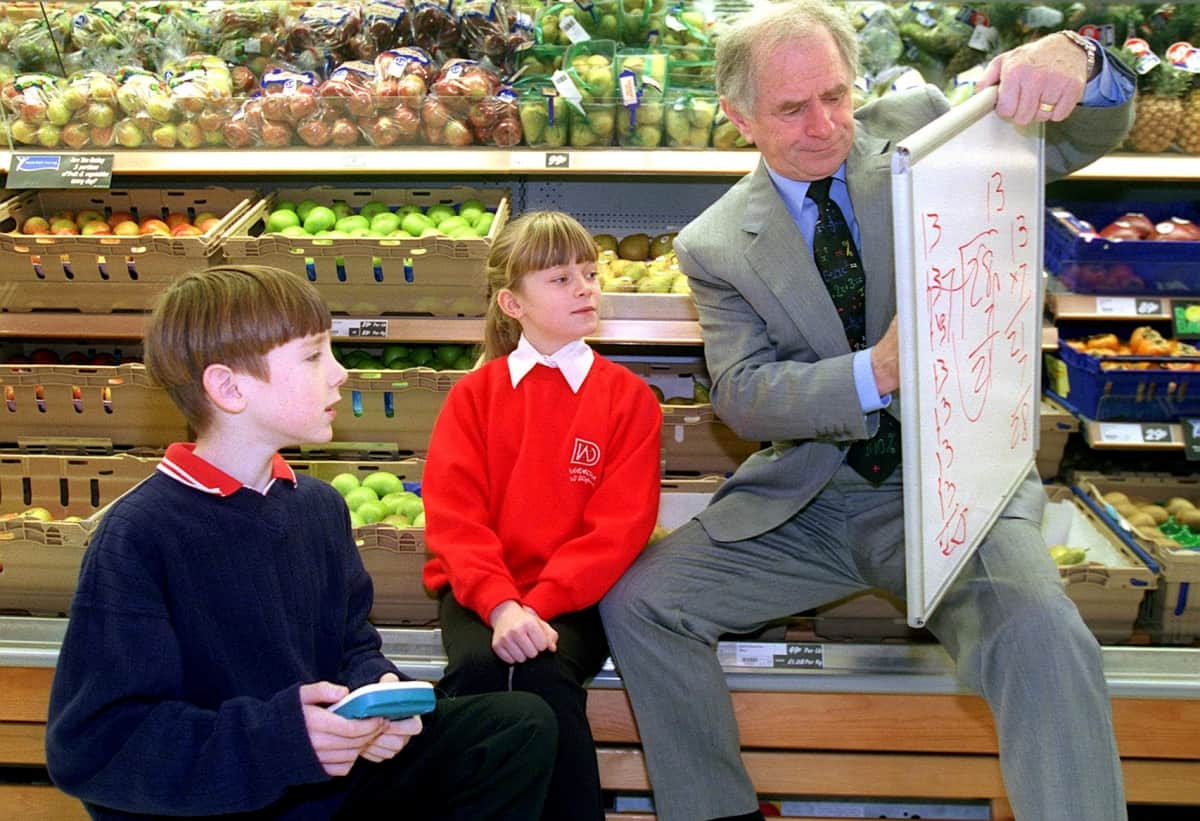 A venue has apologised after a talk by TV’s Johnny Ball turned into a ”sh*t show” – including denying climate change and alleged ”Islamaphobic comments”.

Kids presenter Ball, 81, caused some audience members to walk out in disgust after referring to how Islam’s ”origins were violent”.

The 80s star was giving a talk on the history of maths at St George’s Hall on Monday as part of Bristol’s Festival of Ideas.

But some guests have since complained to the venue after Mr Ball went ‘off topic’ and discussed his views which challenged scientific opinion on climate change.

Onlookers claim he put on a mock German accent and called Islam ‘violent’ – something denied by Mr Ball.

St George’s Hall said Mr Ball, 81, has apologised for the inclusion of a section of the talk denying climate change.

They said they were investigating the claims about a reference to Islam, which was made in the context of the history of maths.

Mr Ball vehemently denied the claims of Islamophobia, but stood by the inclusion of a section of the talk dealing with his views on climate change, saying he regretted it.

But he said that he felt he had to do it to counter ‘alarmism’ that is causing children to walk out of school and cities to be occupied by protests.

Ruth McAllister Kemp took her family, including two boys aged 13 and 11 – and even went up on stage with one of her sons to help Mr Ball with a maths presentation.

She said: “It wasn’t very structured, and started off very interesting about maths, but then he started to go off topic and began talking about climate change and his opinions on things like the effectiveness of sustainable energy sources.

“I wouldn’t go as far as to say it was a rant, but it was impassioned and opinionated. It was very unexpected and made a lot of people feel quite uncomfortable.

“I was at the front, but I could hear people behind leaving. At the end there was a question time and one chap challenged him about it, and he wasn’t very clear and sounded sort of caught off-guard by the challenge.

“The comment about Islam being violent was within the section about the history of maths, and it was a throwaway line which I didn’t quite catch, but it was either that Islam was violent then, or is a violent religion now.

“It would seem that he didn’t want to stay within the boundaries of the billed presentation.

”It was the Festival of Ideas, though, and we came home and had good debates about listening to all views, and so it was valuable.”

One of those who walked out was Olga Alexandru who tweeted her review of the talk.

She wrote: “Have to break my no-social-media-on-Monday rule to talk about the s***show that was Johnny Ball at St George’s Bristol.

“Everything was going fine until he denied climate change and made Islamaphobic comments! We walked out. Disgusting!

“(I) had no idea who he was beforehand and only chose the talk because my partner did a degree in math so thought it would be fun.

”Really disappointed with Festival of Ideas and St George’s Bristol for giving this man with his dangerous viewpoints a platform,” she added.

“Really enjoyed Johnny Ball until he went off on a crazy anti-climate change rant,” he said.

“Think before you book next time, Festival of Ideas. The climate change denial wasn’t great, but the Islamophobic comments were really gross and not okay.

“The comment about Islam being ‘violent’ was a ‘throwaway’ casually racist comment after the climate change denial section.

”The section where he did a faux German accent at the end wasn’t ideal in the context of the other stuff either. The maths was fun. Such a pity,” he added.

St George’s Bristol, a concert and event venue just off Park Street in the city centre, has apologised to people offended by what happened.

“We and Festival of Ideas invited Johnny Ball to speak on mathematics and education, a well-received talk at other venues,” a spokesperson said.

“We were surprised when he deviated from this and do not agree with his views on climate change.

“Mr Ball has apologised for its inclusion. We and Festival of Ideas take allegations of Islamophobia extremely seriously and are in the process of obtaining recordings to listen back to what was said.

“We will take appropriate steps accordingly once we have these, and stress that we do not endorse discrimination of any kind,” she added.

The presenter, who brought maths to life for generations of children in the 1970s, 80s and 90s through programmes like Think of a Number, told Bristol Live he strongly denied any claims that his references to Islam were racist.

He said: “It was in the context of the history of maths, and what I actually said about Islam was that its origins were violent but that it became the most wondrous religion because it gave us back all the maths that had been lost to history.

“Those people have got cloth ears if they heard that as being racist. I am the least racist person that I know.

”I don’t have a racist bone in my body. I am a firm believer that we are a far better, far richer world because of the mix of races and religions,” he added.

Mr Ball said he regretted including a section on climate change in his talk about maths, but said he felt compelled to.

“I have said that seeing children walking out of school in an effort to protest, and people occupying the centre of London and other cities – it’s very worrying because it’s not the case that there is an immediate threat.

“The whole furore around climate change is grossly over-stated, and I have to speak because I have always tried to give children the confidence in their future, and I cannot stand by while people destroy that confidence – I cannot allow it, without having my say.

“It is regrettable that I have to do this, when I want to talk about maths.

“It was a very successful evening, but in retrospect I really should have stuck to my mathematical tack,” he added.

Back in 2011, the veteran TV presenter said bookings for his talks had plummeted by 90 per cent after he was abused by ‘environmental extremists’ who disagreed with his views on climate change.