“Sometimes you get the impression that nobody ever laughed during the period between 1914 and 1918”, Ian Hislop said ahead of the opening night of the Wipers Times at Richmond Theatre. To some extent that would be true – the war was no laughing matter, after all. But in other ways it would be very un-British […] 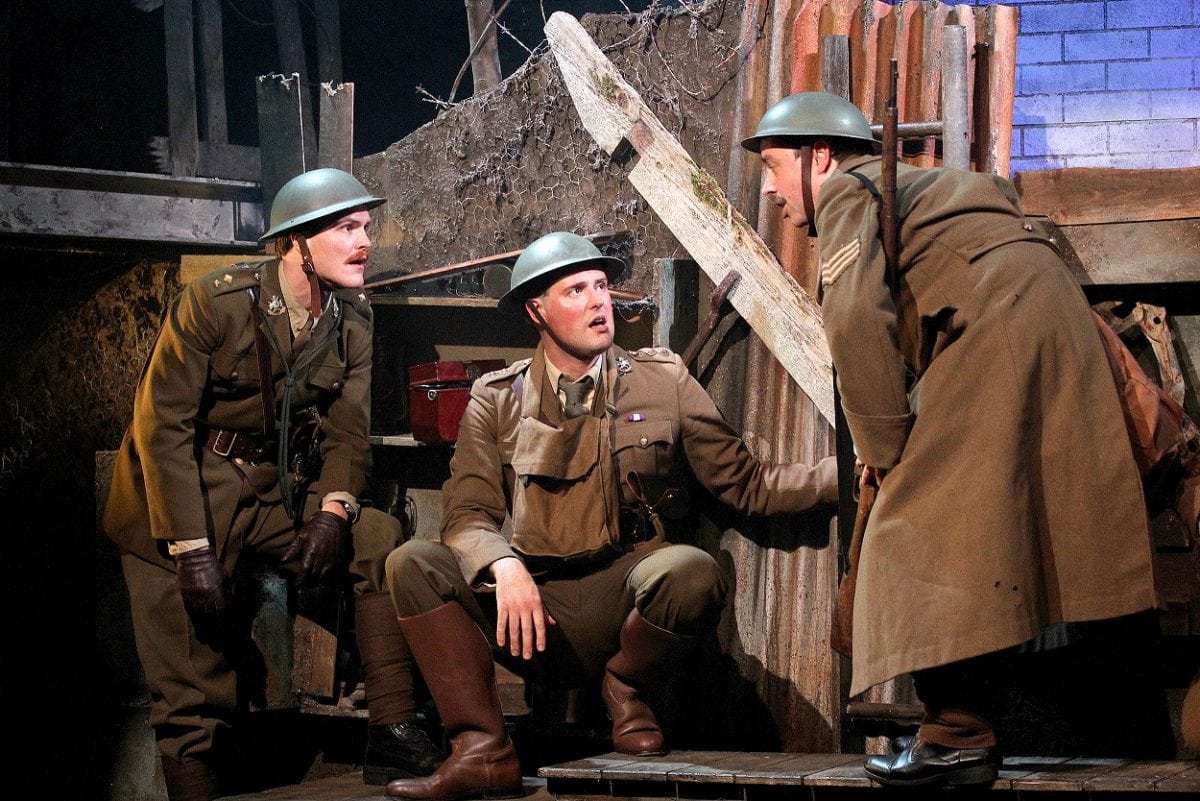 “Sometimes you get the impression that nobody ever laughed during the period between 1914 and 1918”, Ian Hislop said ahead of the opening night of the Wipers Times at Richmond Theatre. To some extent that would be true – the war was no laughing matter, after all. But in other ways it would be very un-British not to laugh in the face of adversity, and in 1916 in a bunker outside Ypres (mispronounced Wipers by British soldiers) that is precisely what our troops were doing.

It was early spring when the 24th division of the Sherwood Foresters, led by Captain Fred Roberts, discovered a printing press in the bombed out ruins of West Flanders. Aided by their civvy-street printer Sergeant, Roberts and his Lieutenant Jack Pearson decided to use the press to print a newspaper. But unlike other trench papers such as the glitzy periodicals being produced by Italian troops and the pages of hate being hammered out at a rate of knots by Nazi soldiers the Brits decided to eschew conventional war publishing and instead produce a resolutely cheerful, subversive and very funny newspaper designed to lift the spirits of the men on the frontline.

The creation of which, in a nutshell, is the journey Hislop and Nick Newman have purveyed in their stage adaption of the BBC drama Wipers Times which is once again embarking on a national tour which got underway in Richmond last night. And what an opportune venue it was. The theatre first opened its doors in 1899 and survived the wars and heavy blitzes in World War II where the orchestra would play so loudly that the audience could not hear what was happening outside. It was nothing if not resilient, and with all its charm maintained – dated chairs, crisps in tins, cabaret music in the background –  it really encapsulated the spirit of the show. 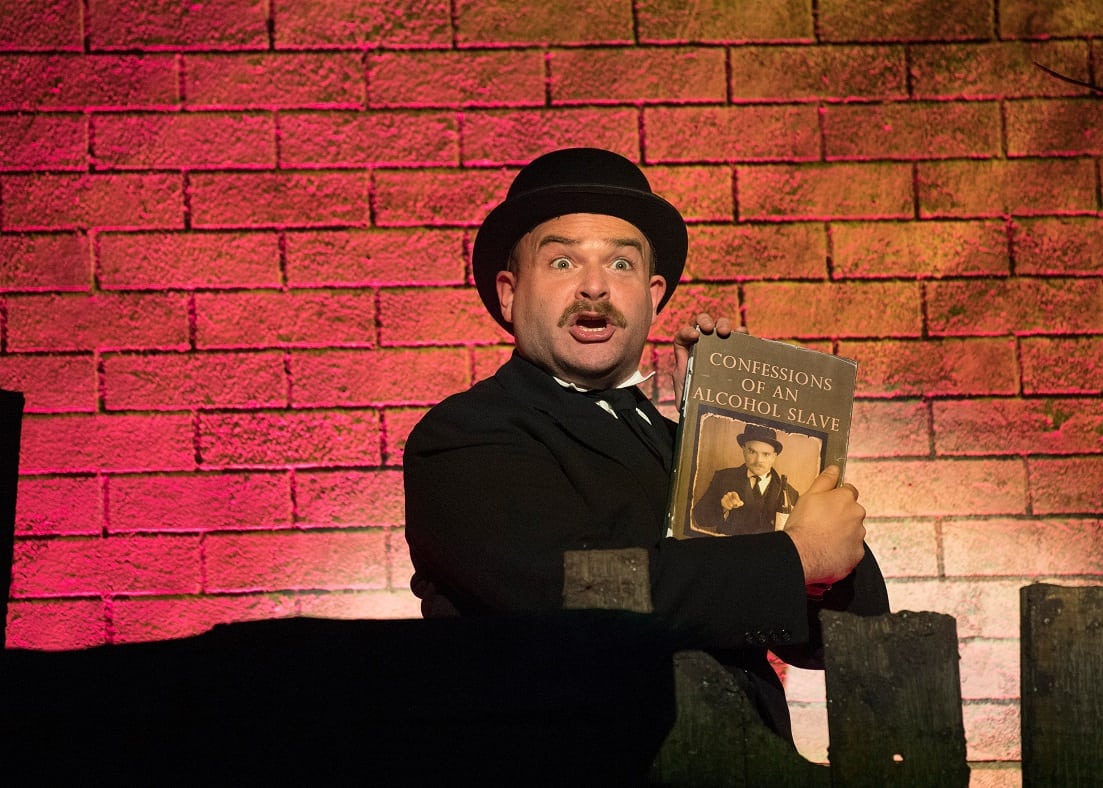 As did its protagonist James Dutton in the role of Captain Roberts. Alongside George Kemp (Lieutenant Pearson) the pair displayed how tremendous temperament and resilience in the face of overwhelming adversity was key to the war effort, showcasing how humour was used as a self defence mechanism in the war and played an imperative role in maintaining morale. As the programme notes stated soldiers fighting on the front fell on The Wipers Times like thirsty men finding water in the desert, and you can see why. Few publications encapsulated the experiences of the men on the front line like Wipers did, celebrating camaraderie, absurdity and tragedy of life in the trenches, often on the same page. 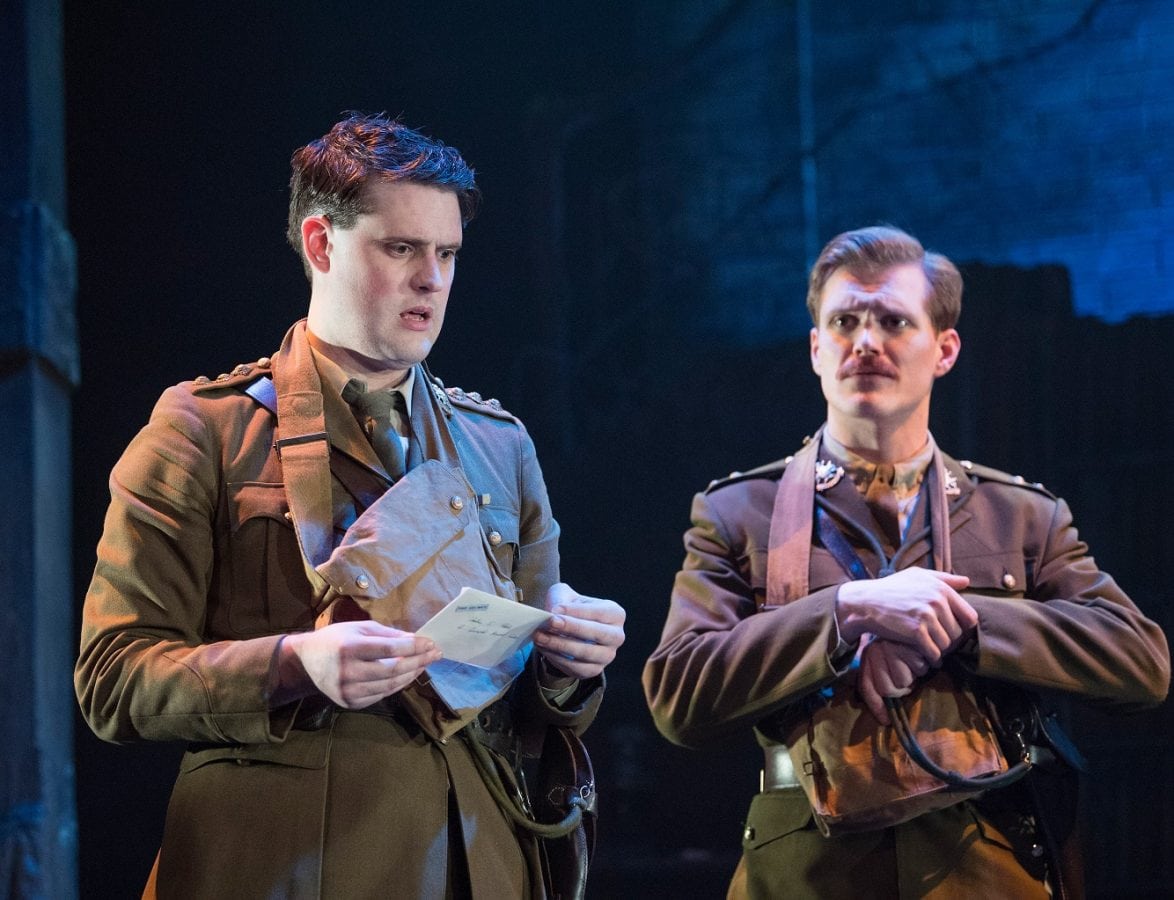 And there really is no better way of telling the story than on the stage. The laugh-out-loud play keeps the audience engaged throughout as well as allowing them to delve into well-researched but often under-reported aspects of the war. History had a very different view of the war from the editors of the Wipers Times, and the only tragedy is that this version of events hasn’t been told sooner.

It goes to show that there may have been a shortage of good news during the First World War, but like the booming orchestra of Richmond Theatre, the one thing our troops were never short of was resilience and good spirit in the face of adversity.