Fidel Glasgow, 21, died in hospital after being stabbed outside Club M in Coventry, last weekend 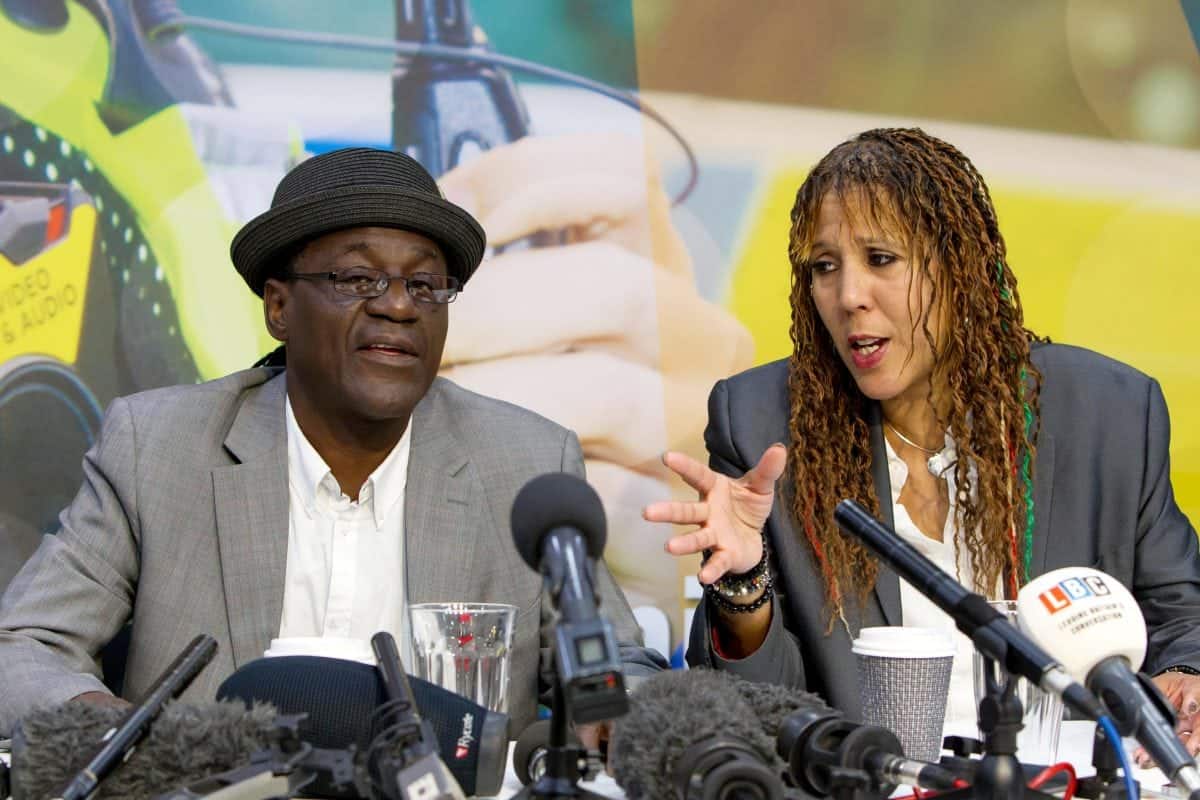 The Specials frontman Neville Staple today (Wed) spoke of his heartache over the death of his grandson as he made a public appeal to bring his killers to justice.

Fidel was stabbed in the stomach outside a Coventry nightclub at 5.30am on Saturday (1/9) and was rushed to hospital by paramedics in a life-threatening condition.

He was found at the rear of Club M on Croft Road in the city centre but later died at University Hospital Coventry.

Atikou Diallo, 23, has been charged with wounding a 23-year-old man who was also attacked but Fidel’s killer remains at large.

Neville, a vocalist with the Coventry ska band, urged anyone with information to “grass up” the perpetrators and contact police.

The family also called for communities to come together to combat knife crime and told gang members: “It’s just not worth it.”

“If anybody was there or seen anything you don’t have to worry about anyone saying anything to the police or grassing if they do it anonymously.

“Its best that if whoever was there can just come forward.

“There was a lot people who tried to help by stepping in and those are the people we need to come forward – if they did it would be brilliant.

“Fidel was a lovely guy, he was a bright and smiley youngster.

“We used to have a lot of fun and he even asked me to help to start his own clothing line. “Out message to people out there would be if you feel like to need to carry a knife when you go out, then don’t go out.

“Go do something else instead.

“At the moment I can’t even talk because it’s so shocking. It is tragic.”

His wife Christine said: “We are hoping people do come forward because as a family we don’t know what’s happened.

“So as a family we are trying to keep it together and highlight this tragedy. It hurts. It hurts like hell.

“Fidel’s mother Melanie is not copying very well, she’s had a lot of support and love, but she just wants to know why as well.

“We would also like to thank the hospital they did everything they could to save Fidel – they were even crying with us.

“I think it’s becoming a war zone out there on the streets.

“That is why we go to the schools and communities to speak to people about these issues.

“If you carry knives there is the risk it will be used on you, or you’re going to use it on someone else out of fear.

“You’re going to end up being a murderer, or you’ll end up dead. It’s just not worth it.

“It is everybody’s responsibility. How many parents are checking and talking to their kids about it.

“There are a lot of kids in gangs who don’t want it but don’t know how to get out of it.”

Appealing for anyone with information to get in touch, she added: “Come forward, speak to us, let us know what happened.

“We would like to know those people who tried to help.

“We need you to come forward to say what they saw and what they did to help. They shouldn’t be frightened.”

Kofi, 21, said Fidel was a ‘family man’ and an entrepreneur and will be ‘massively missed’.

He said: “He’s my cousin, but he was like a brother to me.

“He was just a happy guy, full of joy, he was always smiling, no one really had a bad experience with Fidel.

“He started up his own clothing brand – he was just trying to start something out of nothing.

“He was amazing – he would bring all of us together and make a bad situation good.

“We need to try and find out what happened to him to get some justice.”

“Because that person is still on the loose – chilling with their family whilst ours is broken.”

Detective Superintendent Matt Markham, of West Midlands Police, said there was a group of over one hundred people in the area at the time of the fatal stabbing.

He added: “Only a small number were actually involved in the disorder.

“We are not sure why it started but it started with a small number from the larger group of people.

“There is no suggestion that Fidel was targeted.

“My appeal today is for all those people who were not involved to come forward because they have nothing to fear.

“We have CCTV evidence that shows the part they played was not involved.

“There was even a number of people who stood between Fidel and the attackers – trying to calm things down.

“So their actions should be commended.

“Those people who tried to help out need to come forward because whatever they saw maybe really important to the investigation.

“If you wish to report anonymously then that is fine.

“People can come forward by logging onto the West Midlands Police website – alternatively they can call Crimestoppers on 0800 555 111.”