Think you know your Moschino from your Naf Naf? This photography exhibition might be just the thing to test your 90s fashion know-how, and the chance to glimpse a scene that (despite Urban Outfitters’ best attempts) is long-gone, along with car phones, Pogs and disc-mans. Ruffnecks, Rudeboys and Rollups (Rx3) will celebrate the influential (and […] 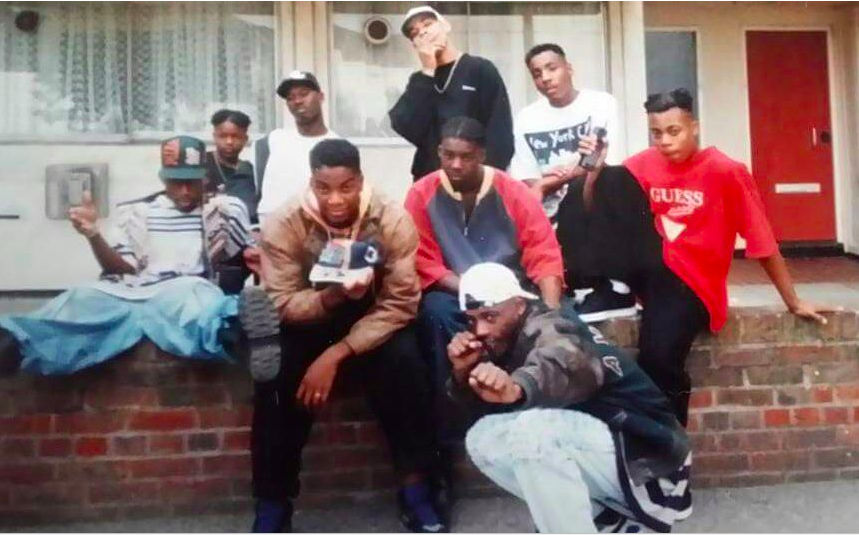 Think you know your Moschino from your Naf Naf? This photography exhibition might be just the thing to test your 90s fashion know-how, and the chance to glimpse a scene that (despite Urban Outfitters’ best attempts) is long-gone, along with car phones, Pogs and disc-mans.

Ruffnecks, Rudeboys and Rollups (Rx3) will celebrate the influential (and current darling of the fashion world) phenomenon of 90s streetwear; showcasing the iconic and rebellious style of Londoners, through both professional and amateur photography.

Rx3 wants to take you on a personal journey, documented by those who were there at the time, with contributions from many cultural figures of the time, including Jazzie B (Soul II Soul), and Nathan Massiah, founder of Fresh Laces.

The show is presented by 6:77FlyCreative, an organisation which aims to educate through popular culture. “FlyCreator”, Angela Phillips, says: The idea was born out of an appreciation for a time period which I absolutely loved. These were my teenage years and when having discussions with others about that time I realised that it had yet to be documented.

“It has been touched upon but never documented fully. This wasn’t just about labels: this was a whole subculture. The music, the eclectic style, the desired individuality…I don’t think it’s ever been repeated.

“There was also something uniquely ‘London’ about this style.”

“Sadly, many of us had the clothing but didn’t document it. We just wore our clothes with pride! We didn’t realise what we were creating at the time. I often feel that the subculture is emulated without people truly knowing or understanding the real source. Ruffnecks, Rudeboys and Rollups aims to give credit were its due, to the reluctant pioneers and fashionistas of the scene.”

But with 90s fashion and labels now a firm favourite with people who were barely born in the decade, the hope is that the exhibition will have something for everyone. “I know that many of the visitors to Rx3 are coming purely for nostalgic reasons, while a few are eager to learn about what made that era so special,” says Angela.

“I want visitors to get the whole experience of what it meant to be a young person growing up in London at the time, and what it meant to us to take pride in how we presented ourselves. It was like a badge of honour.”

Angela has fond memories of the fashions of her youth. One item in particular sticks out in her mind: a pair of OG Nike Air Max 90s.

“A friend of mine bought her pair before me and I just remember looking at them in awe, and thinking how amazingly beautiful they looked on her feet. That was where my trainer obsession started: right there in the heart of Streatham High Street in 1990!”

She also cherished her Naf Naf sleeveless puffa jacket: “You had to travel to the West End, to a streetwear shop called Mash to get one. Naf Naf was a French label that was really big with the heads over here in London and that jacket along the Chipie chinos (another French label). Burlington socks with the roll ups (or ‘pinrolls’ as they were also known) were the necessary attire for the ultimate rudeboys or rudegirls wardrobe.”

Got all that? If you fancy seeing it all for yourselves then head down to 5th Base Gallery, just off Brick Lane, this weekend. The gallery is open 12pm – 7pm on Saturday, and 12pm – 5pm on Sunday. There is free admission, although a voluntary contribution of whatever you can afford is encouraged.