By Richard de Winter  @rgdewinter  @TLE Now it may have escaped your notice, gentle Reader, but there is a General Election imminent.  You could be forgiven for not knowing.  It’s not like the newspapers and news bulletins have been blathering on about nothing else for the last few weeks, or that social media have been […] 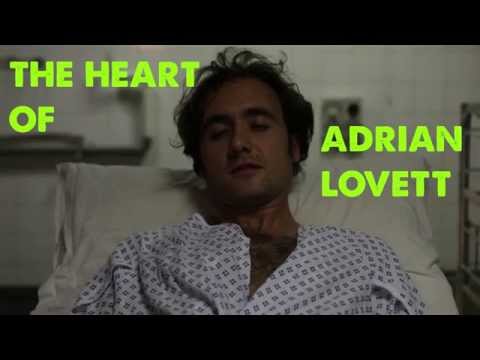 Now it may have escaped your notice, gentle Reader, but there is a General Election imminent.  You could be forgiven for not knowing.  It’s not like the newspapers and news bulletins have been blathering on about nothing else for the last few weeks, or that social media have been filled with ever more offensive streams of invective.  Some of you may not even be aware that a worrying number of people seem to believe that one’s ability to eat a bacon sandwich or down a pint is a direct indicator of suitability to lead the country.  Nevertheless, a General Election will occur shortly.

As a result, London’s fringe theatre scene is currently teeming with political pieces.  The Battersea Arts Centre is showing its resilience after the recent fire by presenting an extended season of political theatre, called Taking A Stand; Deposit at the Hampstead Theatre concerns the desire to do anything to get onto the revered housing ladder; and Brave Badger Theatre (no badgers were harmed in the naming of this company) deal with one of the election’s most fervently discussed topics, the gradual privatisation of the NHS, in The Heart of Adrian Lovett.

The venue for the latter show is the former headquarters of the Guardian on Farringdon Road, vacated in late 2008, which has been taken over by Theatre Delicatessen, a production company that specialises in using empty buildings and supporting non-traditional forms of theatre.  Not that The Heart of Adrian Lovett is obviously non-traditional – the audience are sitting on chairs arranged in fairly higgledy-piggledy rows, facing a set, in this case an operating theatre.

The basic plot concerns fading star Adrian Lovett who, in a bid to revive his flagging career, and (á la Partridge) gain a second series for his reality TV show, allows his heart transplant operation to be broadcast live.  The idea is that the money gained from the episode will enable the hospital performing the operation to continue to provide free point-of-entry healthcare to patients, a service that the NHS cannot afford to offer anywhere else in the country.

Lauren Pratt’s design is an extremely efficient use of a small space, with a suitably clinical look topped off by some medical-looking gizmos by the operating table, while the show cleverly uses different types of projection to break up the action, from a short video explaining Adrian Lovett’s rationale behind the TV operation to surtitles which act as a kind of digital Greek Chorus when required.

One of the most impressive things about the play is that, despite its obviously serious subject matter, it’s extremely funny.  The humour is, as you’d expect, on the dark side, but there are plenty of laugh-out-loud moments.  The audience are cast as fans watching the operation live on TV, so there’s plenty of scope for amusing audience interaction; similarly the periodic voiceovers from the TV director provide a steady source of humour.  The setting of the show during a TV broadcast is also clever – it means the medical process can be explained without it seeming like a particularly clunky piece of exposition.

It is during the second half that the most interesting aspect of the play occurs.  What has thus far been a fairly conventional piece of fourth-wall (ish) theatre suddenly turns into a forum on the state of healthcare, with the audience encouraged to give their opinion.  While it wasn’t immediately clear how active a part we were expected to take, it didn’t take long before a full-blown discussion was underway, with a variety of views being very eloquently expressed.  We heard from a GP, lamenting the number of patients she has to see for extremely minor ailments, we heard from a man who had suffered serious illness, we heard from a pair of Americans, praising the quality of care in the US, while admitting to the inherent unfairness of a system where some people are unable to get an ambulance due to the prohibitive $1,000 cost.  Everything was said with respect to the opposing view, and it was genuinely inspiring to be part of such a reasonable debate.

Credit must go to the two actors, Harriet Madeley and Tom Ross-Williams, who effectively chaired the discussion.  They had clearly done their research, and were not fazed by the answers that came their way.  It was slightly unclear as to why they came out of character at this juncture, especially as James MacLaren as Adrian Lovett was resolutely still in character, but it may be so members of the audience feel safer in voicing their opinions.

I can imagine that with a less forthcoming audience, this period would be rather painful, but given the emotive topic, and the way the show’s marketing has markedly encouraged healthcare professionals to come, I would hope that there will never be a shortage of audience members with strong, well-reasoned opinions.

It is pretty clear where Mark Knightley, co-founder of Brave Badger Theatre, and the writer and director, stands in relation to this issue (and to give you a clue, let’s just say it’s rather appropriate that this piece is taking place in the former offices of The Guardian), but to be fair to him, he allows the opposing view a voice, albeit from the mouth of probably the play’s least likeable character.  The four actors are all strong, particularly James MacLaren as the eponymous anti-hero and Harriet Madeley as the lead surgeon.  MacLaren is superb in the way he veers from the comically matey to the pathetically vulnerable, whilst Madeley is forceful, dry, and the glue that holds the production together.

In summary, if you care in some way about the future of the NHS in this country (which I imagine is most of you) then I urge you to go and see this piece.  Whatever your opinions on healthcare, you will be made to question them, and the final line of the piece, ‘when it’s gone, it’s gone,’ should resonate strongly.

The Heart of Adrian Lovett is on at Theatre Delicatessen, 119 Farringdon Road, EC1R 3DA until May 9th. www.theatredelicatessen.co.uk/js_events/the-heart-of-adrian-lovett