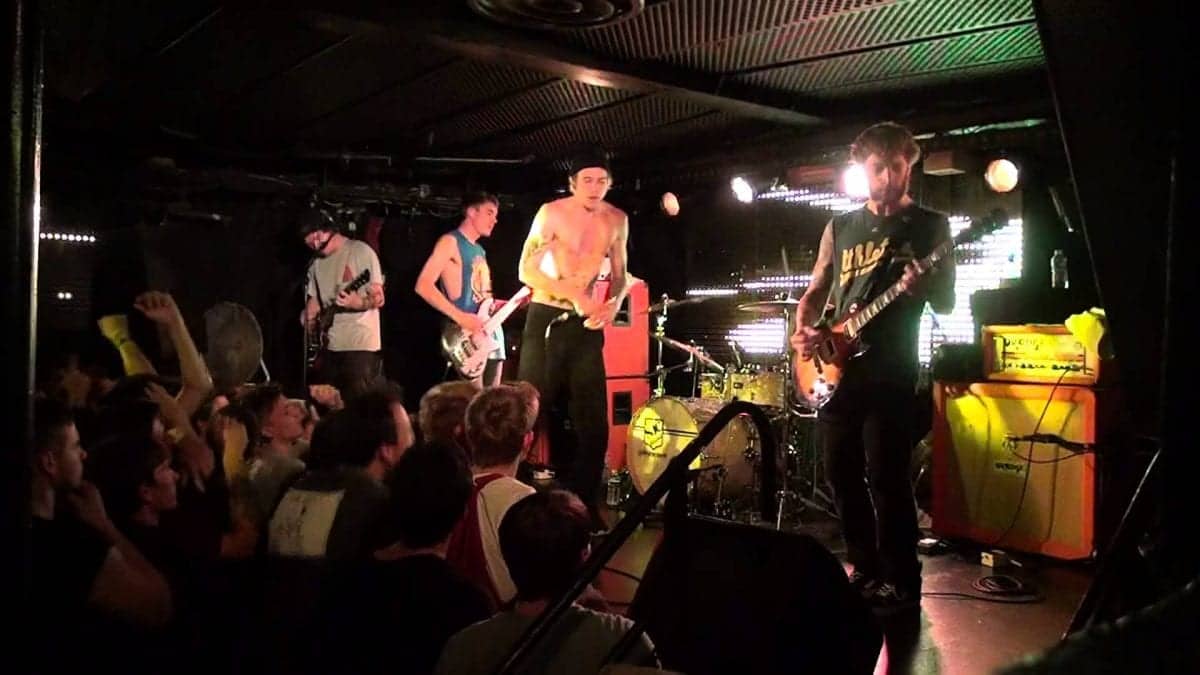 The lead singer of punk band The Story So Far has been filmed drop kicking a girl off stage during a concert for taking a selfie.

The five piece band were drawing the set to a close when a crowd surfer made it to the stage at Mod Club in Toronto. When she tried to take a selfie in front of the band frontman Parker Cannon drop kicked her back in to the crowd.