By Joe Mellor, Deputy Editor Looks like Noel isn’t having anything to do with the Ice Bucket challenge his brother set him, maybe it is clogging up his Facebook news feed and it is starting to wear a bit thin, who knows? Well as ever it is a great excuse to put together his best […] 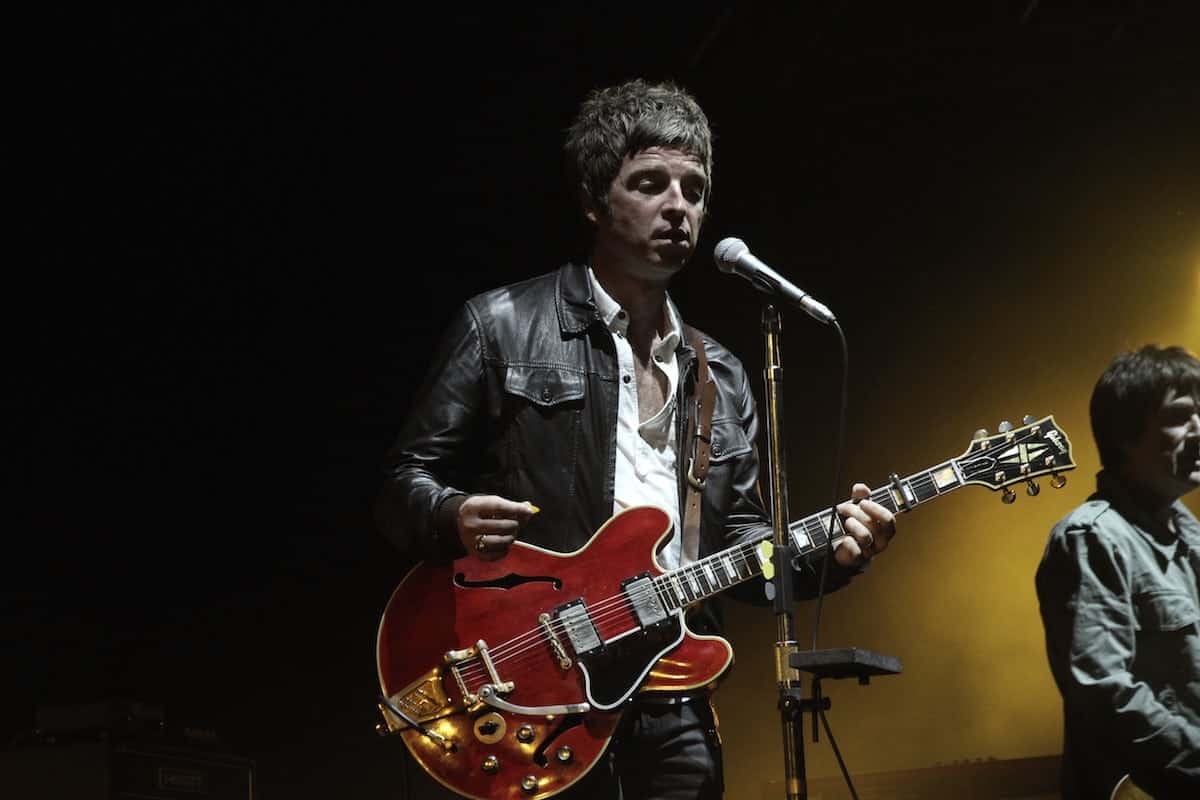 Looks like Noel isn’t having anything to do with the Ice Bucket challenge his brother set him, maybe it is clogging up his Facebook news feed and it is starting to wear a bit thin, who knows?

Well as ever it is a great excuse to put together his best quotes from over the years.

2.On the death of guitar music: “They’ve been saying it for 30 years, ever since The Beatles split up, you know, that rock’n’roll’s dead. When ever there’s a boom there’s always a bit of a lull afterwards. I suppose that avant garde punk rock will come back for a while, and it will all be shit again, and then guitar music will come back.”

4.On playing guitar: “It’s a human playing a tree. Three chords on a guitar: now write a song. I only know 11! But I tell you what, God help you when I find the 12th!”

5.On the possibility of a live album: “We’re going to do a live album when I run out of ideas for songs, or if Liam starts writing Oasis songs (ha ha ha).”

6.On drugs: “If there were gold medals for taking drugs for England I would have won a shitload.”

7.On Kaiser Chiefs ‘being wankers’: “Well, they are, though. The worst thing about them is that they’re not very good. They play dress-up and sit on top of an apex of meaninglessness. They don’t mean anything to anybody apart from their fucking ugly girlfriends.”

8.On Jay-Z: “What did I think of Jay-Z doing ‘Wonderwall’? It was pretty funny. But I’m not sure one should be seen in public with a white Stratocaster.”

9.On Keane: “I feel sorry for Keane. No matter how hard they try they’ll always be squares. Even if one of them started injecting heroin into onto his cock people would go ‘Yeah but your dad was a vicar, good night’

10.On the worst possible psychological torture: “Being sat beside Liam on a 15-hour flight. It happened just the once, going to Japan or somewhere. It’s just horrible.”

11.On Liam: “He’s rude, arrogant, intimidating and lazy. He’s the angriest man you’ll ever meet. He’s like a man with a fork in a world of soup.”

12.On ‘Definitely Maybe’: “Look. I was a superhero in the ’90s. I said so at the time. McCartney, Weller, Townshend, Richards, my first album’s better than all their first albums. Even they’d admit that.”

13.On Liam: “I read these interviews with him and I don’t know who the guy is who’s in these interviews, he seems really cool, because the guy I’ve been in a band with for the last 18 years is a fucking knobhead.”

14.On credibility: “Jack White has just done a song for Coca-Cola. End of. He ceases to be in the club. And he looks like Zorro on doughnuts. He’s supposed to be the poster boy for the alternative way of thinking… I’m not having that, that’s fucking wrong. Particularly Coca-Cola, it’s like doing a fucking gig for McDonald’s.”

15.On drugs: “Didn’t go into rehab like all me mates did – fucking lightweights.”

16.On meeting Tony Blair: “I don’t have a crystal ball. I didn’t see he was going to turn into a cunt. I was 30, off me head on drugs, and everyone telling me we were the greatest band since who knows. Then the prime minister invites you round for a glass of wine. It all becomes part of the high.”

17.On Thom Yorke: “No matter how much you sit there twiddling, going, ‘We’re all doomed’, at the end of the day people will always want to hear you play ‘Creep’. Get over it.”

19.On drugs: “I still tell people that the ‘Be Here Now’ album is the best advertisement against taking cocaine. It goes on too long, it’s smothered by its self of self-importance – the same as coke users are.”

20.On Blur: “Damon Albarn is a fucking knobber. And his guitarist – who I thought was all right – seems to think that he’s some intelligent superhuman being, the fucking idiot.

21.On hip-hop; “I fucking despise hip-hop. Loathe it. Eminem is a fucking idiot and I find 50 Cent the most distasteful character I have ever crossed in my life.”

23.On ‘Be Here Now’: “If you’re given a blank cheque to record an album and as much studio time as you want you’re hardly gonna be focused. There’s a pub round the corner and Kentucky Fried Chicken – you just get lazy.”

24. On literature vs rock ‘n’ roll: “People who write and read and review books are fucking putting themselves a tiny little bit above the rest of us who fucking make records and write pathetic little songs for a living … I don’t get it. Book sellers, book readers, book writers, book owners – fuck all of them