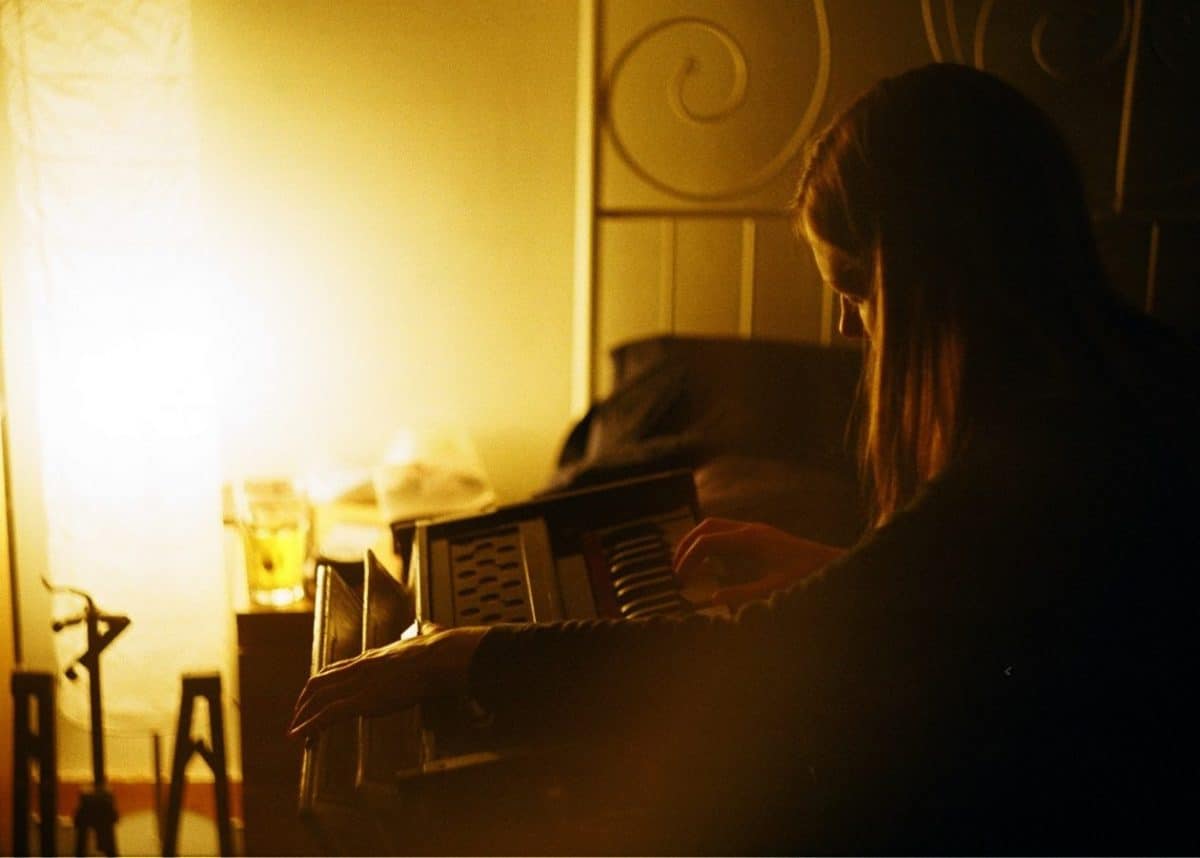 An expedient spring debut for a band headed by self-proclaimed nature kid Alex Story, The Rebel Kites debut EP, ‘The Witnessing’, is an appropriately vernal and pagan diorama of sound. Despite, or perhaps because of, their very urban base in Hackney Wick, (absence makes the heart grown fonder, etc.), the soundscape here is one that takes the listener to a place that if not exactly green and pleasant, is certainly of the earth. Indeed a portion of the album was recorded in a rural studio along the Norfolk coast and this comes through. In line with the bands immersive and expansive sound they choose to eschew the commercial music-manager maxim of keeping songsa radio-friendly three to four minutes, with the shortest one being over four and the other three being five and six minutes long.

The fact that Rebel Kites work their way through fifteen instruments at an average gig gives some idea as to the complexity and build of each song, while the intricacy of the musical patterns is an impressive coup. It is an aural kaleidoscope to quote the band’s own blurb. These are hardworking and technically adroit musicians.

As far as influences go there is an undeniable Fleet Foxes inspiration here, with a strong focus on vocal harmonies and intelligent lyrics. Alex Story and violinist/vocalist Polly Jones’ voices blend delightfully together and work most powerfully in the final, and my favourite of the four songs, Various Humans. There is also a subtle, time-honoured English folk sound to be found, a Fairport Convention/Fotheringay vibe, just thankfully without the twee jigs and reels! And though stylistically quite different, something about the cinematic enveloping quality of the EP brought me back to the wonderfully nostalgic sound of  Silverchair’s 2002 album Diorama.

A dreamy and accomplished debut; lie down in the grass, look at the clouds (or Atlas Sky) and be charmed.

‘The Witnessing’is out April 10th. They are playing at  Cargo on April 25th.