By Declan Roberts (declanmr) Mode, London, 27/03/15 3pm. London. Mode. Free. Definitely four things you wouldn’t associate with a Blur gig, but here we are. The band are previewing their sixth album ‘The Magic Whip’ to a lucky selection of fans in one of the capital’s smaller venues. ‘Lonesome Street’ opens the set, a combination of […] 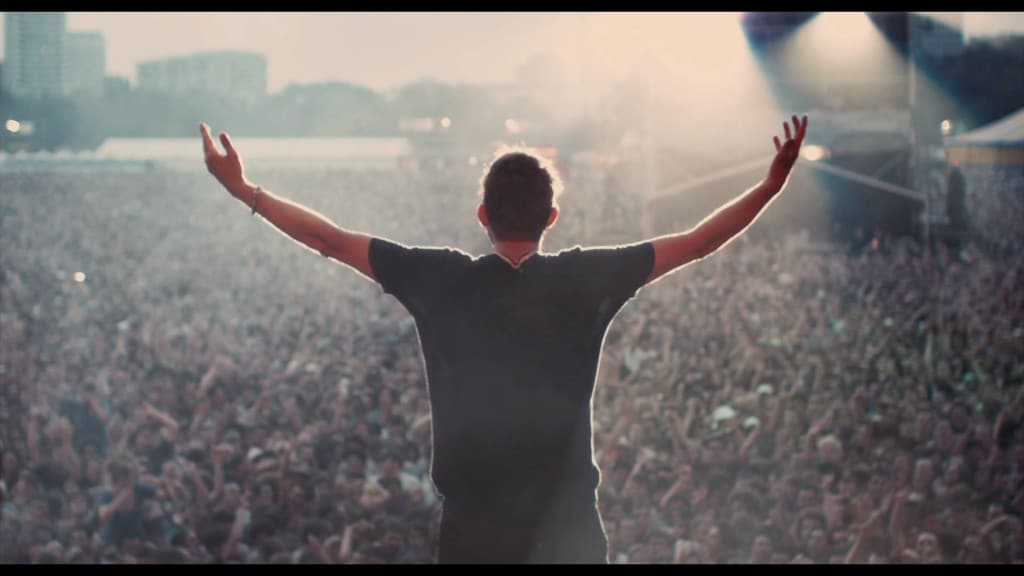 3pm. London. Mode. Free. Definitely four things you wouldn’t associate with a Blur gig, but here we are. The band are previewing their sixth album ‘The Magic Whip’ to a lucky selection of fans in one of the capital’s smaller venues.

‘Lonesome Street’ opens the set, a combination of Coxon and Albarn vocals and a track that could have easily slotted into the ‘Parklike’ tracklist. It’s a start-stop affair with a pure Brit-pop vibe. Couple this with background electronics suggesting Japanese techno influences and plenty of ‘Wahoo’s and we have an updated ‘Song 2’ 2.0. Albarn sprays the crowd from his water bottle as if to start his own Blur chaos right from the off.

‘New World Towers’ is very much a piano ballad. With an opening reminiscent of The Smith’s ‘Please, Please, Please Let Me Get What I Want’, Coxon’s indie riff accompanies the innocent piano notes while the choir, appearing on the venue balcony, contribute a beautiful visual and aural aesthetic. Many swaying beats and acoustic tempos from the song feel like much of Albarn’s latest record ‘Everyday Robots’.

Blur move quickly through the 45 minute set, only pausing briefly to address the crowd. Coxon’s screeching guitar – almost prog-rock like – fills the intimate space with distortion. Albarn gets as close to the barrier as he can, rallying the chant “to the local”, a beckoning call to get everyone to the pub afterwards to go absolutely crazy. Albarn looks pumped and the Blur reunion looks like a fantastic idea. The crowd are fully behind them, too, with bodies flying in every direction.

James lights up a cigarette before ‘Ice Cream Man’ to create a mellow mood for a darker side of the set. Albarn is preacher-like, calling for help in his lyrics. Three quarters of the way through the song breaks out with dizzying guitars but maintains an admirable magic with a continuous xylophone chime. The duo of Coxon and Albarn share vocal duty again until Coxon rings out “You again!” sparking a cacophony of screeching and tambourine beats that brings the track to a dramatic instrumental end.

The collaboration of electronic-focused and traditional instrumentation on ‘Thought I Was a Spaceman’ work well together, giving it a cutting-edge sound that only Blur could pull off. The pace is electric, Albarn almost screams at times rekindling his youthful years as he bounces around the stage in an anarchic display.

In an instant Albarn’s coat is off and his guitar is on. His solo record rings true as ever with the acoustic roots of ‘I Broadcast’ shine. The crowd becomes calmer as the front trio sway affectionately whilst Rowntree pitter patters his set in the background.

Albarn salutes the band and the crowd as the military drums ring out for ‘There Are Too Many Of Us’. The set begins to close on the subdued tones ‘Ghost Ship’ feeling very dark as the lights cast a red gloom over the band. The set’s big singalong moment arrives with ‘Ong Ong’. It’s a new track but this dedicated crowd embraces it as if it’s a greatest hit. It is a real trip down memory lane and Blur look as they once did in their hey-day as “I Wanna Be With You” and “La La La La” reverberate around the room in joyous fashion.

The album’s final track carries a dark, eerie motif as a blue moon haze covers the stage. Albarn and Coxon’s guitar playing is effortless, drenched in reverb as “Hold Close To Me” strikes up in a final cry. It all ends with a song from ‘Parklife’ last performed in 1993, ’Trouble in the Message Centre’, which even Albarn needs a song sheet to read off, but in a glorious treat for die-heard fans that the crowd adores. The set ends how it started, in a hail of glorious noise as Albarn showers the crowd with water. In Albarn’s own words, there’s no other way.