Jamie Lenman Scala 2.5.17 Support: HCBP, Frauds Jamie Lenman may never escape the shadow that his hard-fought time in Reuben has cast, but he’s been giving it a damn good go. Almost four years on from the duplicitous fury and folk of his debut solo double album Muscle Memory new music has finally made its […] 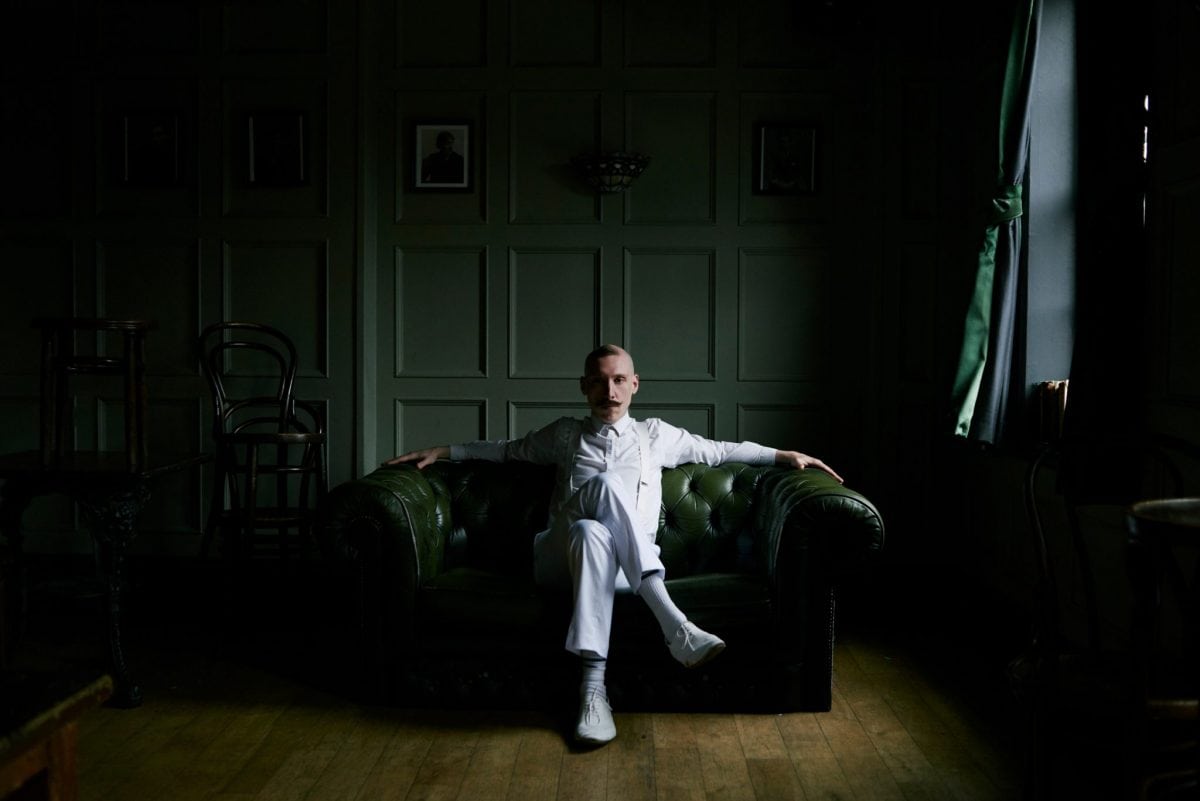 Jamie Lenman may never escape the shadow that his hard-fought time in Reuben has cast, but he’s been giving it a damn good go. Almost four years on from the duplicitous fury and folk of his debut solo double album Muscle Memory new music has finally made its way out to the public, and so Jamie has found himself back in the fray, and he’s brought friends with him.

First up are Frauds, who play the kind of shouty indie alt crossover you might expect from The Young Knives if they grew up on Clutch grooves and lads mags. For all the distracting humour in their set (an interlude of grinding noise and screaming to ‘purge the demons’ goes on for a full minute) the fundamentals – schlocky riffs and lead fisted rhythms – are rock solid.

Next, you’d be mistaken for thinking HECK have dropped a couple of members since you saw them last, until you realise that HCBP (Haggard Cat Bothday Present) are a creature all their own. Matt and Tom of HECK have taken the formula Josh Scogin refined in 68 and applied it to their own brand of whirling punk. The result is rasping blues ‘n’ roll with greater melodic sensibilities than their HECK mothership, and a hot focus on fuzzed-out riff Americana. The result is bigger tunes at the cost of chaos. For once Matt is able to resist entangling himself in the scaffolding.

The time away since the Muscle Memory tour wrapped has changed Jamie Lenman. On stage, dressed head to toe in white, head shaved, moustache tips skyward, the frontman looks renewed and in sharp relief in comparison to the waistcoats and polished boots of the Muscle Memory era. He’s even managed to scalpel away most of his band members, making this a night of duos. Newbie ‘Waterloo Teeth’ opens the set to a crowd divided by design. Muscle Memory was a curio; a meeting of hardcore punk and folk on the banks of the Mississippi. This kind of juxtaposition makes the Jamie Lenman sound, much like the man himself, difficult to suss. On one hand, the bile of ‘Fizzy Blood’ and ‘No News Is Good News’ are wild displays of pointed, intelligent aggression, quietly extinguished by the Motown fringed heartache of ‘I Ain’t Your Boy’. On record the shift is more natural. Live, the loss of momentum feels like a risk.

But in the hands of Lenman, who is on jocular form, armed with stage banter as taut as his braces, there isn’t a second of dead air all night. In what should be a patchwork of material, Jamie somehow comes good to the hardcore and heart-throb contingents alike, as well as the Reuben die-hards hunting the nostalgia of …Racecar Backwards and …Very Dangerous. The stupid fun of ‘Parties Breaks Hearts’ spills beer with the wistful folk of ‘Shotgun House’, while the shameless boot-stomping ho-down incited by ‘If You Have To Ask You’ll Never Now’ shares the red mist of a seething ‘Six Fingered Hand’. There’s even room for ‘Mexican Wave’, a Kerbdog cover that is Lenman in spirit if not writing credit. The night hangs together on the strength of the man behind the music, and is surely a testament to the magnetism of his songwriting. With a little luck and even less doubt, Jamie keeps the trick going into solo album number two.