High-profile artists and industry figures support the initiative, which could provide a financial lifeline 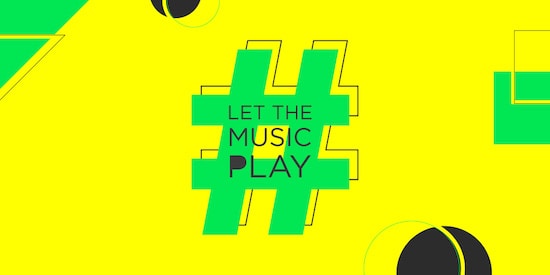 High-profile figures in the UK’s live music scene, along with venues, crew and industry figures, are today issuing an urgent plea for support from the UK Government.

Today’s launch will see industry-wide action to encourage Government support. Efforts have begun with a letter to culture secretary Oliver Dowden signed by thousands of artists, crew and venues.

The joint letter states: “UK live music has been one of the UK’s biggest social, cultural, and economic successes of the past decade. But, with no end to social distancing in sight or financial support from government yet agreed, the future for concerts and festivals and the hundreds of thousands of people who work in them looks bleak.”

The UK live music industry is the second biggest in the world but stands to lose at least £900 million if it remains closed for the rest of 2020.

The live music industry was one of the first to be hit by the Covid-19 pandemic lockdown and will be one of the last to get back on its feet. Government support has been vital for so many in our sector. However, this support is now tapering to an end, and with no clear timeline on when the industry can return to full capacity, festivals and venues are struggling to survive. Like other countries such as Germany and Australia, we need the Government to help the music industry, which contributes £5.2 billion to the economy annually and sustains almost 200,000 jobs, to ensure it remains world-leading following the damage caused by this pandemic. The music industry has come together with a major campaign to highlight the huge challenges for the industry and some possible solutions. Our campaign is called #LetTheMusicPlay. It has support right across the industry and gathering huge public support too. Read more to find out what we are asking for, why it is needed, what we are doing and what you can do. ukmusic.org/policy/let-the-music-play

As a build on the initiative, music fans on social media are being called upon to post films and photos of the last live gig they attended using the hashtag #LetTheMusicPlay.

Dua Lipa said: “It’s incredibly important for artists like myself to speak up and support the live music industry in the UK. From the very start playing live concerts up and down the country has been a cornerstone for my own career. I am proud to have had the chance to play through all the levels … small clubs, then theatres and ballrooms and into arenas, and of course festivals in between each touring cycle.

“But the possibility for other emerging British artists to take the same path is in danger if the industry doesn’t receive much needed government support in the interim period before all the various venues, festivals and promoters are ready and able to operate independently again.”

Emily Eavis, Glastonbury organiser, said: “The UK’s venues, festivals, performers and crew bring so much to this country’s culture and economy, but they are now facing desperate financial challenges. If the government doesn’t step up and support the British arts, we really could lose vital aspects of our culture forever.”