The band's latest single, The New Adventures of the Superhumans, gives a scathing commentary on society’s inequalities. 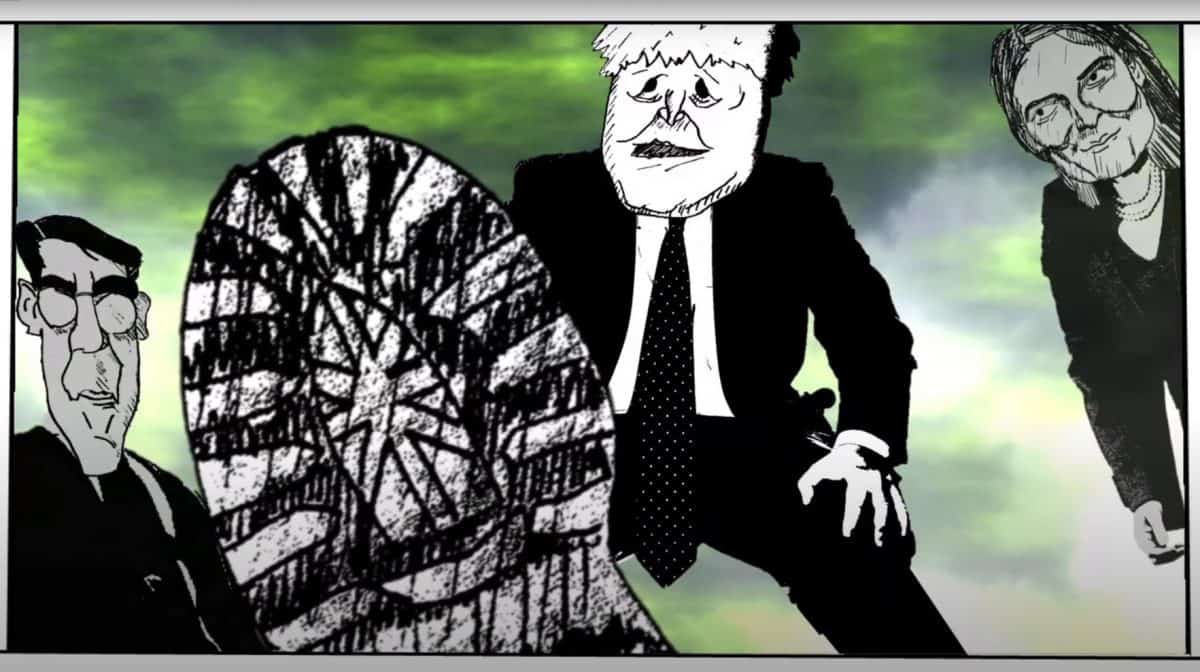 Leeds duo Arc of Triumph have released a new double a-side single, The New Adventures of the Superhumans/In My Arms, marking the first material from the band since their 2021 album Rampjaar.

Picking up the thread laid by their previous two albums, Arc of Triumph’s political leanings are more evident than ever in The New Adventures of the Superhumans. It gives a scathing commentary on society’s inequalities.

The song warns of a dystopian future where the rich are still untouched by the damage to our planet caused almost exclusively by them:

“The final age is looming / so save the superhumans / they haven’t flown this far to lose.”

Although imagining a distant future, the song’s themes are applicable today. Simon Elvin said: “All around us are inequalities and injustice. People can no longer afford the basics and the planet is in mortal danger. Yet, billionaires continue to hoard wealth hand over fist, piling misery and suffering on the vast majority, for their gain.”

Rory Holl said: “We wanted to document our feelings on the current situation. At the moment, it’s very hard to see how our planet can survive what the governments and the mega-rich are doing to it.”

Musical influences for Arc of Triumph (made up of Simon Elvin and Rory Holl) are wide-ranging from 70s prog of Yes! and Genesis to 80s electro pop, with a nod towards latter-day Radiohead.

And the “electronic textures and moody synth sounds” described by James R Turner in his review of their second album, Rampjaar, last year are certainly back in this new release.

After a brief hiatus following the release of Rampjaar, the pair were back in the studio in the spring to start work on new material. The double a-side marks the first release for their third album due for release next year. So, watch this space!

In a review of 2021 album ‘Rampjaar‘, The London Economic described the band as harnessing a “superb technical ability to deliver a futuristic prog-rock album befitting of its time”.

And Superhumans is certainly befitting of its time too. The video imagines the Earth as a dead planet with the only survivors being the privileged few who are able to preserve themselves from the destruction they have caused.

We see the likes of Boris Johnson, Putin, Trump, members of the royal family, Jeff Bezos, Roman Abramovic and Jacob Rees-Mogg escaping the dying Earth. Rocketing off in cryostasis, they find a new planet while the rest of us perish. A metaphor for their financial ability to avoid the worst effects of climate change.

The final chorus imagines how history will judge these people:

“In cryogenic futures / they’ll raise the superhumans / and make them pay for what they’ve done.”

Watch the video to see their fate.

Simon said: “As well as the emergency of climate change, the way the rich can shield themselves from the problems they cause is reminiscent of the current cost-of-living crisis. We have nurses using foodbanks. We have schools with lower budgets next year than they did in 2015. We’ve had a series of Tory governments seemingly hell-bent on a financial smash-and-grab at the expense of working people.”

Rory added: “People are struggling more than ever just to exist. But it doesn’t affect the rich and privileged so it’s hard for them to care. We don’t think people who have grown up in luxury and who have never had to worry about money should be running the country.”

Listen to The New Adventures of the Superhumans now on Spotify, iTunes, or Amazon Music.