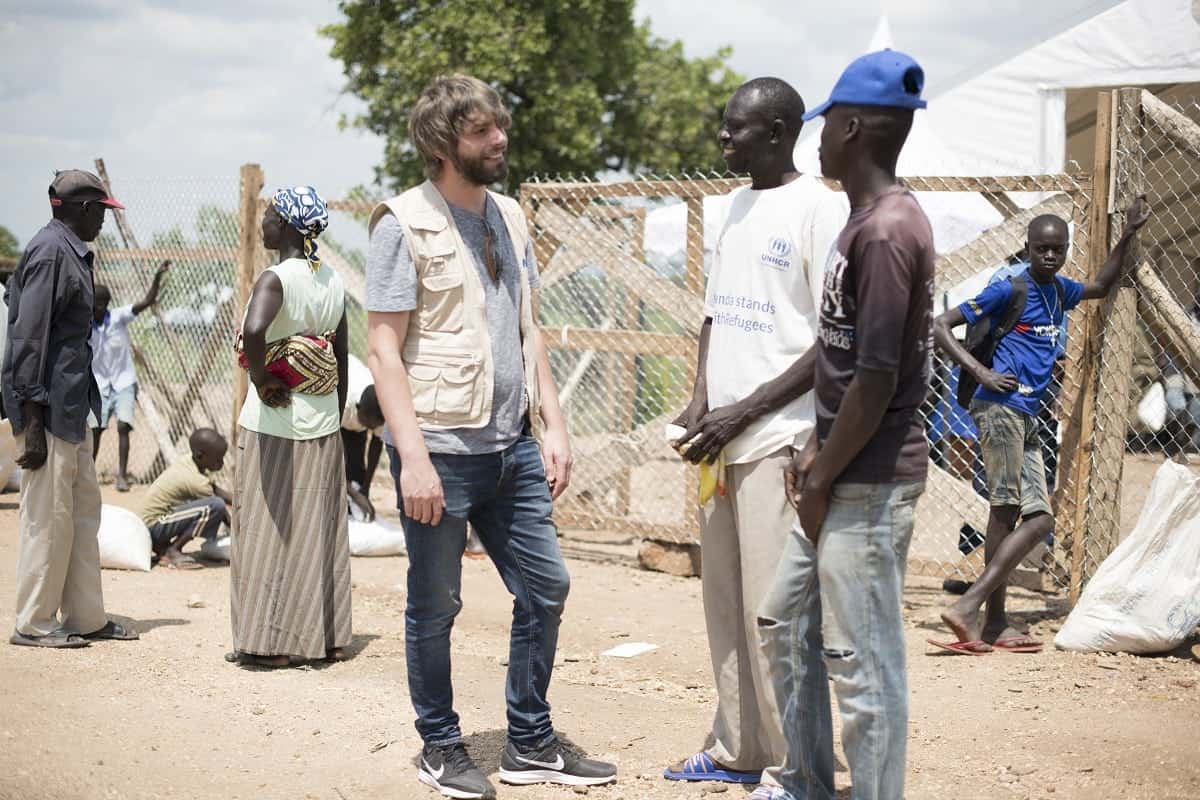 Award-winning composer and music producer, Benson Taylor, will join the United Nation’s World Food Programme (WFP) in Uganda on World Refugee Day, 20thJune 2018, as part of their Storytellers project to draw attention to the stories of South Sudanese refugees living in Bidibidi, Uganda.

Benson’s composer credits include Suits, Grey’s Anatomy, Orange Is The New Black, The Big Bang Theory, Two and Half Men, Breaking Bad, Comedy Central’s 30 Rock, The NFL Superbowl and many more TV shows and films around the world.

He has also written the music score to the upcoming film adaptation of the Martin Amis thriller, London Fields, directed by Mathew Cullen and starring Billy Bob Thornton, Amber Heard, Theo James, Cara Delevingne, and Johnny Depp. Including songs for the film with Bat for Lashes, Meshell Ndegeocello & Temples.

The WFP Storytellers Uganda project supports South Sudanese refugees in Bidibidi as they work to become the next generation of communicators empowered to tell—through photography, film and music—the real story of their communities, explain what it means to live as a refugee and be food insecure, and highlight the importance of the support they receive from WFP.

“A good storyteller connects with the whole community.” . Our @wfpstorytellers are having so much fun gathering inspiring stories and learning to take great photos this week with @worldfoodprogramme_official Stay tuned to see and hear stories from their community in #bidibidi refugee settlement! ?????? . #storytellersUG #stories #refugees #bidibidi #africa #photojournalists #teamwork #changinglives #wfpstorytellers #storytellers #uganda #southsudan

“I’m excited to be a part of the WFP Storytellers project in my going work with WFP, it’s an incredible initiative helping young South Sudanese refugees develop skills to advocate for a better future.” – Benson Taylor

Throughout his stay, Benson will meet with talented artists across the camp, listen to their stories, and learn about their aspirations and struggles. The trip will include writing and recording sessions with musician Storytellers to work on a special Zero Hunger anthem to highlight the project. The first time the refugees will have left the Bidibidi settlement to enter a recording facility.

“There are some incredible musicians that we’ve found in Bidibidi, and I’m looking forward to taking them on what will be an incredibly memorable journey for me and them into the recording studio – let’s see what we come up with!”

Benson will also take part in a graduation ceremony on 20th June, coinciding with World Refugee Day, at the Bidibidi refugee settlement. The Ugandan President will also be visiting the settlement on the 20th June.

Fresh from a studio session with Bo Ningen, Taylor recently established his own label, A Remarkable Idea (a subsidiary label of Universal Music), and produces and co-writes all music for the label.

Taylor is fast accumulating critical accolades, having won ‘Best Original Music’ at the 2014 Monaco International Film Festival, awarded to him by Jury President, Academy Award® nominee, Roland Joffé. MovieScope Magazine has since styled him as “The New Sound of Hollywood” and in November 2016 he was awarded an Honorary Doctorate for his services to music and humanitarian causes. London Fields was selected in the Special Presentations at the Toronto International Film Festival and is released worldwide in Summer 2018.