Dualtone/Decca Records will release ‘CHUCK,’ the final album and first new recordings in nearly four decades by founding rock and roll legend Chuck Berry, who passed away last week at the age of 90, on 16th June.   Comprised of ten new recordings, eight of which were written by Berry, ‘CHUCK’ is his first new […] 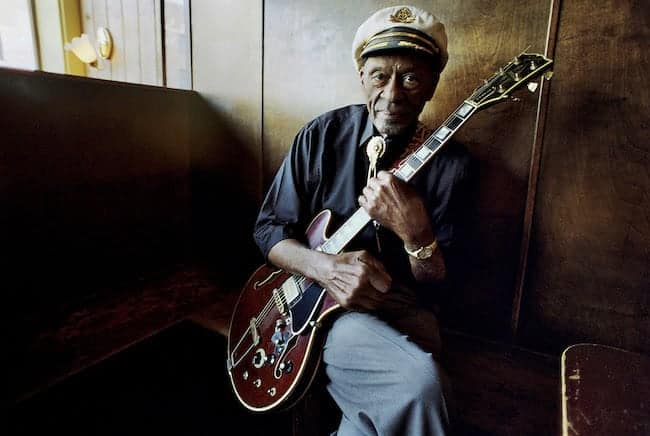 FacebookTwitterLinkedinEmailWhatsapp
Dualtone/Decca Records will release ‘CHUCK,’ the final album and first new recordings in nearly four decades by founding rock and roll legend Chuck Berry, who passed away last week at the age of 90, on 16th June.
Comprised of ten new recordings, eight of which were written by Berry, ‘CHUCK’ is his first new album since 1979’s ‘Rock It.’ It was recorded and produced by Berry in various studios around St. Louis and features his longtime hometown backing group – including his children Charles Berry Jr. (guitar) and Ingrid Berry (harmonica, vocals), plus Jimmy Marsala (Berry’s bassist for forty years), Robert Lohr (piano), and Keith Robinson (drums) – which supported him for nearly two decades on over two hundred residency shows at the famed Blueberry Hill club. The album also includes guest performances from Gary Clark Jr., Tom Morello, Nathaniel Rateliff and Chuck’s grandson Charles Berry III.  Acclaimed author and historian Douglas Brinkley contributes liner notes.
Both Morello and Rateliff appear on album track ‘Big Boys,’ which Brinkley calls “a guitar player’s national anthem” in his notes.
“Working to prepare the release of this record in recent months and in fact over the last several years brought him a great sense of joy and satisfaction,” the Berry family said in a statement posted to Facebook earlier this week.  “While our hearts are very heavy at this time, we know that he had no greater wish than to see this album released to the world, and we know of no better way to celebrate and remember his 90 years of life than through his music.”
Some of the songs on ‘CHUCK’ were originally conceived as far back as the 1980s, with Berry developing them in his home studio in St. Louis over many years during down time between tours.  He worked on the album through 2014.  When health concerns forced him to stop touring and recording in 2015, Berry continued to oversee production and planning for ‘CHUCK,’ enlisting his family and close friend Joe Edwards, the owner of Blueberry Hill, to fulfill his wishes that the album be completed and released. And from album highlight ‘Lady B. Goode,’ a spiritual sequel to the iconic ‘Johnny B. Goode’ featuring ripping solos from three generations of Berry guitarists, to the poignant country balladry of ‘Darlin’,’ a duet with his daughter Ingrid, ‘CHUCK’ truly is a family affair.
“Working on my Dad’s record has been one of the best experiences of my life,” said Charles Berry Jr. “I will forever treasure the musical conversations we had, and the time we spent together completing it.”

Chuck Berry’s passing on 18th March prompted an outpouring of support and condolences from fans, fellow musicians, and world leaders – from members of The Rolling Stones and Beatles, to former presidents Barack Obama and Bill Clinton. The Times commented, “Berry created a set of riffs that remain the core building blocks of rock guitar-playing. He combined them with smart, sassy, sly and playful lyrics that painted incisive vignettes of teenage life. The result was a series of perfect three-minute pop masterpieces.” The Daily Telegraph reflected, “Chuck Berry was one of the undisputed, all-time greats of rock and roll, a founding father of the music that shook and shaped the world. His influence on Elvis, The Beatles and Stones (as well as every other star of the rock and roll firmament, from Buddy Holly to Bruce Springsteen) is enough to guarantee musical immortality”.
Rolling Stone claimed that Berry “defined rock & roll during it’s early years and for decades to come.” The New York Times called Berry rock’s “master theorist and conceptual genius, the songwriter who understood what the kids wanted before they knew themselves,” adding that after 60 years, his earliest music “still sounds reckless and audacious.” 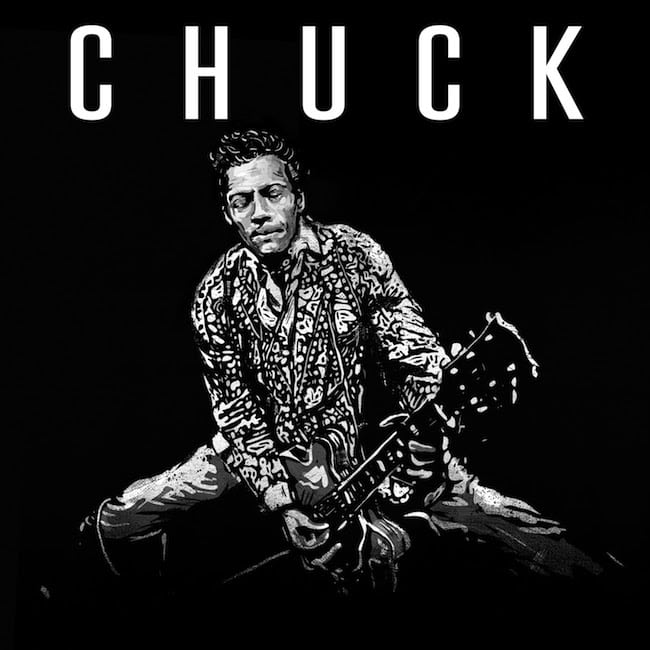